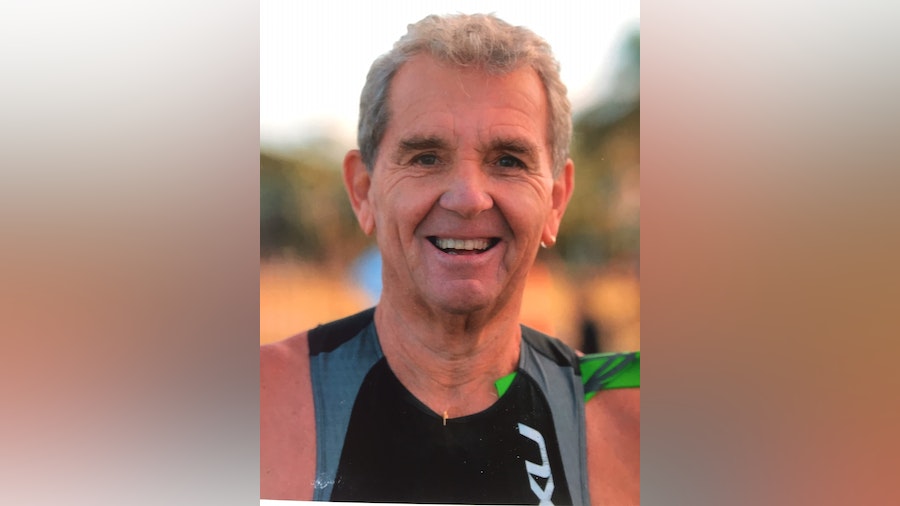 At 79-years of age triathlon is not about the medals for Loch Blatchford, it is about the journey. On Sunday March 15th 2020 Loch Blatchford won his fifth Australian Standard Distance title in Mooloolaba, Australia.

Triathlon has its world champions. A bit further down the ladder are people like me who look good if the champs don’t turn up. My only chance of moving from Australian champion to World champion is through attrition. I cannot get faster but I can protect and preserve what I have. Strength training can help. I do weights twice week. Weights won’t make me faster but they help with longevity.

Aiming for the ITU Multisport World Championships
I was disappointed in my performance at Mooloolaba but there are lessons to be learned. I have had better races. I was slow. I had anticipated this as I had been concentrating on long, slow distance training for the 2021 ITU Townsville Multisport World Championships, long distance triathlon. Lesson: more speed drills. Seventeen months to Townsville. A race three times longer than Mooloolaba. Will I make it? Who knows? Will I try to get there? You betcha! That is why I have already started my preparation – long sessions, tempo sessions, HIIT sessions and weights.

Why triathlon?
For those of you who don’t know me and think I might be genetically gifted, nothing could be further than the truth. I am an average swimmer, slow runner and hopeless cyclist. But I’ll tell you my secret to winning. You have to enter. You have to start. And you have to finish.
Another Australian title. Enter and finish. Simple!
Why triathlon? Because I love the variety of training. I love the race day atmosphere. The appreciative crowds where spectators line the run course and cheer me home. I love the happy, helpful volunteers. The marshals, the technical officers and the lifeguards. These people combine to ensure my day is stress free and enjoyable. And they are always so happy. And helpful. And tolerant. How could one disappoint them by not finishing?

Greatest inspiration?
My inspiration comes from people like Eddy the Eagle who competed in the Olympic ski jump knowing he would come last. Stephen Bradbury, the Australian who won Olympic gold in the skating when those in front of him crashed before the finish line. And then there is the Japanese triathlon sensation Hiromu Inada, who at 85 became oldest Kona finisher. And one should not overlook the triathlon tribe. The mums, dads and kids who participate for the joy of racing. They are fitter, faster and younger than me and consequently people to admire and emulate.

Do you get nervous on the startline?
After 26 years I still suffer from pre-race nerves. Trouble eating, sleeping, finding things, etc. But once the gun goes off, I relax and get on with it. I want to finish and I want to finish uninjured. I want to be able to race again. I give each race my all. I am doing my best even if it looks like I’ve given up. Whether I am faster or slower than my previous race is in the lap of the Gods.

Like most oldies, I have a few health and structural problems. I had bad asthma as a kid. I was hospitalised a few times and spent 18-months confined to bed in an attempt to build my resistance. I still have problems breathing but puffers keep me going.
Deterioration and injuries are a part of life. You adapt and move on. The world is full of inspiration if you bother to look. I have been passed by a one-legged cyclist and a blind swimmer. WTF was that all about? I’ll carry on as long as I’m able. As my mum used to say, “There’s time enough to rest when you’re dead!“

Find out how you can become an ITU World Triathlon and Age-Group World Champion! 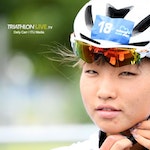 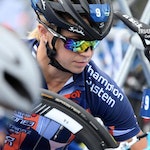 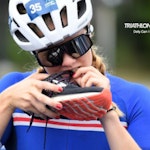 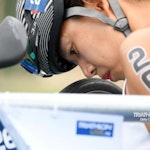 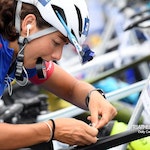 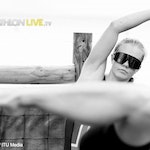 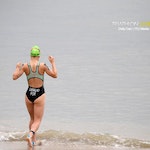 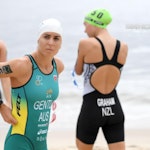 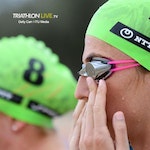 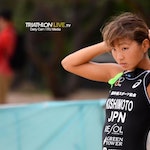 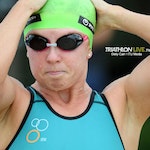 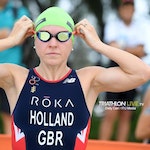