Get ready for a revamped 2023 calendar full of action on the blue carpet! 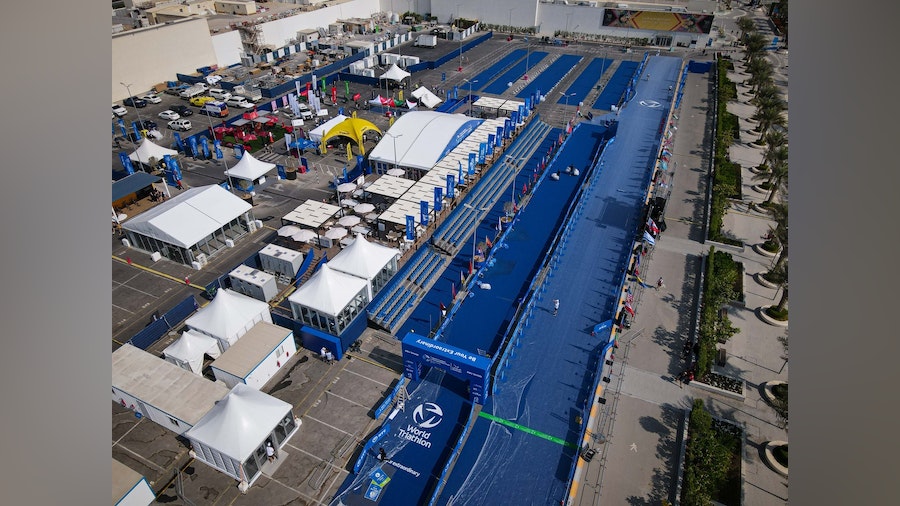 With the 2022 season coming to a thrilling close in Abu Dhabi, the World Triathlon Executive Board has approved the racing calendar for next year. Another exciting World Triathlon Championship Series season is ready to go, one that will start exactly where we left it, in Abu Dhabi, finishing in Spain, with the 2023 Championship Finals Pontevedra in September. Get your calendars ready, here is the list of the dates that you cannot miss

The World Triathlon Championship Series will return to its traditional kick off venue in Abu Dhabi on March 4-5, with stops already approved in Yokohama (Japan) on 13-14 May; Hamburg (Germany) on 15-16 July; Sunderland (UK) on 29-30 July; and will finish with the Championship Finals in Pontevedra, Spain, on September 23-24.

Major additions on next year’s calendar will be Hamburg, as the city hosts the Sprint & Relay World Championships, and the Spanish island of Ibiza the Multisport Championships. Please note that more events will be announced in the coming weeks.

On the World Triathlon Cup calendar, the season will start with a classic destination making its long-awaited return to the circuit, New Plymouth, in New Zealand, in March, followed by a World Cup in Busselton (Australia) in April and another stop of the circuit in Yeongdo (South Korea) the following week. The circuit in 2023 includes classic destinations such as Huatulco (Mexico), Tiszaujvaros (Hungary), Valencia (Spain), Chengdu (China), Arzachena (Italy), Karlovy Vary (CZE), Tongyeong (South Korea) or Miyazaki (Japan) with some new additions to the roaster of cities hosting events, like Bergen (Norway), Vina del Mar (Chile) or Montevideo (Uruguay). Likewise the Championship Series, the World Cup calendar is not yet considered as final.

As for the Para triathlon calendar, after its great success earlier this year, the Welsh city of Swansea will again host a stop of the World Triathlon Para Series, along with Yokohama and Devonport (Australia). For the World Triathlon Para Cups, A Coruña, Long Beach (USA) and Besançon have also been confirmed for the 2023 season. The World Championships of Para Triathlon Will take place during the Championship Finals in Pontevedra (Spain) in September, while the Test Event in Paris in August will showcase a Para Cup event besides the elite individual and Mixed Relay competitions. Further additions are foreseen regarding Para events as well.

When it comes to Major Games, Krakow in Poland will host the European Games, while Bali, Indonesia, will be the host city for the 2023 ANOC World Beach Games, with aquathlon part of the programme. Hangzhou, in China, has been confirmed to host the Asian Games in 2023, with the PanAmerican Games taking place in Santiago, Chile in November and the Pacific Games on Solomon Islands at the end of the season.

The host cities of the 2023 Arena Games competition will be jointly announced with Super League Triathlon early December. The circuit is expected to take place between 25 February and 8 April in four venues on three continents every second week. As this year, the Series events will award Continental Cup level World Ranking points, while the Final the same points as a World Cup.

Here are the dates already confirmed:

Please note that the above calendar is not final, with more events to be announced in the coming weeks.

Continuing with last season’s revamped live triathlon coverage, the world’s home for on-demand multisports action TriathlonLIVE.tv continues to bring the best of the action to desktops, tablets and smartphones. The streaming platform will once again offer all subscribers the chance to watch the races live and on-demand, as well as enjoy countless hours of extra content, exclusive interviews, behind the scenes videos and stacks more triathlon coverage!