Gold Coast to Offer Up Fast and Furious Men's Race

The shorter course makes for faster competition as the sport’s top men toe the line for a one lap 750-metre swim, four lap 20-kilometre bike and two lap five-kilometre run.

The action will be back-to-back action this weekend as both the men and the women will line up on Saturday, April 8 with the women kick starting the race day with a 14:00 start time. The men will then follow at 16:00 local time.

Spaniard Javier Gomez Noya proved that he is back and ready to produce some wins after he captured the WTS opening race in Abu Dhabi, which was his first ITU race back from injury in months. He will once again return to the Gold Coast, where he will sport the golden number one and top the men’s start list. As a five-time ITU World Champion, Gomez is a veteran when it comes to success on the race course, but he has not raced a sprint distance since Edmonton in 2015, so we will see how he ventures on Saturday.

Gomez will be joined by two of his fellow Spanish compatriots that have learned a thing or two from him and are among the top men in the field. One is none other than the reigning World Champion Mario Mola. While his eighth-place finish in Abu Dhabi did not give him the result that he normally can produce, he has shown a strength on the shorter sprint courses, so he will be in his element on Saturday. He also is the reigning WTS Gold Coast Champion, so he will be on the move to get a repeat title this weekend. While Fernando Alarza is another Spaniard to look out for. He finished just off the podium in fourth in Abu Dhabi and has really showcased his strong running abilities last season.

However, it seems that the man of the hour is South Africa’s Richard Murray. His 2017 is resulting in an early hot streak as he has so far claimed two World Cup races, fifth in Abu Dhabi and was named the inaugural Super League Champion. He also excels on the sprint course, both of his World Cup wins in Cape Town and New Plymouth were on the shorter distance, so if he keeps his momentum going he is definitely going to make the Gold Coast podium.

The Aussie men to be put on the radar is Jacob Birtwhistle, Ryan Baile and Drew Box. Birtwhistle will be making his debut WTS appearance for the season in the Gold Coast. Last year he also debuted onto his first WTS podium in Edmonton, which was also a sprint race. Baile, who is the only Rio Olympian competing from Australia, is also lining up for the first time this year, so it will be a crowd pleaser to watch him race. Box is an up and coming star for the Aussie men, having landed on some World Cup podiums last season and just waiting to explode on the WTS circuit.

Some other strong names that are sure to pose a threat to the fluidity of the race course this Saturday is Andrea Salvisberg (SUI), Ben Kanute (USA), Henri Schoeman (RSA) and Ryan Sissons (NZL). Salvisberg and Kanute are fierce on the bike and usually are among the first to cause a stir with mixups and breakaway attempts. Schoeman of course is one of the strongest swimmers which guarantees himself a place in the lead bike pack. His improvements on the run have been noticeable in previous races, so he can cause some damage this weekend. While Sissons is coming off a podium in the New Plymouth WC last weekend.

The women will get the 2017 Jewel World Triathlon Gold Coast underway at 14:00 on Saturday, April 8, while the men will follow on Saturday at 16:00 local time. Follow all of the action live at triathlonlive.tv and on twitter @triathlonlive. Trifecta is here again this year with new features. Create a new login and pick your favourites now at trifecta.usatriathlon.org.

Join the conversation with the hashtag #WTSGoldCoast 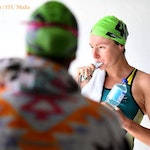 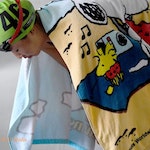 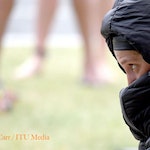 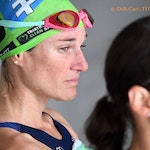 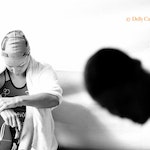 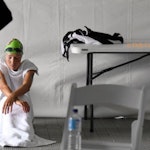 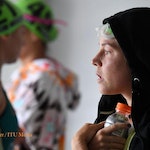 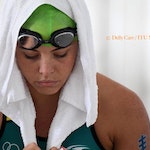 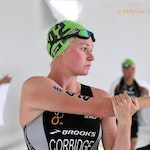 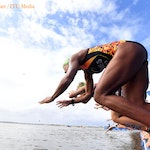 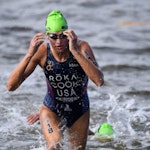 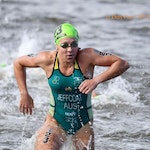