The USA’s Gwen Jorgensen rediscovered her early season form in scintillating fashion in Stockholm on Saturday, making her third World Triathlon Series in 2013 win one of her best.

In yet another stellar run leg, where Jorgensen pulled back almost 40 seconds in about 3km to take the lead from Andrea Hewitt, she went on to win by 49 seconds from Great Britain’s Non Stanford and Germany’s Anne Haug. But that run wasn’t even her favourite part of the performance, that was given to her impressive swim.

“I think I was just so shocked that I was in the front of the group, besides those two that went up the road, I was thrilled with my swim coming out of the water there,” Jorgensen said when asked about her burst of speed leaving T2. “Jamie Turner (coach) and I have been working hard on it and to see the hard work starting to pay off just feels really good.”

It was also a huge race in terms of the see-sawing battle for the 2013 World Triathlon Series title, and those who made the podium in Stockholm are now locked in a three-way fight with just 13 points separating them. Jorgensen lead’s Haug by eight, with Haug just five in front of Stanford. It means the 2013 World Triathlon Grand Final London race will decide the elite women’s champion for 2013 in a thrilling end to the season.

With a chilly wetsuit swim to start the day in Stockholm, Brazil’s Pamela Oliveira set the pace for the women as the first one to dive back into the Baltic Sea on the two-lap swim. The second lap proved to be a deciding factor, with a Sarah Groff (USA) and Mariko Adachi (JPN) working with Oliveira to pull away with a group of 20 in the choppy harbour. The bone chilling water temperatures didn’t detract Groff from leading the pack out of the water to the uphill transition. Included in that group were top players Jodie Stimpson (GBR) and Andrea Hewitt (NZL), but perhaps most surprising was the presence of Jorgensen.

Anne Haug (GER), Lisa Norden (SWE) and Non Stanford (GBR) were forced to do work early in the bike, as they trailed out of the swim by just over a minute. But with Haug at the helm of the chase, it didn’t take long before that time gap closed and they were up with the leaders. However, by the time that bridged up, Hewitt and Vanessa Raw (GBR) were making a go off the front of the bike with five laps to go.

But in a strategic move, strong cyclists like Norden and Haug opted not to go after them. With the chase behind them, the duo of Hewitt and Raw continued to push the pace the remaining three laps, securing a 33-second gap by the seventh lap in hopes their break would prove fruitful on the run.

By the end of the nine-lap course, the Kiwi pulled slightly ahead of Raw to go billowing onto the run course with a 44-second advantage. Behind them, Jorgensen bulldozed through transition with the podium on her mind to get out ahead of key athletes like Haug, Stanford, Maaike Caelers and Jodie Stimpson.

In just one lap, Jorgensen had reeled in Raw and was working on Hewitt, whom she quickly overtook early on the second of four run laps. Hewitt attempted to keep pace, but skilled runner Stanford made a move halfway through the run in an attempt to put herself on the podium. Stimpson, Caelers and Haug followed in a line, making it a four-way battle for the final medal, but it was Haug who managed to push ahead and put herself in the podium frame and in doing so just hold onto second place in the overall rankings heading into London.

Behind Haug, Vicky Holland was running her way through the field in her best WTS performance of the season, while Stimpson’s fifth place meant that there was an impressive three British women within the top five places. Sweden’s Norden, in her first race back since the 2012 Grand Final, finished 19th. 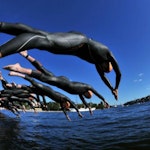 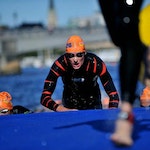 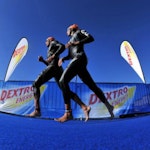 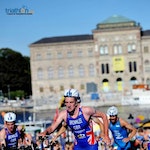 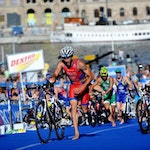 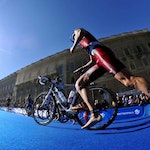 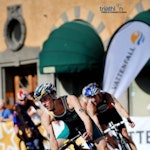 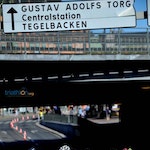 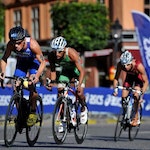 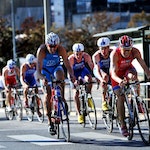 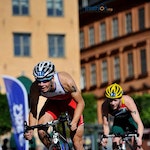 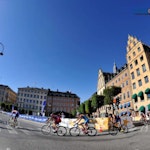