2004 Olympic champion Hamish Carter from New Zealand has been named to the list of Singapore 2010 Athlete Role Models for the first-ever Youth Olympic Games, set to take place from 14 to 26 August in Singapore. Legendary athletes, including four-time Olympic gold medallist Alexander Popov and Olympic gold-winning pole vaulter Sergey Bubka, are lined up on the list, which was officially announced by the International Olympic Committee.

I believe that the Youth Olympic Games will mark an important step to leverage the power of sport for younger generations’ education and development. By joining this prestigious line-up, I look forward to sharing my story with the promising young athletes in Singapore.
Hamish Carter

Carter, along with all the Athlete Role Models, are expected to attend the Youth Olympic Games to inspire 3,600 young athletes, participating in various activities during the Culture and Education Programme. This unique programme is designed to engage athletes to be true champions, to learn Olympic values, and to play essential roles in their communities. The programme will be themed around five specific areas: Olympism and Olympic values, skill development, well-being and healthy lifestyles, social responsibility and expression through digital media.

Hamish Carter said:
“It is my great pleasure to support this inspirational event. I believe that the Youth Olympic Games will mark an important step to leverage the power of sport for younger generations’ education and development. By joining this prestigious line-up, I look forward to sharing my story with the promising young athletes in Singapore.”

Marisol Casado, IOC Member and International Triathlon Union President, said:
“Hamish is not just a great sporting figure, but is a truly inspirational person, who maintains strong willpower to achieve one’s lifetime dream. I believe his participation in the Youth Olympic Games will prove to be a great experience for the young athletes. We are delighted to have him as an Athlete Role Model at Singapore 2010.

“Triathlon is a fresh dynamic sport and also a balanced lifestyle sport that young generations can practice throughout their lives. I am sure these essences perfectly synchronise with the spirit of the Youth Olympic Games. We are passionate about inspiring young people.”

ITU is excited to have events on three days of competition. The Youth Women’s event is scheduled at 9 a.m. on the first day of competition on 15 August, and the winner will be awarded first gold medal in the inaugural Youth Olympic Games. The Youth Men’s race is set to follow on 16 August. Athletes participating in the both events will compete a sprint-distance triathlon (750-metre swim, 20K bike, 5K run).

Finally, ITU is pleased to introduce a 4 x mixed relay triathlon in a major event for the first-time ever. The Youth Relay will take place on 19 August. Teams will be comprised of two boys and two girls, with each Continental Federation fielding at least one team. Each of the four participants in the relay will complete a 250-metre swim, 7K bike and 1.7K run.

Biography:
Hamish Carter, born 28 April 1971 in Auckland, New Zealand, was originally a competitive rower in his school years. The 2004 Athens Olympic champion started competing in ITU Triathlon World Cup races in 1993, quickly becoming a leading professional triathlete in his country. He won two silvers and one bronze medal in the ITU World Championships in 1997 (Perth), 2006 (Lausanne) and 1993 (Manchester), respectively. Carter also participated in the 2000 Sydney Olympic Games, in which the sport of triathlon made a sensational Olympic debut. He graduated from Auckland University with a degree in Technology in Building Management. Carter is the father of two boys and also loves surfing, skiing and golf. He speaks English. 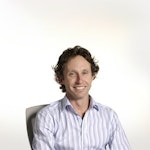