Heading into the Grand Final, Jenkins only needed to make the podium to clinch the 2011 ITU World Championship and her second place finish was enough to put her on top of the world, with a total of 4023 points this season.

“That was a really tough day, I’m so happy. I just didn’t have it at the end to go past Andrea, it would have been awesome to take the win here but I’m just so pleased to win the world champs again, amazing,” Jenkins said. “Andrea just had a really big kick down the end that I couldn’t hang on to, I tried to go with it and then, my legs just went. It was a really tough day, in the front group we all worked really hard on the bike and for once the breakaway stayed away and I think it shows that if we all do commit on the bike it can work. This is a course that you have to be strong over all three disciplines and if you’ve got any weakness, like you could see today, you just end up at the back of the race.”

Hewitt stole the show on the day though, putting in her best race of the year to capture her second series race title after Madrid in 2009 with a time of 1 hour, 58 minutes and 26 seconds – which was the exact same time that Emma Snowsill recorded to win the 2008 Beijing Olympics gold medal. With Paula Findlay‘s (CAN) pulling out in the first lap of the bike, and Chile’s Barbara Riveros Diaz falling off the pace in the run, it was enough for Hewitt to move into the overall world championship silver medal position with 3836 points.

“Last year I was so close to getting on the podium for the world champs series, so this year coming second, it just makes up for everything,” Hewitt said. “From the start of the run, I led the first kilometre and then as soon as Helen passed me I just hung on to her and I knew I had a little bit more energy when it came to the last part, so I went for it soon as I came into the stadium.”

The battle for bronze in both the Grand Final race and the overall series standings was far from settled though, as both were decided down the final finish straighaway. In the race for the Grand Final podium, Switzerland’s Melanie Annaheim outsprinted Lisa Norden, Laura Bennett and Kate McIlroy to capture her first ever series medal.

“It’s just amazing, I have no words at the moment, just wow,” Annaheim said. “I like it hilly, not so much like London so it was a good course for me and just a great day.”

In the end Groff’s 10th place was enough to put her 23 points ahead of Emma Jackson, who was overtaken by Moffatt in the final few hundred metres to finish 12th. Groff finished with 2783 points to Jackson’s 2760.

“I am absolutely shocked. My first response upon crossing the finish line was I just want to get to the medical tent. That was a really, really tough day, my coach is going to be so mad at me for running sub-par,” said Groff. “As of a few days ago I was contemplating, kind of calling it a season and I have to say I’m absolutely delighted I continued. My flight was delayed a day, but I waited the next day and got on the plane the next day and raced and I’m just shocked, it’s nice to know that consistency pays off. I’m absolutely honoured to be on the podium with two such phenomenal athletes.”

The battle for the top was on from the start in a fast swim, when 70 women dove into the Shisanling Reservoir in the Changping district of Beijing. Jenkins quickly moved to the front, and alongside Kerry Lang they drove a fast-pace which splintered the group early. A total of 15 athletes exited together, including Jenkins, Groff, Hewitt, Annaheim, Mcllroy, Norden, Bennett, Liz Blatchford, Vicky Holland, Debbie Tanner, Kate Roberts, Alice Betto, Flora Duffy, and Tomoko Sakimoto. Only Holland and Roberts dropped off over the 40km bike leg.

A chase pack that included Moffatt, Jackson, Riveros Diaz, Snowsill and Nicola Spirig then couldn’t put any time on the lead group in the bike. Even with Spirig battling up front, the gap grew from 30 seconds on the first lap to a two-minute difference at T2.

With that lead it was going to be a tall order to catch anyone in the front group as Jenkins and Hewitt pulled away in the second lap to seal the top two positions in the Grand Final and overall ITU World Championship, but the tense battle emerged for bronze.

Riveros Diaz was still in that medal position in T2, but hampered by illness, she faded and finished in 42nd place, almost seven minutes down from the leaders.  Groff moved into third overall and Jackson fourth. Riveros Diaz still held on to fifth place in the overall ITU World Championship standings, Findlay finished sixth overall, followed by Moffatt, Bennett, Norden and Annaheim. 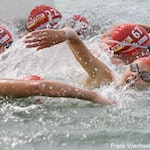 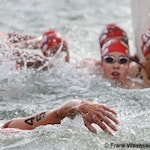 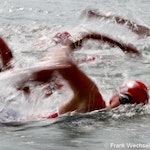 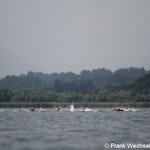 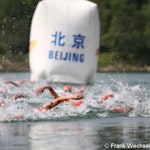 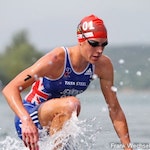 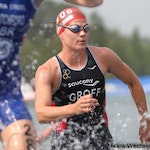 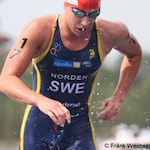 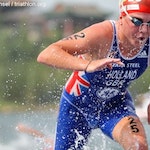 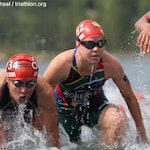 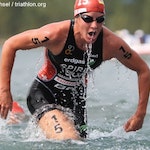 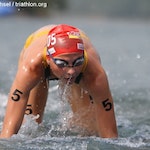