2012 ITU World Triathlon Series wrap up with highlights from Auckland 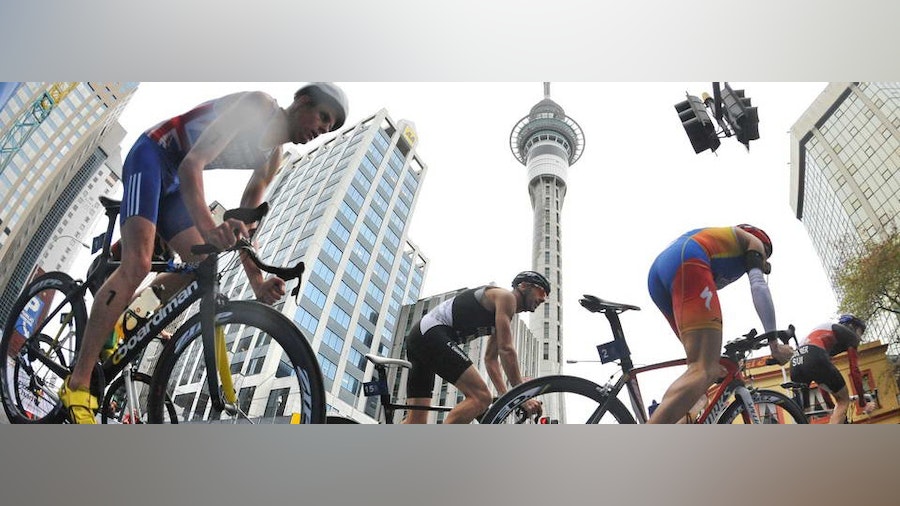 The 2012 ITU World Triathlon Series season is a wrap. This year’s world champions conquered Auckland and have returned home victorious, but the next triathlon season is just around the corner. Before we officially close the year, check out these highlights from the Barfoot & Thompson World Triathlon Grand Final.

A battle down to the finish The men’s race was set for another dramatic duel between Javier Gomez (ESP) and Jonathan Brownlee (GBR). From the start Jonny took the lead, but a determined Gomez gutted out a comeback to challenge Brownlee in the final metres. In a late surge push for the podium, Gomez muscled out an uncharacteristic surprise sprint to overtake Brownlee for his first Grand Final win, while Brownlee went home with the world championship title.

The X factor
While the anticipated showdown in the women’s race was set between Olympic medallists Erin Densham (AUS) and Lisa Norden (SWE), the top ranked ladies each fell sick prior to racing. Densham’s week long bought with illness caused her to withdraw midway through the race. Her absence opened up the opportunity for other athletes to climb in the rankings. Anne Haug (GER) didn’t miss a beat, fully capitalizing on the chance to win the race with a spectacular performance, making her the second-ranked woman this year. Meanwhile, Norden spent the night before the race in the hospital for food poisoning. Unlike Densham, she managed to complete the race in fourth place for her first elite world title.

The new kids in town Fumika Matsumoto (JPN) and Wian Sullwald (RSA) stamped their names in the ITU triathlon history books with their first wins in the men’s and women’s youth races. In doing so, they each became the first athlete from Japan and South Africa to win a world championship. Constantine Doherty (IRL), who raced alongside Sullwald, also became the first competitor from Ireland to medal at a World Championships.

Although Australia is a triathlon powerhouse, having produced athletes like Olympic bronze medallist Erin Densham, Aaron Royle became the first male competitor in 10 years to win a world championship title in the U23 division for Australia. Non Stanford joined Great Britain’s numerous medallists as the winner of the women’s U23 race.

Wet from start to finish
The tough terrain wasn’t the only natural element athletes endured in Auckland. The challenging course was compounded with chilly water temperatures on the swim. The wet conditions continued for both youth races, as well as the men’s elite race, making the course both physically and technically demanding. Those who remained in control of the slick streets ultimately prevailed.

Path to elite titles begins before 23
This year, a strong correlation was drawn between earning U23 gold and elite glory. Jonathan Brownlee joined older brother Alistair and Gomez as the only men to have won a U23 and elite title. Norden also joined their ranks as she has also previously won gold as an U23 athlete and garnered her first elite world title this year. Only time will tell if this year’s U23 winners will follow suit. Over 100 paratriathletes across 21 different countries entered to compete in six different categories for paratriathlon’s biggest World Championship to date. Great Britain proved brilliant with five gold medals, suggesting they will have a loaded team in four years for paratriathlon’s debut in the 2016 Paralympic Games. However, they may have earned five golds, but their total medal count was nine compared to 13 for the US, which included a pair of titles. France also scored two golds, while Australia earned its only win when Bill Chaffey repeated as champion of the men’s TRI-1 division for the third time. Serbia put its name on the map for the first time when Lazar Filipovic took silver in the men’s TRI-6.

Oceania on top
Look no further than the overall medal count to see the popularity and dedication to triathlon in Australia and New Zealand. They each tallied a total of 47 medals across the elite and Age-Group races. Australia just edged their Oceanic neighbor with 19 golds over New Zealand’s 18. Championed by Brownlee, Non Stanford, and the five paratriathlon winners, Great Britain took home the third highest amount of gold hardware with 12. The United States was next with 11, although their total medal count of 40 outranked Great Britain’s 33.

Four more years
When the races were all over, the champions were crowned, and post-season had begun, ITU held its 25th Congress to elect to members to its board and committees in preparation for the next Olympic quad. ITU President and IOC Member Marisol Casado was re-elected to her position, as was Secretary General Loreen Barnett. With their re-election, ITU remains the only International Federation with two females in the top two leadership roles.