ITU and ORIS successfully complete the Homologation Tests for Tokyo 2020 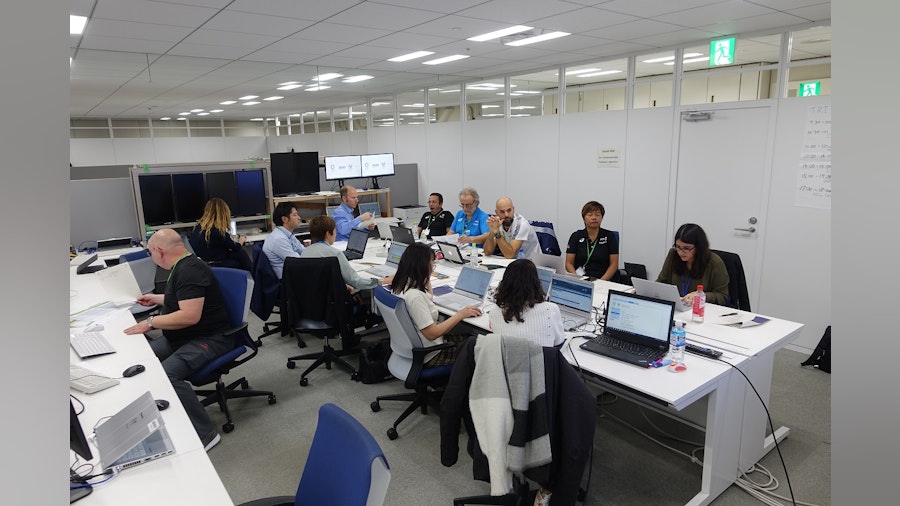 An ITU Delegation has participated in the homologation test of the applications that will support the Triathlon competition at the Olympic Games as part of the ORIS (Olympic Results and Information Services) programme. The three-day tests, focused on analising all the possible scenarios for the Tokyo 2020 Olympic Games, was successfully completed without any major issues, and no major problems were found during the testing. This series of tests come in complement to the test events which focus primarily on operations.

The Homologation Test was conducted along with Tokyo 2020, the International Olympic Committee and their partners Atos and Omega, WNPA (a group made of the main world press agencies) and the ITU. The delegation from ITU consisted of Thanos Nikopoulos, in charge of all the technical operations for Tokyo 2020; Melody Tan and Jorge Garcia, Technical Delegates for the Olympic Games in Tokyo, and it was coordinated by Enrique Quesada, ITU Sport Results Director.

After three days of testing different solutions and scenarios (Among them some linked to the conditions expected in Tokyo next year and some very unlikely to happen), the ITU team considered the tests very satisfactory, even though there is a conditional acceptance of one of the scenarios that will be discussed and reviewed again in the near future.

The ORIS project was established in the lead of the Sydney 2000 Games after the Atlanta 1996 Games were marked by an number of serious problems related to the delivery of the competition results, with the idea of setting the standards of all the information and results related with the Olympic Games, from how the information should be collected, presented and distributed to the different transmission routes: printed reports, web pages, INFO, scoreboards, etc.

The ITU has been participating in the working group since its inception and has been cooperating with all the stakeholders in setting up the principles of how the information should be collected and distributed, using as a reference the practices already in place on all the ITU events.

In preparation for the Tokyo 2020 Olympic Games, ITU has been working as part of the group trying to define best practices and more effective ways of implementing the new technologies to deliver better results, with all the new and approved deliverables and implementations being tested by the ITU. The 46 sport disciplines included in the Olympic programme will conduct similar tests until March 2020 to guarantee the best outcome during the Olympic Games.