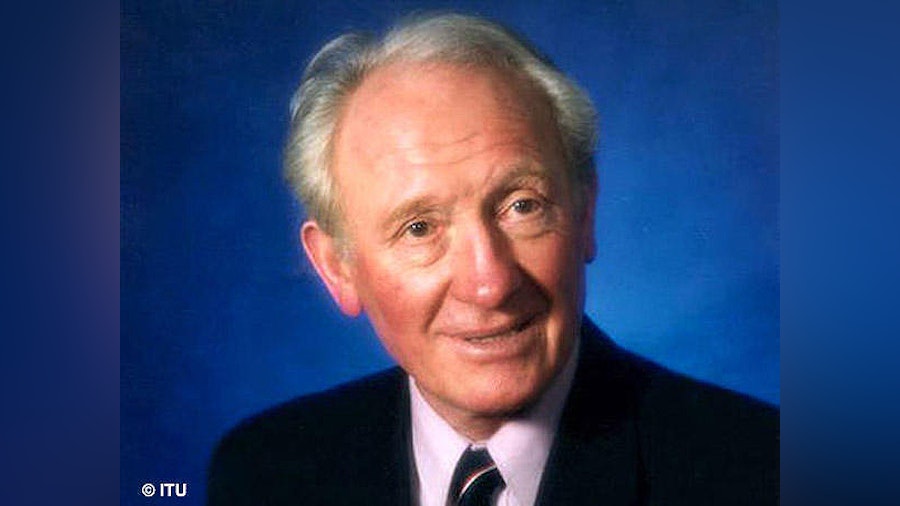 It is with great sadness that ITU has learned of the death of our Honorary President, Les McDonald. He died on September 4 in Vancouver (Canada), at 84 years of age. McDonald served as ITU’s President from its inception in 1989 until 2008, and he was largely credited with getting the sport of triathlon into the Olympic Summer Games.  The grief of his passing is shared by his family, friends, athletes, fans and all the triathlon family, and by ITU staff and Board.

“Les was not only an extraordinary person, he was part of the triathlon family, and will be always remembered. His impact on the global evolution of our sport, and the governing body, was very significant.  Those of us who were privileged to share this journey with him are immensely sadden at this moment.  He lived a plentiful life, dedicated to triathlon, and we will continue to live with his legacy to make sure the sport is always about the athletes”, said ITU President an IOC member, Marisol Casado.

ITU Vice President, Loreen Barnett, and a long-time friend of McDonald said that “Les’ greatest legacy is the number of opportunities that he created for women; athletes, officials and administrators.  Les’ grandmother was a suffragette in the UK in the early decades of the last century, and her lessons on equality for women in terms of reward and opportunity guided Les’ work during his leadership role within ITU.  Hundreds of women, including myself, benefitted from his belief in the equal ability of women”.

The son of a coal miner, McDonald was born in Felling upon Tyne, near Newcastle in the northeast of Britain, on April 30 1933. He started working while he was still a young boy, only 14, and became interested in mountain climbing, tackling major routes in the Alps and many first ascents in North America.

It was during a climbing and ski trip to Austria that he met his life mate, Monique, and in 1954 they married and settled in Vancouver, where McDonald found work as an electrician. They have three children, Ian, Helen and Daniel.  As a member of the Grouse Mountain Ski Club he helped organise many of the mountain’s earliest alpine events and coached the BC ski team.

Later, he was part of the group that founded Whistler, building its first ski lift, helping construct the first power line in from Squamish, even serving on the unsuccessful Vancouver-Garibaldi Olympic bid in the mid-1960s.  The network of cross-country ski trails near the Whistler village are his work, where one challenging trail’s jump bears his name “Les’ Leap.”

McDonald began competing in marathons in the 1970s and to spice up training, he and some friends discovered triathlon, tried one in California, and brought the sport back to Vancouver.  In 1981, the first triathlon ever held in Canada took place at Vancouver’s Spanish Banks; swimming in the ocean, biking around the University of BC and running to Brockton Oval in Stanley Park.

The successful race was remarkably informal; McDonald only realized an event permit was needed when an RCMP officer knocked on his door later that night.  Throughout the 80’s, McDonald worked tirelessly, building the sport’s governing bodies from the ground up.  In 1983, he led a committee that established the British Columbia Triathlon Association.  A year later, he founded the Canadian Triathlon Federation (later Triathlon Canada), serving as its first president until 1996.  All the while, McDonald was still competing, finishing as Age Group champion in many races and even moving up to the Ironman distance, where for five straight years beginning in 1983 he won the over fifty world championships, setting world records in the process.

Then a phone call, in the fall of 1988, changed the direction of his life—and the sport’s—forever.  On the line was IOC President Juan Antonio Samaranch, who wanted McDonald’s help to bring triathlon to the Olympic programme.  McDonald and Sweden’s Sture Johnasson, co-chaired a “working group” to establish the sport’s international federation and in 1989 the International Triathlon Union (ITU) was formed with McDonald as its first president, based in his hometown, Vancouver.

In 1994, the hard work and sacrifice paid off with IOC confirmation that triathlon would be included on the Olympic programme as a full-fledged medal sport for the first time at the 2000 Sydney Olympics.

After dedicating almost 20 years of his life to ITU and to make our sport grow across the world, Marisol Casado, mentored by Les, was proclaimed President of the International Federation in 2008.  A role that she still has after winning her third election in 2016.

On the final day of the 122nd IOC Session held during the 2010 Olympic Winter Games in ITU’s hometown of Vancouver, Les was awarded with the Olympic order, and honour given to individuals who demonstrate distinguished contributions to the Olympic Movement. That same year, he won the Continental IOC Women and Sport Award.

In 2013, McDonald was honoured with the Order of Canada, which is the centre piece of Canada’s honours system and recognises a lifetime of outstanding achievement, dedication to the community and service to the nation. Only one year later, in 2014, in the inaugural Hall of Fame of ITU, McDonald was inducted with the Lifetime Achievement.

As he had been doing since he first discovered the world of triathlon, Les dedicated his life to promote and grow our sport, and no words can describe the gratitude the triathlon community will have forever for his contribution. He will be sadly missed. Rest in peace Les – you are in our hearts. 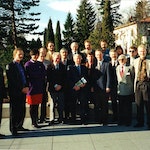 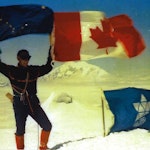 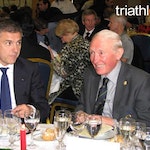 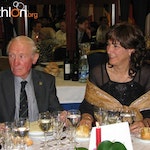 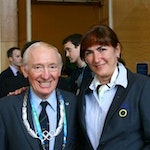