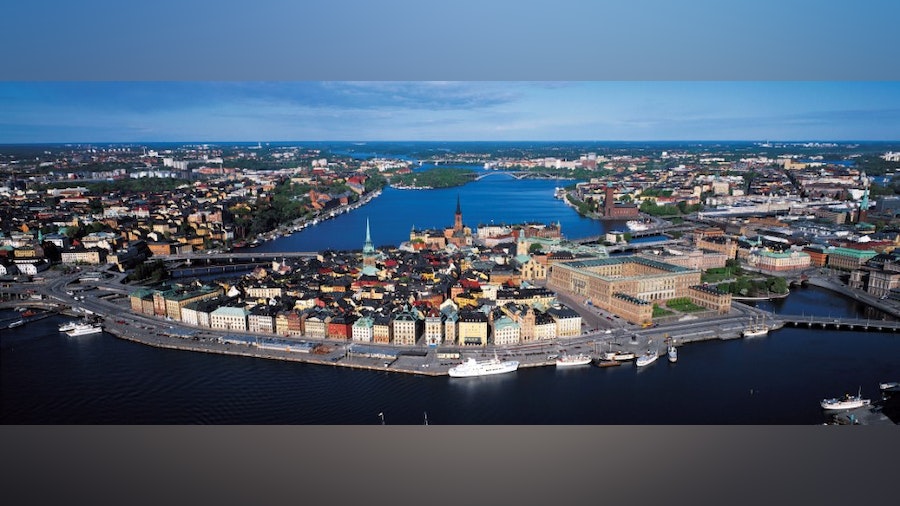 The Olympic Games may be a wrap for another four years, but racing action is far from over in the 2012 ITU World Triathlon Series. With just three events left on this year’s circuit, competition continues with the sixth stop in Stockholm this weekend. In its first appearance in the ITU World Triathlon Series, Stockholm will play host to a slew of Olympians on a quick sprint distance course, which consists of a one-lap 750km swim, five 4km loops on the bike and two 2.5km run laps. Olympic bronze medallist Erin Densham, will wear the number one in Stockholm this weekend. The Aussie is on a tear in 2012 and made the podium in every race since the Oceania Championships in March, which included victories in Mooloolaba, Sydney and in the other sprint distance series race in Hamburg just a month ago.

But in Sweden, all eyes will be on Lisa Norden who took silver in the furious sprint to the line at the Olympic Games just a few weeks ago in London.  Returning home to Sweden with Olympic silver in hand, Norden will undoubtedly have the crowds on her side as she targets a series title on home soil.

Australia will have a number of strong contenders in addition to Densham, with her fellow London 2012 teammates Emma Moffatt and Emma Jackson.  Moffatt proved dangerous in the sprint distance with a second place finish in Hamburg while Jackson took silver at last year’s sprint race in Lausanne.

Kate McIlroy (NZL) and Anne Haug (GER) will both look for their first WTS wins of the season. Haug has enjoyed an impressive year with a fourth-place finish in Madrid and two seventh-place finishes in Sydney and San Diego. Meanwhile McIlroy made the top 10 in London, as well as in both Hamburg and Kitzbuehel.

Four-time Olympian Anja Dittmer (GER), who had a stellar bike and run in London, and Jessica Harrison (FRA) also can’t be overlooked. Ainhoa Murua (ESP) showed top form in London with a seventh-place finish at the Games. Barbara Riveros Diaz (CHI) finished out of a top spot at the Games, but took fourth in Kitzbuehel and bronze in Madrid will also be tough competition. Riveros also won the sprint leg of last year’s series with a formidable victory in Lausanne last year. Similar to the women’s race, critical world championship points are on the line in the men’s competition. Jonathan Brownlee (GBR), fresh off Olympic bronze, will be gunning for points for his first world title. However, he’ll face the likes of two-time World Champion Javier Gomez (ESP), who recently out ran Brownlee in London for silver.  Brownlee, however, has been unstoppable in the sprint distance, having won the sprint championships in Lausanne for the last two years.

The question is if both men have recovered enough to hold off Russians Alexander Bryukhankov and Dmitry Polyanskiy, who have both been steady and strong the whole season. Bryukhankov will line up as number one in Stockholm and will be going for the WTS gold that has alluded him to date. With five silvers, he has yet to pick up a series win. Compatriot Polyanskiy suffered a disappointing finish in London due to an early bike tire change, but has podiumed three times in the WTS series.

Switzerland’s Sven Riederer will again pose a threat, as he’s enjoyed both a successful season, and proved powerful in the sprint distance with a fourth-place finish in Hamburg. With key players such as Alistair Brownlee (GBR), Bevan Docherty, and Richard Murray (RSA) missing, other athletes such as Gomez, Steffen Justus (GER), and the French duo of Laurent Vidal and David Hauss have the opportunity to move up in the rankings.

Justus and Gomez both made the podium in the Hamburg sprint, while Vidal won the Geelong ITU Sprint Triathlon Oceania Cup earlier this year and has consistently put up top five finishes, including a fifth-place finish at the Olympics. Hauss knocked out a speedy run in London for fourth place suggesting he has the speed for a sprint 5km run.

The men’s race will go off first at 2:50pm local time on Saturday 25 August. The women’s race will get underway almost two hours later at 4:45 pm. The mixed relay race will be held on Sunday 26 August at 2:45 pm. Follow all the events live through with timing and text updates, at triathlonlive.tv. You can also follow along on Twitter at twitter.com/triathlonlive.

Also keep an eye on strong swim-biker Maik Petzold (GER) and William Clarke (GBR). Petzold, who finished fifth in Hamburg and currently sits 13th in the rankings will be looking to secure enough points to move into the top 10 in the overall rankings. While Clarke is further down in the charts, he finished eighth in Hamburg.