Ai Ueda took her first ITU Triathlon World Cup win of the year in Huatulco, Mexico, as the Japanese double Asian champion stretched away in the late stages of the race to cross the line in 2:12:47, ahead of Denmark’s Helle Frederiksen and Jessica Harrison from France.

The race started on the Pacific coast with a short run to the water from the beach. Sara McLarty from the USA made good use of her swimming pedigree to carve open a healthy lead as she took the $500 swim prime on her way to exiting the water some 45 seconds clear of the large chase pack of eight which included the podium finishers.

Once onto the tough cycle course the chasers worked well in bringing down McLarty’s early advantage and caught the American on lap three of eight. With nine women away they were able to build a healthy advantage over the second pack with home support backing Claudia Rivas who put together a strong race against world class opposition. Towards the end of the cycle stage Canada’s Alicia Kaye was dropped by the leaders, however the top eight held a 1:40 advantage over European under 23 champion Yuliya Sapunova from the Ukraine and Germany’s talented under 23 athlete, Rebecca Robisch as they headed onto the 10km run.

The top three positions were decided early on with Ueda matching Frederiksen and Harrison stride for stride. The 2008 Asian triathlon champion enjoyed a better race having failed to make the front swim pack in her previous competitions during the 2009 season, and she was able to pull away on the second of the four run laps to take an impressive win.

Frederiksen and Harrison were neck and neck until the final kilometre when the Dane managed to pull away to take second place. Robisch ran through for fourth with Sapunova fifth.

“I’m very happy,” said a delighted Ueda. “I’ve been practicing my swim training every day and I finally made the front pack; that won me the race today. Now I want to start the 2010 season with a podium finish in Sydney at the first race of the Dextro Energy Triathlon - ITU World Championship Series in Australia.”

“Jess [Harrison] and I have been really close this year and we really push each other,” explained Frederiksen. “I’ve had a bad year with two crashes so it’s nice to finish my season with a podium place finish and show people what I can do.”

“It’s been a long year for me, but I’ve been working on my cycling and running and wanted to put them to good use before finishing my season,” said Harrison. “Now I think it’s time for some piña coladas and a rest before next year!” 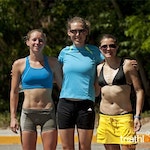 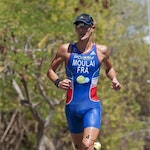 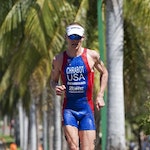 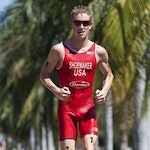 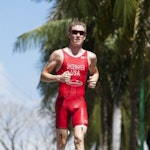 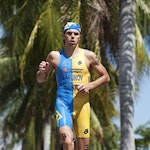 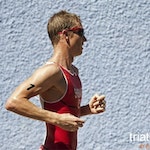 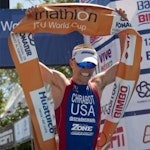 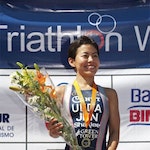 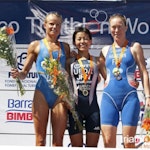 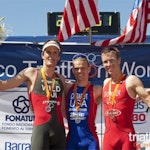 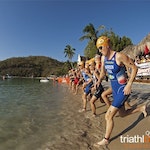