Tongyeong has been a great race for the young Japanese claiming bronze in 2012 and now delivering the first World Cup victory of her career.

Sato was in the hunt during the swim and bike but made her move on the third lap of the run to secure victory.

“I’m very happy for this win. I got a lot of confidence from this victory and did my best today.

“I knew Takahashi is a good runner but I just felt good today and felt confident on the last two laps.

The podium places came down to a race of two between Jolanda Annen (SUI) and Yuko Takahashi (JAP), the pair running shoulder to shoulder on the last lap before Annen found another gear to claim an emotional silver from Takahasi.

“This morning I had a really bad feeling so I hope that the race come good and I get top ten but so happy I got second, I can’t believe it,” said Annen.

A speedy transition from Norden saw her head out onto the bike first, the lead pack of 12 quickly forming.

The next group out of the water and 34sec down included Sara Vilic (AUT), Tamara Gomez Garrido (ESP), Lisa Perterer (AUT), and Ai Ueda (JAP).

But just one lap into the bike the chilly water combined with air temperature claimed a few casualties including pre race favourite Juri Ide (JAP).

With five laps of the bike and two very step inclines to negotiate the front group that also included Jolanda Annen (SUI), Carolina Routier (ESP) and Valentina Zapatrina (RUS) were working like a well drilled cycling team and the gaps to the chase group extended at every time gap.

“In the first loop we work really hard and I thought I would have a good position - really thanks to all the girls in the first group,” said Annen.

Despite the efforts of the girls in the second group like Perterer, Under 23 World Champion Audrey Merle (FRA), Ueda, Chelsea Burns (USA), Claire Michel (BEL) they could not get organized and paid the price coming into T2 with a 2min 21sec deficit. It proved too much for even the best runners in the group to recover from and the podiums would come from the front group in the end.

The Japanese pair Sato and Takahashi had positioned themselves well among the riders but it was Takahashi and Norden who showed a clean pair of heels to lead out of T2.

Sato was quick to follow, Zapatrina and Annen all in close proximity for the 4 lap run.

Norden was the first to falter and was struggling by lap two as the Japanese pair took control at the front of the race. Annen was looking strong as she moved into medal contention overtaking Zapatrina.

Annen and Takahashi ran shoulder to shoulder for the final lap the young Swiss girl found an extra gear to claim an emotional silver from Takahashi. Zapatrina held on for fourth and Ueda recording the fastest run split of the day to claim fifth.

“She is a good runner and I tried to push but she would come back and I just want this second position.

“It’s really good for me because I need these points and I hope it’s enough for Rio,” said Annen. 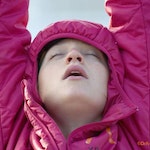 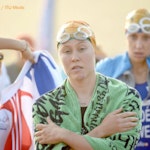 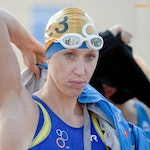 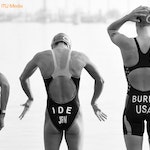 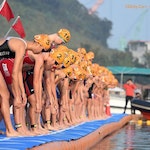 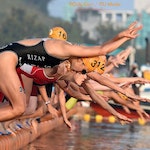 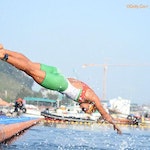 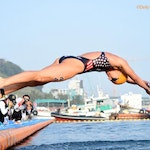 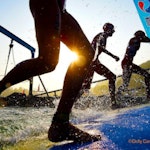 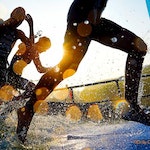 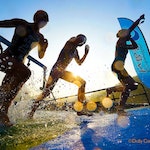 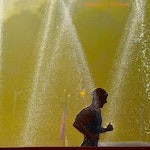