Javier Gomez: One more shot at Olympic gold for a Spanish legend 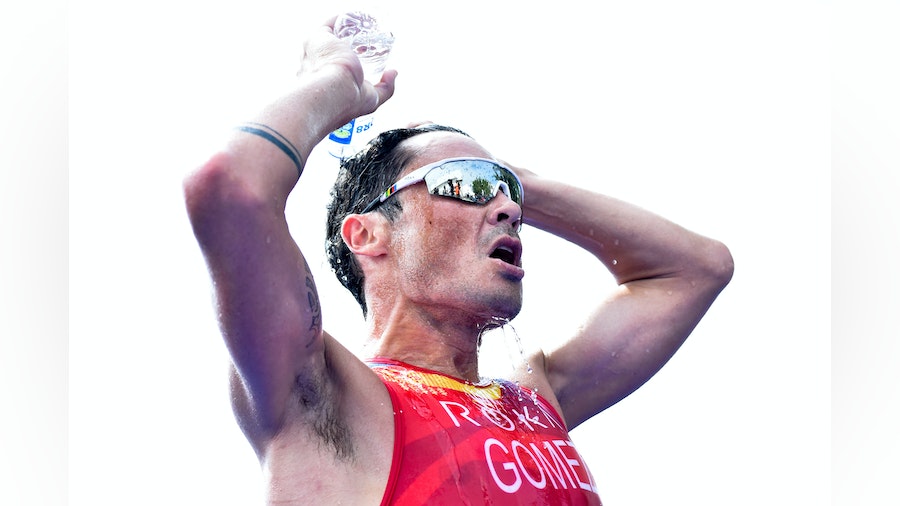 There cannot be many involved in the world of triathlon who, on 26 July at Odaiba Bay, would not want to see Javi Gomez at the pointy end of the Tokyo 2020 race challenging for a second Olympic medal. Except perhaps for the likes of Vincent Luis and Jonny Brownlee.

For two decades, Javier Gomez Noya has been the embodiment of the triathlon spirit. A fierce and fair competitor, an ambassador for the very best of the sport, a five-time World Triathlon Champion and Olympic silver medalist, he heads to Tokyo aiming to go one better than he did in London nine years ago. And will do so without at least some of the pressure of that occasion.

At the age of 38, with all that he has achieved, Tokyo 2020 is about enjoying the experience and one final push at that as yet elusive Olympic gold. He will be the oldest in the men’s field, and he will also still be one of the favourites.

“I have mixed feelings about the Games,” admitted Gomez ahead of his 2021 return at WTCS Leeds “I didn’t have a good experience in Beijing even though I finished fourth, I was injured and didn’t have a great race. I did have a really good one in London in that amazing atmosphere and (the silver was) the best result I was capable of then.”

So the Spanish legend heads to his third Games and, having missed out on Rio 2016 after a bike crash, already has some experience of a less-than-ideal run-up to the Olympics. June’s World Triathlon Championship Series Leeds was Gomez’s first race at that level since the 2019 Finals in Lausanne, and another coming together on the bike meant he was unable to finish and test his legs over the gruelling 10km run.

“This will be a different race, the heat will be important, maybe the run won’t be as fast. But I’m excited about the process and getting as fit as I can to deliver the best that I can on the day. You can feel the nerves and tension in the air, even though we are racing with the same guys. It’s a different feeling, but it’s a great one.”

Having come back to the blue carpet in 2019 and hit the Series circuit hard from the off, there is a sense that the enforced break of 2020 may have actually helped Gomez reboot, giving him a little breathing space to focus on the task in hand rather than feeling the need to race his way to Tokyo.

“I was feeling tired but have come back hungrier after the break in 2020. I’m appreciating being able to race and that is what is motivating me to give everything out there. At this stage of my career, I’m just grateful to be there and a part of it and with a chance to do well. I don’t feel the same pressure now so I just want to enjoy it.”

Spoiler alert: Gomez is highly unlikely to appear on the Spanish Mixed Relay Team when the format debuts at the Olympics on 31 July. He’ll be on the sidelines giving his teammates an extra boost, though.

“The Spanish team is great, Mario Mola is at the peak of his career, Fernando Alarza the same and the girls (Miriam Casillas Garcia and Anna Godoy Contreras) can do really well, so yeah, I’m proud of the team.”