For many people around the world who participate and are involved in triathlon, they understand the meaning of experiencing triathlon not just as a sport, but as a lifestyle. Lining up to enjoy the combination of a swim, bike and run has connected and created communities across the globe. These communities of triathletes become friends, colleagues, training partners and even family. So, when this lifestyle sport ends up giving so much life to an individual, there becomes a point where the individual wants to give their life back to the sport.

One such people who give their lives is the dedicated and hardworking Technical Officials. In order for triathletes to toe a line and race courses in all corners of the earth, TOs volunteer their time, money, energy and spirit to creating dynamic, challenging and safe events.

A true representation of this type of TO is Japan’s Kiriyo Suzuki, a woman who has been involved with triathlon from the very beginning, the Olympic beginning, and has dedicated a large part of her life to giving back to it. 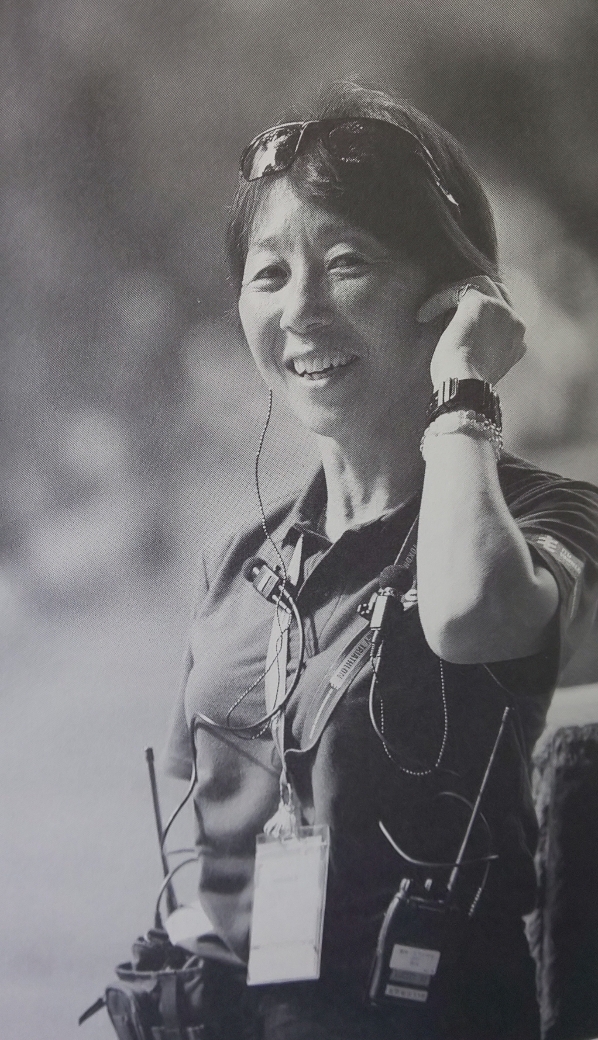 Kiriyo-san has been a part of the Technical Official programme with the International Triathlon Union since the Sydney 2000 Olympic Games when triathlon debuted for the very first time in the Olympic programme. Having first been introduced to the sport in 1989 when her friend convinced her to compete, it did not take long for Kiriyo-san to fall in love and connect with triathlon, eventually rising to a level where she knew she wanted to get involved on a deeper scale, a level that would allow her to give back.

“I became a Technical Official because I wanted to give back to triathlon as I had wonderful experiences through the sport and many people supported me when I was a triathlete,” said Kiriyo-san. “It is very appealing to create a venue for triathlon which is an extraordinary space out of where everyday life is spent and to receive power from smiles of the athletes.”

During the Sydney 2000 Olympics, she served as the Assistant Swim Official and held the same position four years later in the 2004 Athens Olympic Games. Since that time, Kiriyo-san has played a vital role in the TO programme in 42 different events and is one of only two women within the programme to have been a part of every single Olympic Games triathlon event: Sydney 2000, Athens 2004, Beijing 2008, London 2012 and Rio de Janeiro 2016. The other woman is Leslie Buchanan, who is the ITU Anti-Doping Director of ITU.

“I still remember the excitement of seeing lots of helicopters in the sky when I looked up from the boat on the swim course of Sydney Olympics in 2000.  It was when triathlon became an Olympic event for the first time and everybody was nervous. It still remains vivid in my memory when we checked how to speak on the radio like beginners at a meeting after the first day was over,” said Kiriyo-san of her most memorable moment throughout her TO career.

Almost twenty years after that first Olympic Games, she is now preparing to participate in her sixth consecutive Olympics, however this time in a much more personal and exciting role. Next summer, the Tokyo 2020 Olympic Games will host not just triathlon, but the mixed relay will join the Olympic family for the very first time. Kiriyo-san will once again be there to witness the historical moment, this time proudly welcoming the event and her beloved sport to her home nation where she will be serving as the Sport Manager for the triathlon competitions with the Tokyo 2020 Olympic and Paralympic organising committee, a role that unmistakably belongs to Kiriyo-san for all of her hard work and dedication to triathlon throughout the years.

“It is very exciting that the athletes will compete on the field of play that my team is currently preparing and that the footage will be delivered to various parts of the world.  I am also looking forward to the newly introduced event of Mixed Relay and that spectators will be attracted to triathlon even more,” Kiriyo-san said of her anticipations for hosting an Olympics in her home nation.

But how does Kiriyo-san really feel to have the honour of seeing triathlon being competed at in the Olympics in her own country?

“I feel like walking on air, it is a miracle!”

Everyday, triathlon continues to grow and push its efforts in growing it’s female representation, including at the Technical Official level. While in 2018, the TO programme saw a growth of 11% within its level 1 TOs, the percentage compared to its male counterparts only makes up 32% for level 1. With the goal to someday reach an equal 50/50 representation, it is the inspiring and strong women such as Kiriyo-san that will make that goal obtainable in the near future. In fact, one of ITU’s strategic goals is to increase the women representation on the TOs team in Tokyo 2020 by selecting more women than in Rio 2016.

Kiriyo-san said of the need for closing that gap, “Both men and women have different strengths and bring a different perspective to the sport, so improving the balance by increasing the number of women TOs in order to make a more complimentary programme will only make things better for the future.”