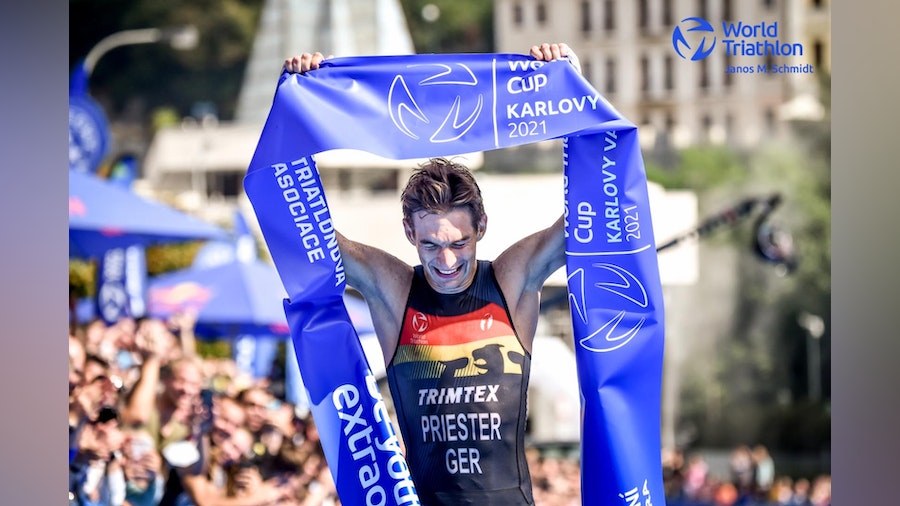 Germany’s Lasse Nygaard-Priester was able to lift the mists that had hung over Karlovy Vary on Sunday morning, lighting up the Czech town with an incredible first run lap that gave him the window needed to ensure his first World Triathlon Cup medal was golden. It followed a typically demanding and hilly bike segment, each of the seven long climbs slicing away challengers, but the German found the legs to produce a famous win in difficult conditions.

Mark Devay, Takumi Hojo, Alessio Crociani and Miguel Tiago Silva had led out front for the entire bike but those exertions soon took their toll, and a 30 second lead proved insufficient as first Nygaard-Priester and Grant Sheldon (GBR) then, eventually, Csongor Lehmann (HUN), were able to manoeuvre into the medal places over the closing stages.

“I didn’t expect the win,” admitted Nygaard-Priester. “To be honest, in the swim I thought I missed the big first group but managed to catch up and just tried to eat and drink and somehow stay concentrated and save energy for the run. Of course some big names are missing today but it’s my second World Cup and I really wanted a medal and it’s now the golden one, so I am really over the moon. I tried to stay on the same pace the whole race, trying not to go too fast in the beginning. I didn’t have to slow down on the hill and I felt really good knowing there was a 10-second gap and just enjoyed the run.”

—
There was thick cloud overhead as the men lined up on Rolava Lake on Sunday morning, where Mark Devay (HUN) and Alessio Crociani (ITA) led lap one of the swim from the opening strokes, Japan’s Takumi Hojo and Portugal’s Miguel Tiago Silva in close pursuit.

The pace out front was impressive, even strong swimmers like Diego Moya (CHI) and Chase McQueen (USA) 20 and 30 seconds off Devay respectively, while Nygaard-Priester and Sheldon were left around a minute further back and with plenty to do on the bike to mount a challenge.

Devay continued to press and, after a lightening 16:30 1.5km swim, exited transition with Hojo, Crociani and Silva for company as the four men began the 40km bike course with a 6km leg into the town centre looking to maintain or extend their advantage.

The chase was on immediately, but the 28 bunched cyclists already found themselves more than 45 seconds back and struggling to get organised, the four ahead easing their way up the torturous first few climbs of the seven lap course as Gabriel Sandor (SWE) and Sergio Baxter Cabrera (ESP) led the effort to close in.

Race number one Adrien Briffod (SUI) had already come off once in the slippery conditions before a second fall saw his race ended early on, mechanical issues on the climb and the greasy cobbles responsible for several DNFs across the tough 40km ride.

Home favourite Jan Volar and Gregor Payet (LUX) were really motoring but even as the passing laps saw them edge closer, the leaders maintained a healthy 30-second gap over the pack - Lehmann and Sheldon included - into the second transition.

The lead was rapidly eroded away. Sheldon and Nygaard-Priester taking nearly 20 seconds out of it on lap one of four, and on each of the long, laborious climbs up to the dead turn Devay and Silva could see them closing in. Meanwhile Csongor Lehmann and Baxter-Cabrera were moving into striking position themselves as the hunt for the bronze heated up.

The kicks from the German leader just got stronger and stronger however, even Sheldon failing to make headway on him despite pulling further away from Silva along with the likes of the flowing Sandor and Erwin Vanderplanke.

Nygaard-Priester took the tape by 17 seconds from a delighted Sheldon who won silver as Lehmann drew closer in third, Baxter-Cabrera in fourth followed by Vanderplanke, Paquet, Sandor, Devay, Barclay Izzard and Miguel Tiago-Silva rounding out the top 10.

“You know it’s a hard, honest proper triathlon course,” said Grant Sheldon. “This kind of the course was the reason when I started triathlon, looked at the Brownlees, looked at Gomez, they worked hard, and I think this event epitomises that style of triathlon and it’s what I train for and work for. This year for me has been very difficult so to come to a race where I’ve got good memories, to be able to pull out of the bag, after a long season, happy days.”

“I found my legs at the half of the run and I knew that I had to do this on the last lap to try and drop the guys and luckily it worked out,” said Csongor Lehmann. “The last 500m was brutal, this course is a killer but it’s also a really enjoyable race and I am a really happy about these three weeks behind me. The plan was to start with the main climb in the front, sadly it didn’t always happen, I was in the middle and it’s really tough from there to go the front for the climb and to be in the main corners but I managed to take off the bike in the front so that was a key moment. I think I was really in control in the second part of the race.” 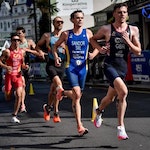 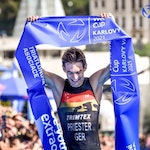 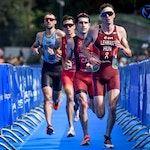 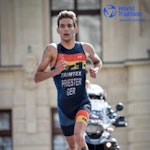 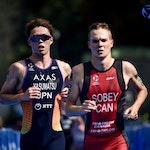 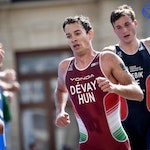 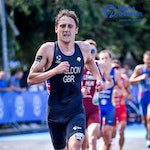 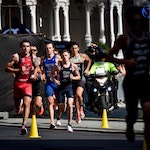 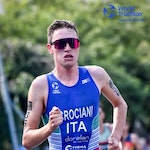 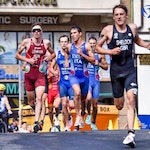 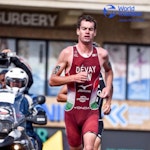 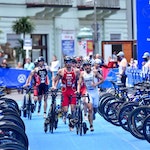