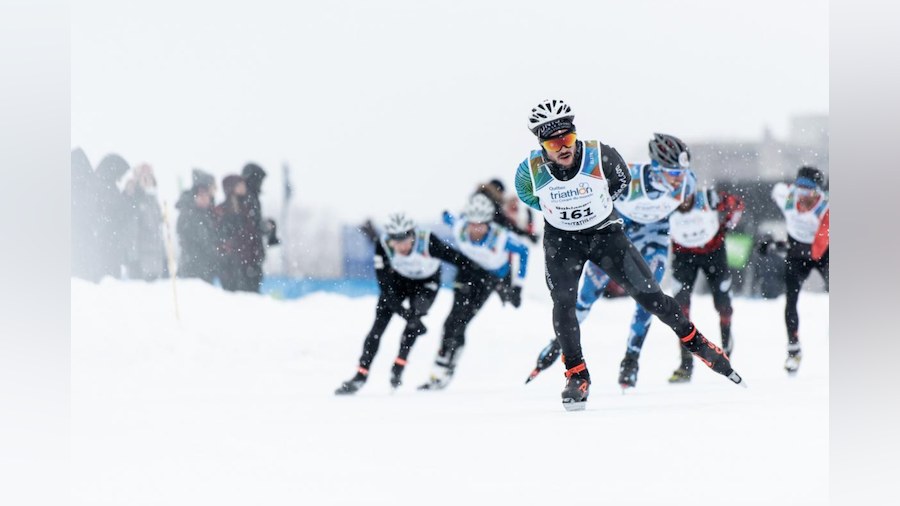 Cash prizes totalling $8,000 were awarded among the top five elite athletes – men and women – with the best performances.

The ITU S3 Triathlon World Cup is part of the programming of the 16th Pentathlon des neiges de Québec presented by MEC — the largest winter multisport event in the world—. A total of 193 athletes took part
in the different competitions of the World Cup (Elite, age groups, sprint and duathlon). The S3 triathlon standard formula is 5 km of running on snow, 11 km of skating, and 9.5 km of cross-country skis.

The Pentathlon des neiges is continuing until March 1. Several challenges are scheduled in which more than 6 100 participants will perform solo or in teams of two to five people in five disciplines: biking, running, cross-country skiing, skating and snowshoeing. The program includes activities where families, children, amateur athletes, or high-performance professionals are invited to discover and enjoy the pleasures of winter.