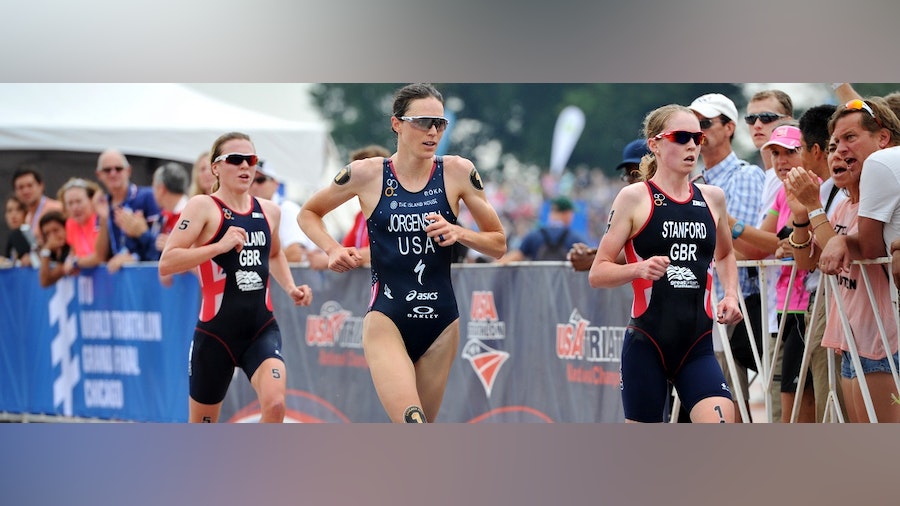 Hitting the halfway point of the World Triathlon Series, the elite women head to Europe for the 2016 Columbia Threadneedle World Triathlon Leeds. The English city will be welcomed to the WTS family as it hosts its first ever ITU event. Leeds is set to entertain the world’s top triathletes with many of them having recently punched their tickets to Rio.

For its WTS debut, Leeds will features a two-lap wetsuit swim, a leg-crushing technical bike course and a four-lap 10km run up close and front with the citizens of Leeds in the city centre which is sure to be roaring.

Currently leading in the Columbia Threadneedle Rankings is Bermudian Flora Duffy. After just missing out on the podium by finishing fourth in Abu Dhabi and Gold Coast, she finally reached grabbed her WTS medal in Cape Town when she blazed out a phenomenal solo cycle ride and earned the bronze medal. Perhaps heading into the weekend with the biggest advantage are Brits Non Stanford and Vicky Holland. As training partners and roommates who train in the same squad as the Brownlee brothers, both Stanford and Holland train in Leeds, so they will be familiar faces for the home crowd.. On top of that, Stanford already has one WTS victory under her belt this year, when she took home the gold in Cape Town in her first race back for 2016. Holland also finished sixth in Cape Town, so she started her season in a good position as well.

But you can’t talk about the dominate British team without talking about Jodie Stimpson. Currently ranked second overall in the CT rankings, Stimpson has a real chance of potentially earning a World Championship title if she continues with the way she has been performing. Her win in Abu Dhabi set off the start of the British women winning three of four WTS races this year. Stimpson followed her medal performance up with a the second in Cape Town. The trio will have strong support in Lucy Hall, who is lethal on the swim and bike, which could just be a game changer for the home favourites.

Americans Gwen Jorgensen and Sarah True are teaming up this weekend. Jorgensen returned to the top of the podium in Yokohama after a standout running performance that brought her into the finishing chute a good minute above the rest of the competition. True has yet to see any medals this season, but she is no stranger to earning hardware, so Sunday could be her moment to collect. Andrea Hewitt (NZL) continues to remain one of the most consistent athletes on the circuit. She captured the silver at the New Plymouth World Cup and then followed it up with a bronze in Gold Coast with a stellar performance on the bike. After just missing the podium by taking fourth in Yokohama, it is easy to assume that she once again will be among the top contenders this weekend in Leeds especially considering her bike skills on this technical course.

Tiny but mighty powerhouse Ai Ueda (JPN) had a stellar execution in Yokohama and she was able to grab hold of a bronze medal in front of her home nation.

The women will get the 2016 Columbia Threadneedle World Triathlon Leeds underway at 13:00 on Sunday June 12, while the men will follow at 15:45 local time. Follow all of the action live at triathlonlive.tv and on twitter @triathlonlive. Trifecta returns this year with new features. Create a new login and pick your favourites now at trifecta.usatriathlon.org.