Finland’s Liisa Lilja is hoping to break the USA’s dominance in the women’s PTS2 category when she competes at the ITU World Paratriathlon Series in Edmonton, Canada on Friday 28 July.

The USA’s Allysa Seely has dominated the class over recent years, and while Seely will not be competing in Edmonton, her compatriot and Paralympic silver medallist Hailey Danz will be on the start line. Danz and Lilja have shared some brilliant battles since Lilja started the sport in 2015 and the Finnish Para triathlete is expecting another tough race in Edmonton.

“I think the race will be tough and I hope I will be able to challenge Hailey,” Lilja said. “Last time we competed against each other (at the Yokohama World Paratriathlon Series), Hailey was two minutes faster than me. I am hoping the time difference will be narrower this weekend.”

In Yokohama, Danz and Lilja reached transition two at the same time, but Danz pulled away on the run. “My running was really lousy on that day and Hailey ran off right on the first kilometre,” Lilja said. “In every race this season there has been something wrong, something to improve, but there is also progress from last season.”

Lilja’s progress is shown in her recent results and she heads to Edmonton off the back of her first two international victories at the European Championships and Iseo-Franciacorta World Cup. But Lilja is always looking for ways to improve as she strives to be the best Paratriathlete she can.

“I always want to be the fastest above the knee amputee in the race, so, of course winning in Kitzbühel and Iseo feels great,” Lilja said. “I have tried to develop my weaker sports, especially cycling, by competing in Paracycling races. I always want to develop which motivates me every day in training.”

Her next challenge is to try and beat Danz in Edmonton to continue her winning run, before taking on Danz and Seely at September’s World Championships in Rotterdam, in the Netherlands.

“After the race in Edmonton, I will know how far from the absolute top I am,” Lilja said. “It’s always a pleasure to compete with the US ladies. They are both very experienced and strong athletes and I respect them a lot.”

Titles on the line

In the men’s PTWC event, the Netherland’s Geert Schipper will be looking to win his second World Paratriathlon event of the season and repeat his success from Yokohama.

The winners of the opening two World Paratriathlon events of the season will go head-to-head in the women’s PTWC race. Australia’s Emily Tapp won the opening event in Gold Coast, while there was a home win for Japan’s Wakako Tsuchida in Yokohama.

Mohamed Lahna (competing under the ITU flag) will be looking to build upon his bronze medal in the men’s PTS2 event in Yokohama, while Great Britain’s Ryan Taylor and Spain’s Joaquin Carrasco will battle it out for the men’s PTS3 title.

The men’s PTS4 event will see US pair Joel Rosinbum and Omar Bermejo go head-to-head for the first time since Rosinbum lost his US title to Bermejo last month.

Two-time world champion Sally Pilbeam won in Gold Coast in April, before finishing second behind Japan’s Mami Tani in Yokohama a month later. The pair will go head-to-head once again in the women’s PTS4 race in Edmonton.

Canada’s Stefan Daniel starts as the favourite in the men’s PTS5 event, while the women’s race will see two Paralympic medallists renew their rivalry.

The USA’s Grace Norman beat Great Britain’s Lauren Steadman to gold in Rio last September and the pair will compete against each other for the first time since Rio in Edmonton.

World champions Aaron Scheidies (USA) and Katie Kelly (Australia) will both be targeting the top step of the podium in the two PTVI events as they step up their preparations for the World Championships.

The Edmonton ITU Paratriathlon World Series can be followed with the hashtags #WTSEdmonton and #paratriathlon on Twitter and Facebook. 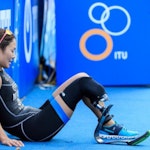 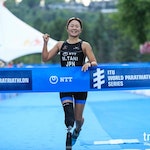 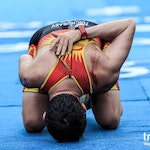 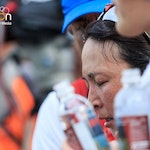 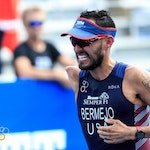 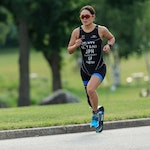 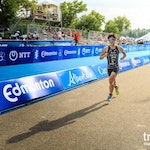 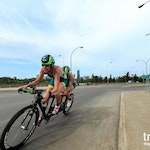 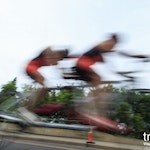 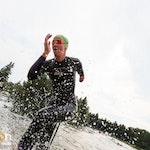 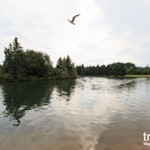 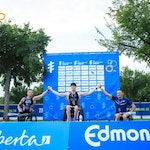