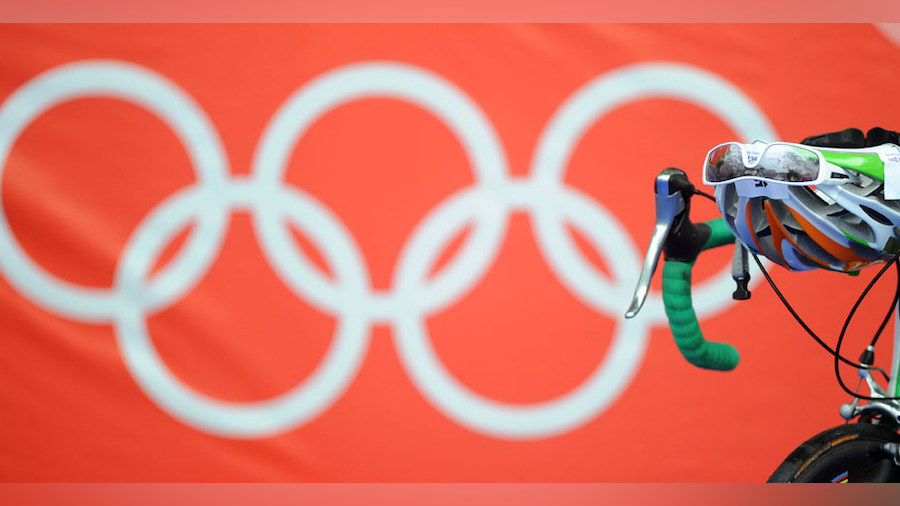 The London 2012 Olympic Games will host the fourth edition of the triathlon competition at the Olympics, and in doing so there are some interesting facts and figures to note. Here are just a few of the points to watch for in the men’s and women’s triathlon competitions in London.

39 – different National Olympic Committees, A record 39 NOCs will participate in the London 2012 triathlon competition, including 55 women across 30 NOCs and 55 men from 32 NOCs. A maximum of three athletes are permitted per gender, per nation, with eight having qualified the maximum. The 39 NOCs is an all-time high, compared to 36 in Beijing in 2008. Ecuador, Mauritius, Monaco, Republic of Korea, and Slovenia each qualified triathletes for the first time in Olympic history.

37 – years, 2 months and 23 days, the age of Canada’s Simon Whitfield, the oldest competitor in the men’s field.

37 – years, 3 months and 11 days, the age of the USA’s Laura Bennett, the oldest competitor in the women’s field.

34 – Has so far been the luckiest number at the Olympics. Start numbers indicate not only transition position, but also have served as a talisman. Emma Snowsill won gold in Beijing in 2008, Susan Williams picked up bronze in Athens in 2004, and Magali Di Marco also took bronze in Sydney in 2000, all while wearing No. 34. In London, Nicky Samuels of New Zealand has the number.

20 – years, 9 months and 28 days – the age of Italy’s Davide Uccellari, the youngest athlete in the men’s field.

20 – years, 5 months and 15 days, the age of Great Britain’s Lucy Hall, the youngest athlete in the women’s field.

13 – No athlete will wear 13 at the Olympics, as it is purposely excluded in both the men’s and women’s races, as in all other ITU races.  Therefore, the final start number assigned in the 55-strong field is 56.

4 – Olympic Games that Simon Whitfield (CAN), Hunter Kemper (USA) and Anja Dittmer (GER) have attended. They are the only triathletes to qualify for four consecutive Games.

4 - The number of Olympic medals won by Australia, the most of any National Olympic Committee in the triathlon event. As well as Emma Snowsill’s gold Australian women have collected two silver medals and one bronze. New Zealand and Switzerland have three medals each, each with one gold, then Canada and Germany have two medals. Both of Canada’s medals belong to Whitfield. Austria, the Czech Republic and the USA currently have one medal each. Great Britain are yet to medal in this event.

2 – There are two mothers in the women’s field, Slovenia’s Mateja Simic and Russia’s Irina Abysova

1 – Simon Whitfield was the only triathlete to be named as a flagbearer for the London 2012 Olympic Games, after he was selected to carry Canada’s flag in the opening ceremony on July 27 in London

0 – Test event winners who have gone on to win gold. In the previous three Olympic test events for Sydney, Athens and Beijing – the winner of the test event has never won the Olympic gold. But at the past two Olympic Games – the bronze medallist from the men’s test event has gone on to win bronze in the Olympic race. Sven Riederer (SUI) in Athens and Bevan Docherty (NZL) in Beijing. Other test event medallists who have gone on to medal in the Olympic version include Vanessa Fernandes (POR) and Emma Snowsill (AUS). Fernandes beat Snowsill in the Beijing test event, before Snowsill turned the tables at the Games.  Also the entire women’s podium from Sydney 2000 had medalled in the test event earlier that year: Brigitte McMahon (SUI), Michellie Jones (AUS), and Magali Di Marco (SUI), just in a different order.