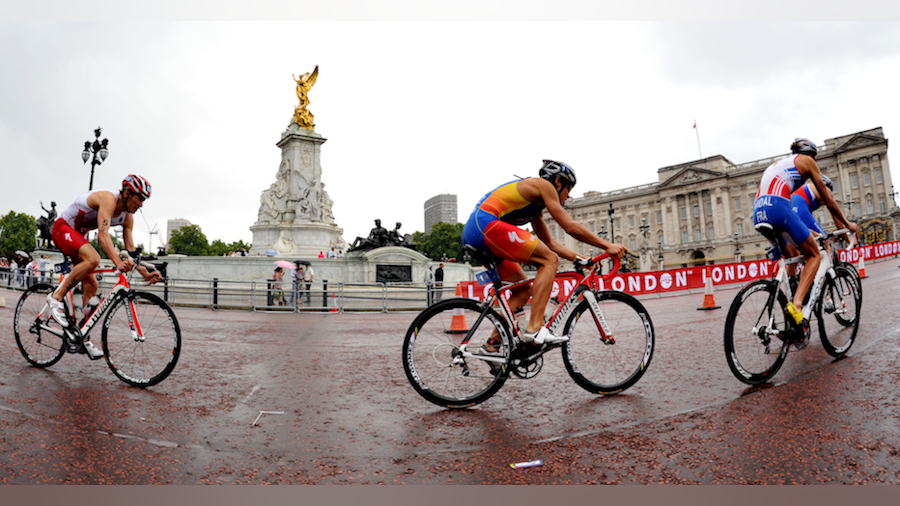 We spoke to some of the athletes who will compete in the Men’s Triathlon Competition at the London 2012 Olympic Games, about their pre-race preparations, how the race will pan out, what they noticed from the women’s race and their own chances on the Hyde Park course.

Javier Gomez (ESP)
On his preparation for London compared to Beijing:
“I’m feeling much better than four years ago, I was travelling with an injury four years ago for two months before the Games. I could train but it was hard, physically hard and mentally hard and now although I was a bit ill one month ago, training has been going really good and I’ve been working really hard.”

On whether he would try and go with the Brownlees at the start of the run:
“If you start with them, maybe the pace is too high and I’m sure I would have run a bit faster in Kitzbuehel if I had run my own pace. But when you see the race, you don’t want to let the race go, so it’s something you have to decide in the race. At the beginning you try to start with the leaders but you have to be smart enough to realise if the pace is too high and try to go your own pace and maybe you will be more successful in the end, you will find them at kilometre 6 or kilometre 8. You need to be ready for anything. Alistair was pretty impressive his performance in Kitzbuehel, but it’s a one day race, anything can happen.”

Alistair Brownlee (GBR)
On his preparation for London compared to Beijing:
“It feels a million times away from this time. Last time I qualified for Beijing last minute. Just squeaked in. Went into the Olympics, and I was happy to be there really. I thought top 20 at the Olympics would be good. We were trying to prepare for different conditions, obviously hot and humid. It was a real steep learning curve. By the time I got there I had been away for months and months and was convinced I could win the race even though I had no chance. I just went for it. This time I’ve come in very late and it doesn’t feel too much like an Olympic Games. This time it feels very different coming in as a favourite. But it’s still a triathlon, you still have to swim, bike, run. I prepared for it a bit better I think. I took some things from last time, and hopefully that will come out.”

Jan Frodeno (GER)
On his preparations for London, that included a frustrating time with injury:
“It’s been a long time of not knowing what’s going on and searching and obviously huge ups and downs also for me mentally not knowing if I could even ever run again. Because nobody was finding what was going on and it was just the most mysterious thing ever, rest didn’t do it any good, exercise didn’t do it any good you know all the basic things you do didn’t help so it’s been a strange time but also a self finding time, I think it’s changed me a lot in my approach to racing and my approach to my sport and what I love doing.”

Jonathan Brownlee (GBR)
On Great Britain’s performance so far at the London Games:
“I think it takes pressure off of us, to be honest. We’ve got so many gold so far. If we got to this position and we hadn’t won any golds, then maybe everyone would be looking to us and thinking, ‘Team GB hasn’t got a gold yet, maybe they can do it.’ But because we’ve done so well so far, it gives us confidence.”

Hunter Kemper (USA)
On what he learned from the women’s race:
“They all talked about how exciting it was and how loud it was on the race course, when you couldn’t hear yourself talk. The only race I can compare it too having not done London yet would be Sydney, Australia for the Olympics in Sydney, the first time for the event. It was crazy, it was like three and four people deep the whole entire way and you couldn’t hear anything. It was exciting racing in that type of environment, so I look forward to that again.”

Kris Gemmell (NZL)
On his approach to London compared to Beijing:
“Personally, Beijing was a bit of a nightmare memory for me, in terms of I was in the best shape of my life and I was one of the favourites going in but unfortunately I cut my foot. I’ve thought about it for the last four years and heading into this race, I haven’t really done anything different I’ve prepared the same way with the same intentions I did four years ago going in thinking I could win the race, and that’s the way I’m going to approach it.”

Richard Varga (SVK)
On his swim:
“We’ll see what I can do, but I think I am in really good shape, so I think I can change this race.”

On qualifying for London in Madrid after suffering stress fractures in his foot earlier in the year:
“It was just unbelievable really, because everyone told me, this is over, this is finished, you don’t have a chance to qualify anymore. I just didn’t want to accept it and I just kept working and just see what I can do, so it was just absolutely amazing.”

Steffen Justus (GER)
On his goals for London:
“It’s really hard to say what the goal is in London because there are two British athletes who are destroying everybody at the moment. But anything can happen, there are a lot of good athletes who can get on the podium or who can get really far in front, but I think I am one of them and I will give my best and we’ll see what happens. Of course everyone is dreaming of a medal at the games, and I also have those dreams.”

Simon Whitfield (CAN):
On how the sport progressed since its Olympic debut:
“The field is thicker and deeper. But Simon Lessing was every bit as good an athlete as the Brownlee brothers. There will be a lot of people there that say, ‘No, that’s not true,’ but he was. He was an unbelievable athlete and there’s just more of them. The Brownlees have taken it to a new level in terms of the intensity and how they race. The sport has evolved, its fun to watch. At the end of the day, it’s still swim, bike, and running.”

On his advice to any first time Olympians:
“Do what you do. It sounds so simple. But it’s true. You got to the Olympics because you do what you do and you know how to prepare. Don’t change that, just take in a bit of magic of the Olympic Games. Take it all in. The sun will shine the next day. Don’t get nervous, just do what you do.”

Courtney Atkinson (AUS)
On how he thinks the race will pan out:
“The way the races have led into this Olympics and watching the way the race panned out in the women’s on that course, it’s going to be a really fast quick race. Even if does come back all together, the work you will have to do to if you are not up the front in the swim is definitely going to be a factor by the end of the race. Triathlon is a unique event, having the three together, the swim, bike and run, everything affects everything, there are so many variables and you can’t control anyone except yourself. So for me it’s first step, swim, get up in that lead pack and then, it’s the Olympic Games, anything can happen.”

The men’s triathlon competition at the London 2012 Olympic Games commences at 11:30 local time on Tuesday 7 August. Check your local Olympic broadcaster for broadcast times. While live timing and streaming are not available, tune in to triathlon.org/live and on Twitter for live text updates, via @ITUonline and @triathlonlive.