With two years to go until the opening ceremony of the London 2012 Olympic Games, the ITU Triathlon World Championships demonstrated that London’s preparations are right on track by hosting one of Europe’s largest triathlons in Hyde Park this past weekend. The event was organised in conjunction with the International Triathlon Union and the British Triathlon Federation. Over 3,000 athletes took part in the ITU World Championship Series event, including 130 of the world’s best Elite triathletes.

“Hyde Park offers the ideal venue to host an event of the magnitude of the Olympic Triathlon,” said ITU President and IOC Member Marisol Casado. “The course is very spectator friendly and will no doubt make the event one of the most memorable events of the 2012 Games. We’re very excited to return to London in 2011 to test the same course set for the Olympic Games, which runs around Hyde Park.”

“Hyde Park is an iconic venue in central London and this will without doubt be one of London’s most popular venues putting on a world class Olympic event.”
Debbie Jevans, Director of Sport at the London 2012 Organising Committee (LOCOG)

Debbie Jevans, Director of Sport at the London 2012 Organising Committee (LOCOG), said: “Hyde Park is an iconic venue in central London and this will without doubt be one of London’s most popular venues putting on a world class Olympic event. We look forward to working on all the details of the event with the ITU over the next two years.”

This Tuesday, 27 July, marks exactly two years to go until the start of the London 2012 Olympic Games, which will make London the first city ever to host three Olympic Games, having also hosted in 1908 and 1948.  London demonstrated in emphatic style that it is ready to host the Games, by hosting one of the most successful triathlon events ever. Over a quarter of a million spectators lined the roads of London to watch Great Britain’s Olympic hopefuls, and they were not disappointed. Helen Jenkins claimed a bronze medal and the Brownlee brothers made it clear that there could be two Brit’s on the podium in the men’s race come 2012.  20-year-old sensation Jonathan Brownlee claimed silver, beating his older brother, reigning world champion Alistair, who led the race until 800 meters to go. Alistair was reduced to a painful walk for the final 50 metres, crossing the line in 10th position before being rushed off to the medical tent to be treated for exhaustion.

“The Triathlon World Championships are an exhilarating spectacle, both for the world-class athletes taking part and the fans cheering them on.”
The Mayor of London Boris Johnson

The Mayor of London Boris Johnson added: “The Triathlon World Championships are an exhilarating spectacle, both for the world-class athletes taking part and the fans cheering them on. Hosting them will be an opportunity for Londoners and visitors alike to experience the thrill of an Olympic sport on the capital’s streets and for organisers to see one of the chosen venues in top-flight action as anticipation builds for the 2012 Games.”

In 2012, triathlon will make its fourth appearance in the Games, having made its debut at the 2000 Games in Sydney. The sport will feature the top 55 men and women in the world.

“We couldn’t be more pleased with the preparations made so far for London 2012,” Casado said. “We have no doubt that LOCOG will do everything possible to make the event hugely successful. Certainly after this weekend’s races London has clearly demonstrated that they are willing and able to host a truly amazing Games in two years time.” 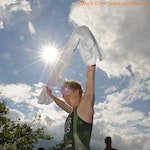 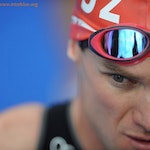 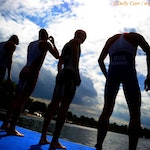 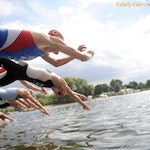 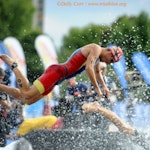 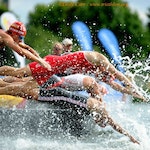 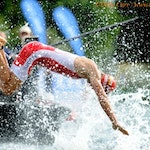 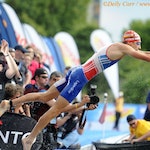 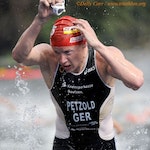 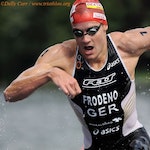 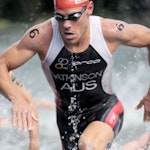 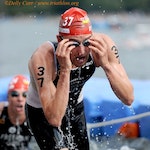