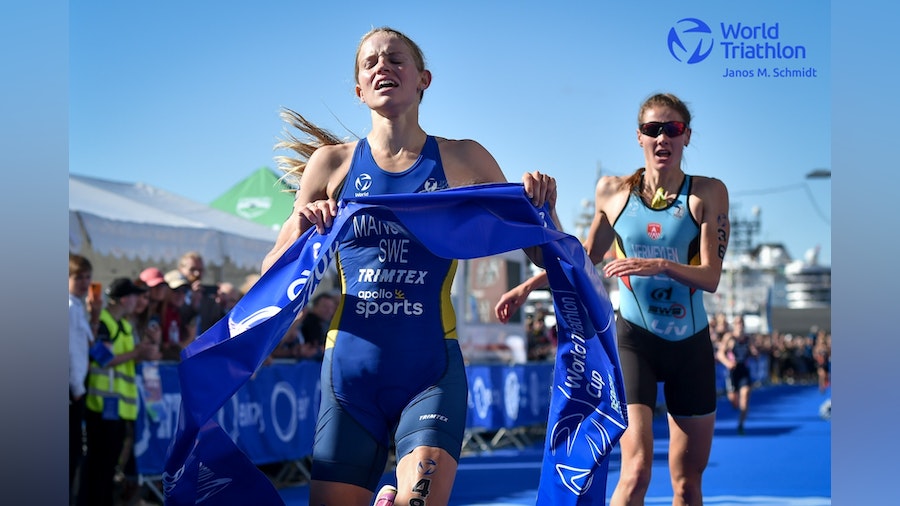 It couldn’t be a golden day for the Norwegian women on the debut of Norway’s second city, Bergen on the World Triathlon Cup circuit, but it was nevertheless a full Scandinavian show, with young and talented Swedish triathlete Tilda Månsson, current junior world champion, claiming the gold medal after beating by just a heartbeat another debutant in the world cup podiums: Jolien Vermeylen (BEL). The third place was for Great Britain Kate Waugh, who grabbed the third medal of her career.

The beautiful coastal city of Bergen couldn’t have chosen a better day for the country’s first ever international triathlon race. Sun was out and bright, and thousands of spectators lined up on the streets ready to show the world how it is to race in the backyard of the Olympic Champion Kristian Blummenfelt. 65 women dared to give it a try to the sprint distance race, that had on the menu a 750m swim in the chilly Vågen waters, transitioning onto a technical and demanding bike course on cobblestones and asphalt for 20km and four laps, each including the Nordess Hill climb and snaking descent, before the 5km run wraps things up in style on the postcard-perfect harbour.

The swim was demanding, with the water at 15.9 degrees even though the women took the stage at 14.30, for a one lap swim that was cheered from both sides of the beautiful harbour by the crowds. It was Mexico’s Lizbeth Rueda Santos the one in charge of leading the large group of swimmers through the crystal clear waters and out to the blue carpet, with Olivia Mathias (GBR), Sara Vilic (AUT), Michaela Sterbova (CZE) and Selina Klamt (GER) close behind, but by the time all of them got to their bikes, it was a quite large group leaving transition together, including Yuko Takahashi (JPN), Anja Weber (SUI) and Valerie Barthelemy (BEL).

The group faced the first climb up Nordess Hill by the Aquarium together. Still, in the zigzag descent back to the city center Takahashi decided to give it a try and took the lead by herself, showing great bike skills through the cobblestones section. Her efforts were not enough to keep her riding solo, and with Kirsten Kasper (USA), Charlotte McShane (AUS) and Audrey Merle (FRA) leading the chase group, Yuko’s solo adventure finished halfway through the bike.

Mathias, Kasper, Ainsley Thorpe (NZL), Solveig Løvseth (NOR) and Cathia Schar (SUI) took turns dealing with the technical sections, which in this course were pretty much everywhere, trying to increase the difference with the pursuers, but it never got over 40 seconds, likely thanks to the efforts of Alberte Kjær Pedersen (DEN) commanding the chase.

When the 20km on the bikes were over, all seemed to be really open, but it was the two British women, Mathias and Waugh, the ones who decided to strike first and try to break the race from the beginning. Takahashi, Kasper and Amelie Kretz (CAN) followed them quickly. Half way through the run, the group started losing individuals and Vermeylen and Månsson moved over to the lead. Both excellent runners but quite unknown in the field, they passed runner after runner to get in front of the pack while experienced athletes like Kasper or Takahashi just did what they could to keep up with their pace. But their efforts were not enough.

With 500m to go, only Waugh was able to keep the pace of Vermeylen and Månsson, and by the time the three of them faced the last turn before heading into the blue carpet, Vermeylen and Månsson decided to sprint without looking back, entering the carpet shoulder to shoulder, with the young Swedish finding the extra gear in the last meters to beat Vermeylen merely a tenth of a second, with Waugh hanging on in third place.

“I am just so happy, I can’t believe it”, said Månsson, who won the Junior World Championships in Montreal in June and was lining up for a world cup for the second time in her life. “It was a really hard race, hard course, but I am happy with how I performed, I thought I would not make it but here I am”, she said.

Vermeylen was also genuinely happy after crossing the finish line. “I just simply can’t believe it. I thought to myself that the third place would be fantastic and I almost gave up, but I decided to keep pushing and I almost made it, but really happy to take the second today, it is my first ever world cup podium”, said the Belgian.

Waugh praised the course and crowds in Bergen, “which have made this race so special, even though it was so hard. I didn’t have a good swim and I knew I had to make it up later, but I found the energy to survive the hard bike course and then give it all on the run”, she said. 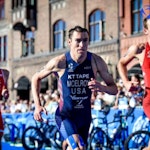 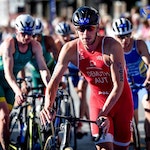 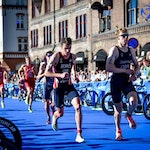 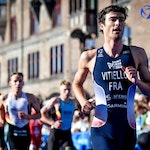 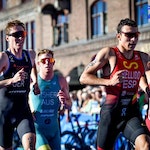 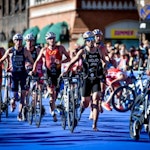 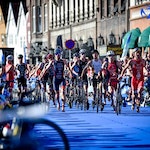 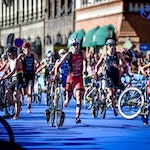 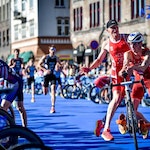 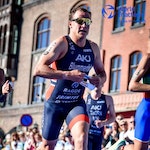 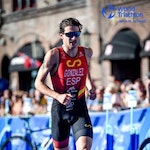 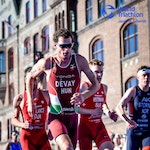