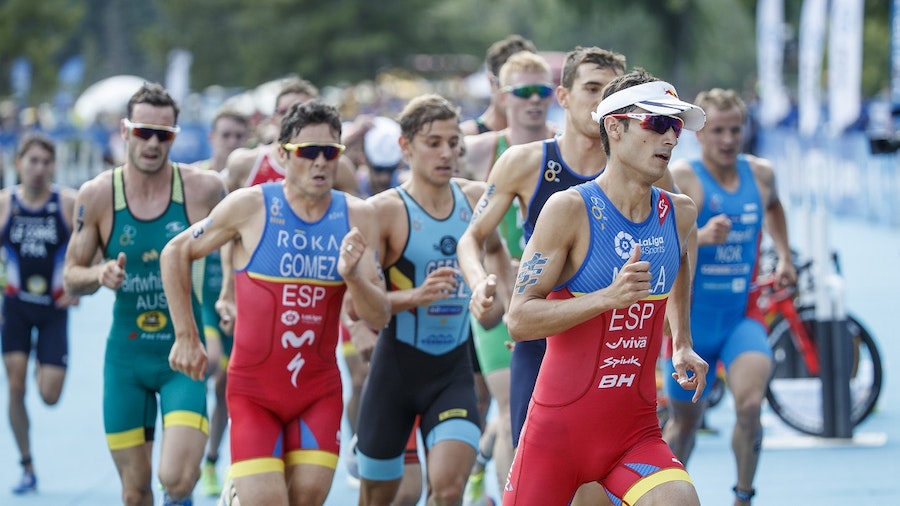 The 2017 World Triathlon Series has so far seen eight stops across eight cities, seven countries and four continents with elite action that has produced nail-biting finishes and record-breaking moments that have made the history books. This season has been one to remember and as it gets ready to come to a close, the elites will line up on the WTS start line one last time where world champions will be revealed.

The 2017 ITU World Triathlon Grand Final Rotterdam will play host this Saturday to the world’s top 69 elite men triathletes, who have competed all season long for their place on the start list and chance at earning the world title.

The 2017 World Crown is Spaniard Mario Mola’s to lose. He has dominated the WTS season this year by winning four straight races in a row (Gold Coast, Yokohama, Hamburg and Edmonton), so he is entering the Grand Final as the number one seed and the frontrunner with 3701 overall Series points. He needs to finish at least fifth place on Saturday in order to secure the title that would give him back-to-back world crowns. However, Mola has not had the most consistent of seasons this year. Although he has won four races, if he hasn’t been on top of the podium, then he has finished far from it. His best finish off the podium has been 7th place in Montreal, so knowing that he needs to finish at least fifth, he needs to be on top of his game come Saturday.

Charging in behind him and eager to take the crown would be another Spaniard, Javier Gomez Noya. Gomez started off the year perfectly by winning the season opener in Abu Dhabi, but then he remained off the podium with some top ten finishes. He then got back on track towards the end of the year and returned to gold in Montreal. He enters Rotterdam second in the rankings and has the chance of winning his 6th world honour of his career if he can finish the race and keep Mola five positions behind him.

The other Spaniard that will be vying for a spot on the overall Series podium is Fernando Alarza. Alarza is another athlete who started the season strong, but has had bouts of bad luck in racing, including two DNF’s in Hamburg and Stockholm, that has put out of the top three entering Saturday. Last year he earned the bronze medal in the overall Series, and if he can get a top finish in the last race of the season he has the opportunity to get back on the podium once again.

At the start of the season, South African Richard Murray decided he wouldn’t just give all of his attention to the WTS, but after competing in five WTS races this year and medaling in three of them he enters into the grand final currently ranked third overall. If he finishes in the top four and ahead of Alarza, he is guaranteed a spot on the podium.

The men’s field this season has seen a large amount of talent reach the medal stage. From the eight different races so far this year, 12 different men have stepped onto the WTS podium. Reaching a personal best with three podiums, including two silvers is Kristian Blummenfelt (NOR). He has been the wild card athlete in the WTS, who has showcased his greatest efforts all in the final kilometres of a race. He is an exceptional runner and has been known to run down the competition to push his way onto the podium in crucial moments.

Earning two podiums a piece was Jacob Birtwhistle (AUS) and Jonathan Brownlee (GBR). Birtwhistle has had a standout year in 2017, collecting back-to-back silver medals in Hamburg and Edmonton as well was one of the key pieces to the puzzle as to why Australia won the 2017 ITU Team Mixed Relay World Championships. Brownlee on the other hand has always been a fan favourite and it was the Grand Final last year where he infamously was carried across the line by his older brother Alistair. However this season he has had the ability to race without any pressure as injuries took him out for the majority of the season, so he has unlikely chances to get on the podium.

Kiwi Ryan Sissons and Brit Thomas Bishop both earned first-time WTS medals this season. Sissons captured his bronze in Hamburg, while Bishop opened up his season in Abu Dhabi by claiming the silver.

The men will get the 2017 ITU World Triathlon Grand Final underway at 13:06 on Saturday, September 16, while the women will follow the next day at 15:51 local time on Saturday. Follow all of the action live at triathlonlive.tv and on twitter @triathlonlive.

Join the conversation with the hashtag #RotterdamGF