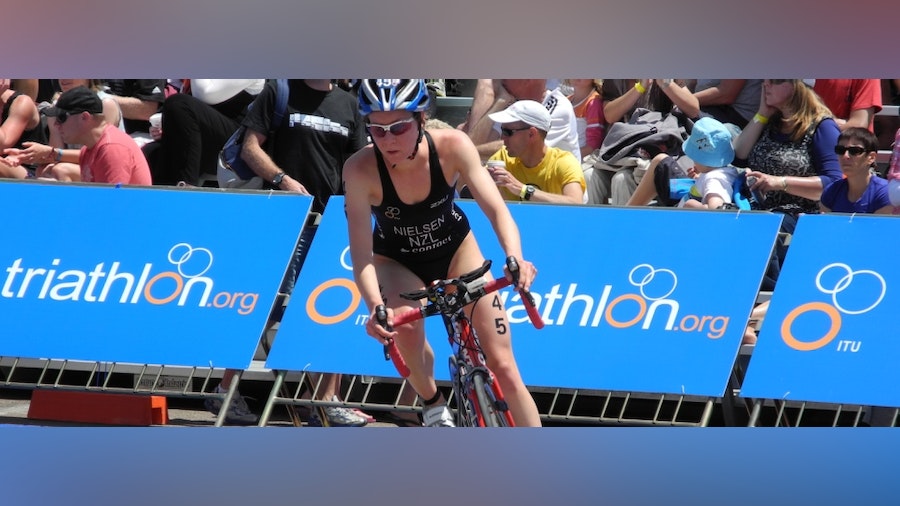 The junior women will kick the final day of elite action into overdrive when they set off on a mad dash in search of a world title. The ITU junior world championships will be contested over the same course as the elites, but half the distance for a lung-burning sprint. The day will begin with a one-lap, 750m swim in Queens Wharf, followed by the same grueling bike course the elites face. Juniors will endure four laps, as opposed to eight, but that still means four big hills to quadruple the energy output. The ladies who have enough left in the tank will take off downtown for two quick laps totaling five kilometres. The field of almost 50 rising stars represent 29 different countries.

Although a junior race, make no mistake about it, crowds are expected to line the streets to watch their own Mikayla Nielsen defend her world title. Last year in Beijing, Nielsen soared to the finish line with a searing run despite rain and chilly temperatures. If conditions are even slightly better on home soil, Nielsen will have a great shot at the title.

Maddie Dillon, a native of Auckland, will line up with teammate Nielsen. Dillon, who comes from a triathlon family, raced in the last two junior world championship divisions, improving her place each year. She also competed at the Singapore 2010 Youth Olympic Games where she earned a top ten finish.

Though just 19 years old, Ellie Salthouse (AUS) lined up with the elites for various events in both 2011 and 2012. She finished in the top 20 at the 2011 Edmonton ITU World Cup and took home silver at the 2010 Youth Olympic Games. Salthouse has been known to welcome a hilly course, inferring she could be dangerous on the Auckland course. Junior European champion Georgia Taylor-Brown (GBR) is also set to fight for the title. Taylor-Brown has been solid this season, highlighted by taking the European junior title in Eilat, as well as the ITU junior duathlon world championship recently in France as well.

The junior women get underway two hours before the elite men at 11:00am local time on Sunday 21 October. Follow the race live at triathlon.org/live and on twitter @triathlonlive.

Check back soon for a preview of the elite men’s race and the showdown between Olympic medallists Jonny Brownlee and Javier Gomez for the ITU World Championship.