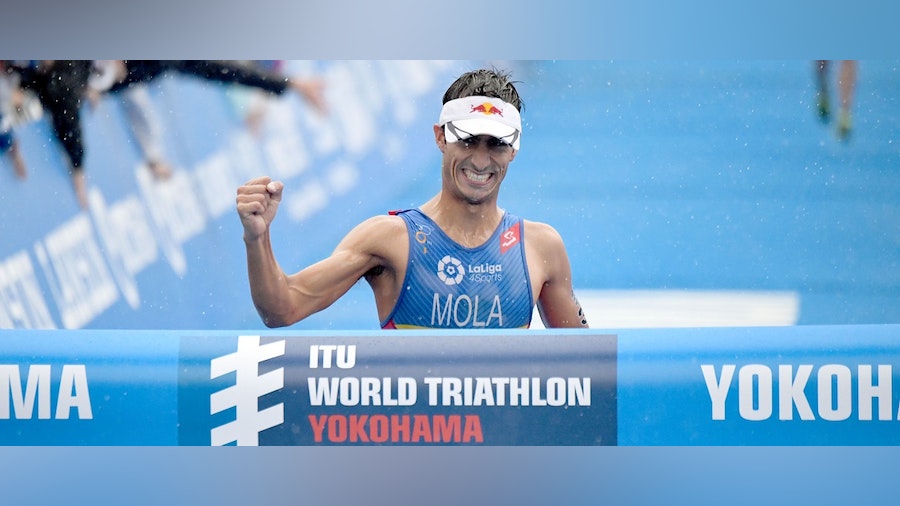 For the second year in a row, Spaniard Mario Mola claimed victory at the 2017 ITU World Triathlon Yokohama. The win was also his second of the season and catapulted him back to the top of the WTS rankings.

“I am very happy obviously, it has been a very good day for me. On the bike we had to be careful. We saw at the end I think it was Jonny who had a crash with so many others. But with this day you never know what is going to happen, today luckily it worked well for me so I am very pleased with it,” said Mola.

The win came after a tough day full of wet weather conditions, that pushed every athlete to the limits.

“I have said this before, with triathlon it doesn’t matter how fit or how good you think you are, races put you in a place where sometimes you are happy and sometimes you are disappointed. But I was confident that I made the work during the winter, I kept doing the same work and when the result comes around you have to be pleased, so I will just keep trying to work to do the same things in the future.”

Joining him once again on the podium is Spanish compatriot Fernando Alarza, who earned his second medal of the season, after the bronze in WTS Gold Coast. The bronze then went to Norway’s Kristian Blummenfelt, who pulled off a last-second attack on the blue carpet to overtake Henri Shcoemann and get the final podium spot, which also was his first WTS podium of the season.

Alarza said, “The race was terrific for me, from the start around the first buoy I was a fighter. And then on my bike I was freezing, this water was not great for me, my feet were freezing but then I warmed up. I lost maybe 20 or 30 seconds in the second transition, but I am happy for Mario, happy for me and happy for the Spanish team. I think it was another good race.”

While the women faired the wet conditions first on the day, by the time the men lined up to take on the Japanese harbor, the rain was stronger than ever. Jumping into the water, the men did not spread out despite the longer distance. Jonathan Brownlee became the swim leader after lap one and held onto the title to exit the waters first, which was the first time for the Brit since San Diego in 2012.

Surviving the busy first transition, a large pack formed that tallied around 30 men all of which contained some of the day’s biggest names such as Javier Gomez Noya, Mola and Brownlee.

Just like in the women’s race, the wet course made for some mechanical issues for some athletes. Some men were unlucky and experienced crashes that forced them to pull out of the competition, eventually decreasing the lead bike pack down to around 20 men.

The chase pack behind, which was being led by Aussie Jake Birtwhistle, had a large gap of over two minutes that never gained.

As the lead bike pack headed close to the second transition, it seemed that it would be Brownlee against the Spaniards on the run course. However, Brownlee got caught in a bike crash right outside T2 and took him out of the running for the podium. But while many thought his day would result in a DNF, true to Brownlee fashion, he picked up his bike and ran it in to be able to finish the race. Brownlee ended up 42nd on the day, but his effort to finish showed character on his first WTS race of the season.

Once into the running shoes, certain men took off. South Africa’s Henri Schoeman, Hungary’s Gabor Faldum and Blummenfelt were the immediate frontrunners, but on the first lap, Mola picked up his pace and swifted by into first place.

He then never slowed down and never saw any threats. He carried on into the finish line to claim his ninth career WTS gold.

Behind him however was a battle going on for the remaining two medals between Schoeman, Alarza and Blummenfelt. The three took turns passing each other and eventually Alarza pulled ahead to take the silver.

While it then looked like Schoeman would take bronze after Blummenfelt held a face of struggle, he surprised even himself and sprinted ahead of Schoeman with just enough time to snag the last podium spot. Earning the WTS Yokohama bronze came as a familiar face after he stepped onto his first WTS podium at the same venue just last year.

“I gave up a little bit in the last 5k, but I was just struggling to hang on. I thought if I wanted to get second place I would have to beat them and get in front, but I wasn’t able to. I think I was just sick of not getting a podium, and today was my first podium of the year,” said Blummenfelt. 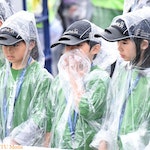 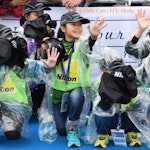 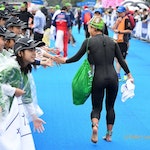 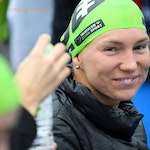 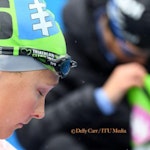 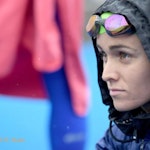 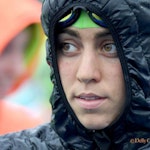 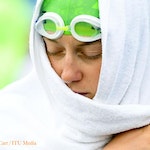 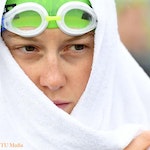 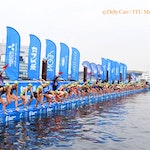 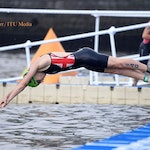 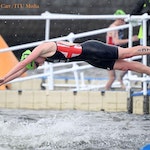