The UNESCO World Heritage site of Place Stanislas in Nancy, France was transformed into a duathlon venue last weekend to host the ETU Duathlon European Championship. The event coincided with the May Day holiday in France.

Once the May Day marches had finished it was time for the Junior duathletes to get started. A spectacular display of riding skills came from Simon Moussel, the French athlete to the delight of the local crowds. Coming in to T2 his lead was over 400 metres, but a swift and clean transition from Uccelari (ITA), Aubin (ESP), Bishop (GBR) and Hernandez (ESP) caught the group up to the leader. It was a frantic battle at the front for victory, which finally went to Davide Uccelari, who topped Uxio Aubin by just three seconds to take gold. Brit Thomas Bishop rounded out the podium.

After the first run in the Junior women’s contest it was Dutchwoman Marjon Van Der Wansem taking control and leading a pack of six athletes into the first transition. Three more women joined the lead pack on the bike, lead by Italy’s Giorgia Priarone. On the second run Russia’s Elena Danilova ran away from Van der Wansem in the final 100 metres to take gold. The Dutchwoman finished second, 11 seconds ahead of Czech Petra Kurikova.

Elite and U23 Women

The rain stayed off and a big crowd gathered for the U23 and Elite woman, who were set off together. A lead pack of five athletes quickly emerged in the form of Van der Meijden (NED), Sukhoruchenkova (RUS), Ingram (GBR), Grimmet (GBR) and Louison (FRA), who had the support of the local crowd.

Several surges on the bike soon broke the lead pack down to just Van der Meijden and Ingram. The two leaders set off on a blistering pace out of the second transition. The pair ran neck-and-neck for the entire second run until the last turn where Meijden broke away to take gold. Ingram hung on for second with countrywoman Grimmet finishing third.

In the women’s U23 contest Belgium’s Alexandra Tondeur topped Italy’s Alice Capone for the win.

Elite and U23 Men

As with the women, the Elite and U23 men set off together. Dominating the first run was Iakoleve (RUS), Buckingham (GBR) and Silva (POR). The trio entered the first transition with a 12-second advantage over the chase pack, which amazingly included three U23 athletes. After the bike leg 13 athletes entered T2 together. Russia’s Sergey Iakovlev set off at a blistering pace on the final run, but keeping pace with him was French U23 athlete Etienne Diemunsch. In the end, Iakovlev was the first to cross the finish to take the Elite title. Diemunsch was second across the line, winning the U23 category. 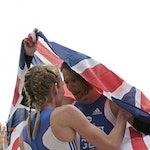 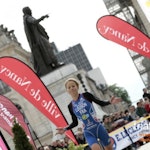 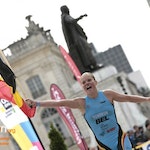 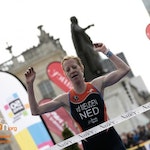 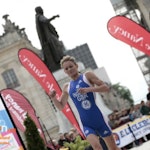 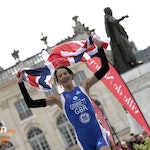 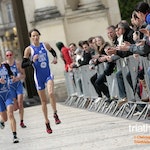 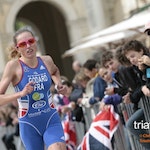 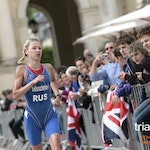 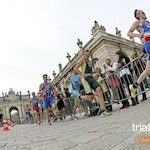 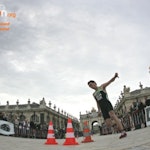 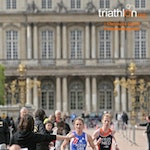