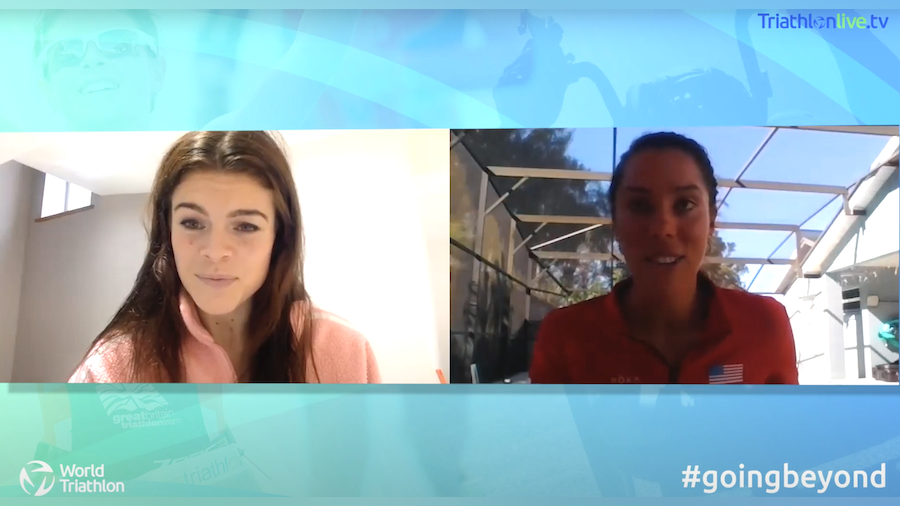 With a hotly anticipated 2021 season promising the Para Triathlon World Championships Milan in May and the Tokyo Paralympics following in August, this week World Triathlon launched Going Beyond, a weekly series of interviews that sees GB’s 2018 PTS5 World Champion Lauren Steadman dive into the personalities behind some of the stars of the sport.

“I wanted to tell the world about the stories behind the people and personalities I’ve met through my nine years in the sport. This is the perfect time to get to know the athletes going for gold later in the year in Tokyo,” said Rio 2016 silver medallist Steadman.

The woman who took that first ever PTS5 Paralympic gold, USA’s Grace Norman, was the guest on the opening show. A below-the-knee amputee born without a left foot, Norman has never let anything hold her back from pursuing her love of sport and competition.

“Growing up I didn’t know there were other people like me so I competed in able-bodied sports,” said Norman. “At 13 I went to the Paralympic trials in Indianapolis just to watch and thought it was incredible. Having grown up watching the Olympics, the first time I heard about the Paralympics I knew I had to get into it.”

Grace opens up about the journey to making her dream of competing at the highest level into a reality and reveals what has driven her to keep pushing herself to succeed. “Set goals that are way outside what you think you can hit and just see what happens. Most of the time you will surprise yourself.”

New episodes will premiere on Facebook and TriathlonLIVE.tv every Wednesday at 8pm CET, with Germany’s Christiane Reppe, Britain’s Claire Cashmore and Dave Ellis, Canada’s Jess Tuomela, Australian Nic Beveridge and France’s Yannick Borseaux just some of the names set to give their insights from the front line of para triathlon racing at the highest level.