Three-time Olympian Kiyomi Niwata of Japan won the Ishigaki World Cup title this afternoon, topping Great Britain’s Liz Blatchford in a thrilling finish. The 39-year old put on a long sprint at the final lap, pulling away from Blatchford and Tomoko Sakimoto (JPN), who came in second and third, respectively.

Chie Nakashima (JPN) led the field out of the swim, entering T1 with a 10-second gap on the field. A chasing group soon caught the leader during the first lap on the bike. Twelve athletes formed a lead pack with no one able to pull away from the group. On the fifth lap, Japan’s Adachi - 4th at Dextro Energy Triathlon ITU World Championship Series opener in Sydney - got a flat tire, forcing her to lose 49 seconds from the lead pack.

On the run leg, Niwata, Blatchford and Sakimoto pulled away from the chase packs, including emerging young athletes Holly Aitken (AUS), Keira Pride (AUS) and Akane Tsuchihashi (JPN). Niwata and Blatchford pulled away from Sakimoto on the final lap, making for an exciting head-to-head duel to the finish. In the end, Niwata was too strong, pulling away from Blatchford on the final stretch to take the win on her home soil.

“Unbelievable! I still can’t believe it. I love Ishigaki and am happy to win here,” said Niwata. “I didn’t try to win, but just tried to enjoy the race. That was the key to bring me to the top of the podium today.”

“I was satisfied with the race. It’s always good to be on the podium,” Blatchford said. “I hoped I could stay with Niwata for a sprint finish, but she was too strong on the hills. I couldn’t stay with her.”

ITU Triathlon World Cup Ishigaki is the longest running ITU World Cup event celebrating its 15th anniversary this year. The Island becomes a triathlon mecca in Japan’s triathlon scene during race weekend, drawing over 1,700 age-group triathletes from all over the region. It is the largest triathlon festival in Japan and has helped establish Ishigaki as a Japanese sporting hub. 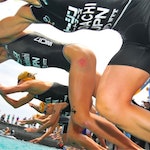 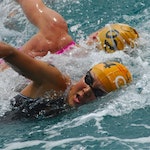 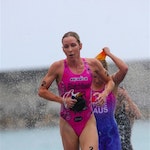 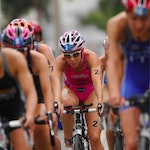 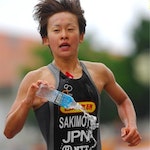 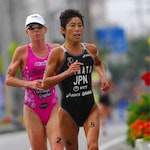 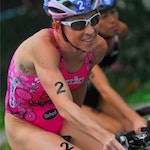 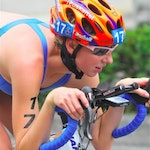 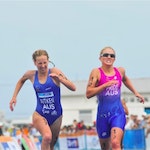 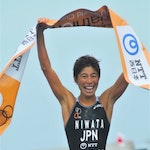 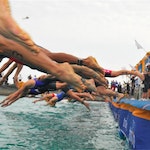 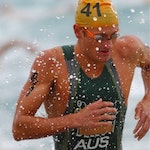