In the height of Olympic and World Championship excitement, when athletes etch their names in history books and impress legendary images on our minds, it’s easy to forget the scores of people who make it all possible – the coaches, the parents, the friends, the officials, the support staffs. But occasionally, when the sparkle has settled, there is an opportunity to remember the people behind the legends, which is exactly what Lisa Norden did for Darren Smith at the 2nd ITU Science and Technology Conference.

While the seminar was largely about sharing ideas to prepare the next generation of super stars, it wasn’t without opportunity to slow down and remember those that help make the magic happen. Check out Norden’s letter to Smith when she presented him with Sweden’s most prestigious sport award that she earned late in 2012. 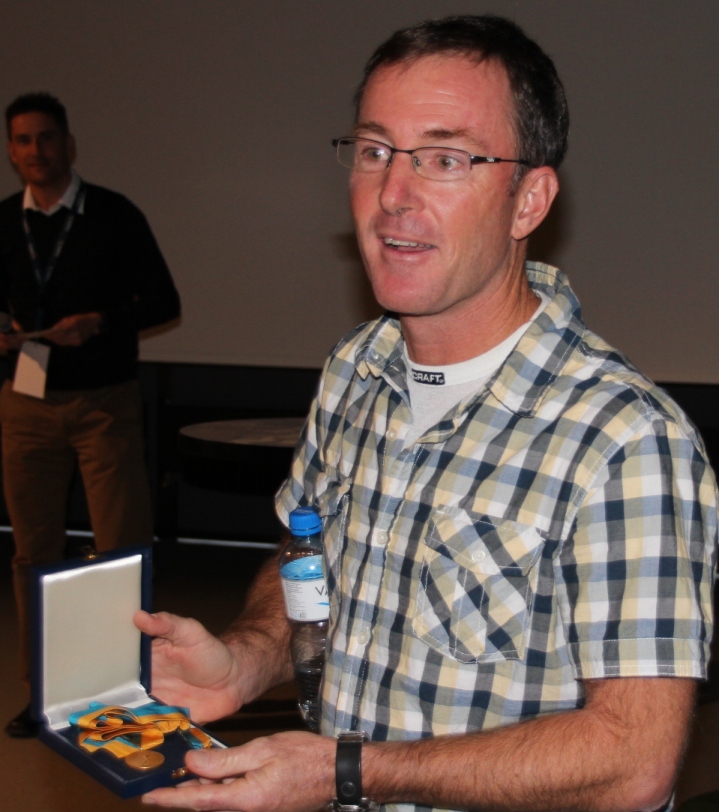 I know you are not a big fan of awards galas, but when I was presented with this opportunity, it was too perfect not to embrace it! What could be the second best option to an award gala if not for a science conference!

I was awarded this medal back in Sweden late last year. The prize is called “Bragdguldet”, which roughly translates as “outstanding achievement”. It could almost be called the most prestigious award back home with the likes of Carolina Kluft, Annika Sörenstam, Ingemar Stenmark, and Björn Borg having previous won.

No one has ever won it over an Olympic gold medalist before and I had to beat out Zlatan Ibrahimovic, one of the world’s best football players. The motivation from the jury to award me the honour was “for a series of achievement, where silver turned to gold”.

Of course a big part of this medal is yours, Darren! Last season was an amazing year, but the foundation was built the last five years leading up to 2012. It was you that taught me that being a great athlete is not so much about what comes from the good days, but what you do with the bad ones. You taught me how to adapt and always make the most out of a situation to achieve consistency for success!

For this I am eternally grateful, as it is on this base and your teachings that the Olympic silver medal and the World Championship tittle were built upon. We were able to build a program which has seen two Olympics Games with outstanding results.

Thank you so much Darren!!