The world’s best triathletes return this week to beautiful Bermuda for the second WTS stop of the year and the field couldn’t be stronger. Home of double World Champion Flora Duffy, the iconic island will welcome amateurs and elite athletes this weekend for four days of triathlon races for all ages and categories, and with the Elite ones going for the first Olympic distance race of the season in MS Amlin World Triathlon Bermuda.

The tough but scenic course in Hamilton, including the ten notorious climbs of Corkscrew Hill, will indeed provide the perfect setting for the 55 men taking to the start,   with all eyes most likely being set on the three young men wearing the Norwegian flag on their backs. Casper Stornes, Kristian Blummenfelt and Gustav Iden made a clean sweep of the medals here 12 months ago, and return to the island ready to show the world if they can do it again.

Four weeks of hard training in high altitude followed by another week at sea level proved to be the perfect strategy for the Norwegian men last year, so much that some other athletes have replicated it last year. “This year all eyes will be on us, it won’t be easy to break away as we I did last year”, explained Stornes, unexpected winner in the first edition of WTS Bermuda, before setting his feet in the island this week. Expect them to show their power in the hard bike course, with the team having been training for weeks in a replica of Corkscrew Hill they have found in the mountains of Sierra Nevada with the same gradient and distance than the infamous one in Hamilton.

But as they recognize, striking again this year won’t be easy. Fierce competence will come from another really strong squad, the Spanish one, with triple World Champion Mario Mola toeing the line ready to grab another victory, like the one he got in WTS Abu Dhabi to start the season with, or Fernando Alarza, arriving to the island after a solid block of training in high altitude and wearing number 2 in Bermuda.

They both will have to look out for another legend of the sport, their teammate Javier Gomez Noya, wearing five golden “tribes” on his chest as the five-time World Champion he is. Bermuda will be the much-awaited comeback to WTS racing for the Olympic silver medalist, who started his road to Tokyo 2020 finishing in an impressive fifth place in New Plymouth World Cup after one year away from the ITU circuit.

Talking about legends… MS Amlin Bermuda will be also the return to ITU racing for Jonathan Brownlee (GBR). On what will be his WTS number 50, the double Olympic medalist will surely enjoy the tough and honest 40km bike course with 10 laps going up Corkscrew Hill and with plenty of nice technical turns and corners with the magic background of the picturesque buildings of the island.

In a tough course like the one ready to welcome athletes in Bermuda, strong triathletes with powerful bike and run skills like Vincent Luis (FRA), Jacob Birtwhistle (AUS), Tyler Mislawchuk (CAN), Aaron Royle (AUS) or Henri Schoeman (RSA) will likely be among the ones fighting to stay on top positions.

Bermuda will be also a great opportunity to see if the young and rising stars, the ones like Leo Bergere (FRA), Hayden Wilde (NZL), Eli Hemming (USA), Bence Bicsak (HUN) or Lasse Luhrs (GER) are able to repeat their impressive performances in a tough Olympic distance course.

The Elite Men race in MS Amlin Bermuda will take place on Saturday 27 April at 13h local time. Watch the race on triathlonlive.tv, including exclusive pre and post-race interviews with athletes and extra features, and follow along on our social media channels with the hashtag #WTSBermuda. 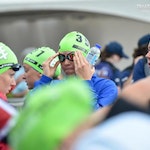 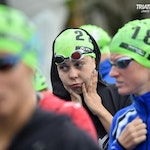 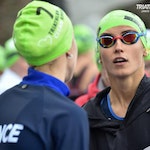 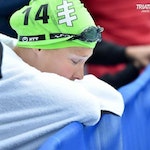 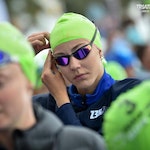 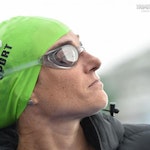 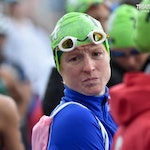 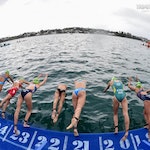 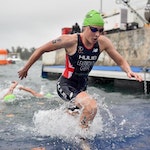 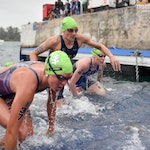 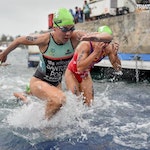 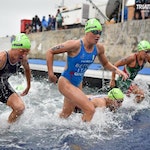