For the second consecutive weekend, ITU will host a World Cup with the circuit stopping for a second time in Mexico this weekend. In it’s debut appearance, Cozumel offers up a super speedy sprint 1-lap 750m swim, 4-lap 20km bike and 2-lap 5km run course for an impressive lineup that includes 2013 World Champion Javier Gomez (ESP) and will see the return of 2012 Olympic gold medallist Nicola Spirig (SUI) to ITU racing. She won’t start as the No. 1, but she’s definitely the wildcard that all the women will have their eyes on come this Sunday. After winning gold in a photo finish at the London Olympics, Nicola Spirig took a break from racing to become a mom. Spirig returned to competition in August, first testing out her run speed in an athletics event where she scorched 3000m in an impressive 9 minutes, 31 seconds. The Olympic champion followed her track performance up with a pair of triathlons to prepare herself for Cozumel, but it will be anybody’s guess how good the gold medallist will be upon her return.

Sarah Groff (USA), who ran with Spirig until the final metres at the London Olympics, looks to be the strongest competition ahead of Cozumel. Groff has had an inconsistent season, but challenged for the podium for the majority of the Grand Final race two weeks ago in London.

Lucy Hall holds the hopes for Great Britain, coming off a solid finish at the Alicante World Cup. Not an unusual leader on the swim, Hall often goes off the front of the bike which has failed to pay dividends on the run in the past. But in Alicante, Hall sat back and worked with the group on the bike, which led to her just missing the podium. If Hall sticks to the new strategy, she could be a medal threat.

Expect Mexico’s Claudia Rivas to join Hall out of the 750m swim and onto the 4-lap bike. But with just 20km to cycle, the leading ladies will be hard pressed for a break away. Pamela Oliveira (BRA) is well suited for the sprint course with her solid swim and bike skills and improved run capacity. Joanna Brown (CAN) and Katie Hursey (USA) both have finishing power that their competition should keep in check close to the finish line. Men’s Preview
The Spaniard doesn’t stop. He competed in every single World Triathlon Series race this year, won both the Grand Final and the overall series and proved he can compete in long distance races en route to winning it all. While many athletes are enjoying some down time after capping their seasons in London, Gomez just keeps going. He’ll line up first in Cozumel and if his form this year is any indicator, he will be one tough athlete to overtake.

After contesting the Alicante World Cup over the weekend, Steffen Justus (GER) and Dmitry Polyanskiy (RUS) will both head to Mexico. While both have struggled throughout the season, Polyanskiy seems to be finding his stride again late in the season. He topped off the WTS events with a fourth-place finish in London and just again missed the podium in Alicante. Justus is swift on his feet, but an injury-plagued season has forced him to slow his stride.

Crisanto Grajales lines up as Mexico’s top man. While Grajales has garnered consistent success at the World Cup level, he had a breakthrough performance in London with his highest WTS finish of eighth. Teammate Sergio Sarmiento, who blasted back on the scene last year after a five-year hiatus, has been known to challenge Grajales down the finish chute, so look for both men to contend.

Others to look out for are Mark Buckingham (GBR), who won his first World Cup earlier this year in Palamos, and Reinaldo Colucci (BRA), who surprised in London with a top 10 finish.

The women will take off first in Cozumel with a 10:15am start time on Sunday, 6 October. The men will head off next at 12:00pm local time. Follow the race live at triathlon.org/live and on twitter at triathlonlive. 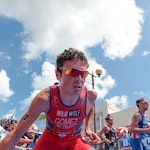 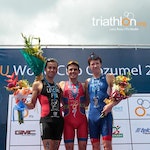 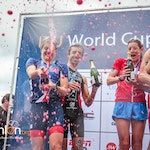 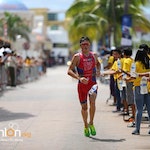 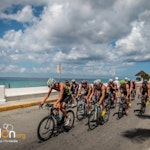 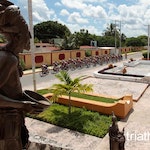 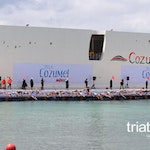 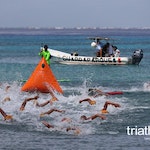 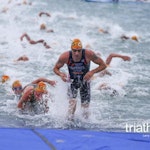 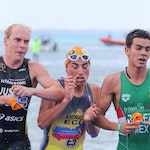 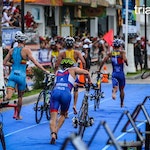 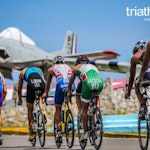