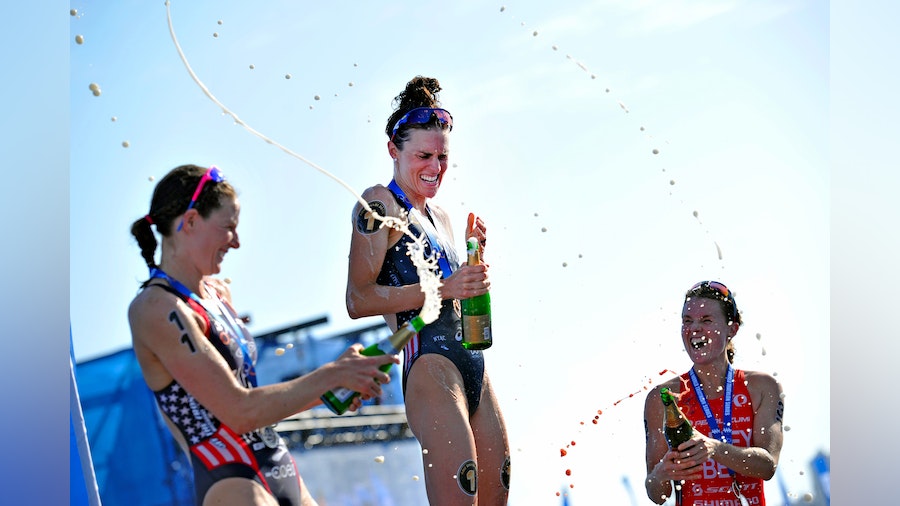 If last year provided one of the most entertaining seasons of all time across triathlon in every form, then 2023 might just be lining up another stone-cold classic for the sport’s fans around the world. With Olympic Qualification continuing in earnest, those with lofty ambitions for Paris 2024 will be preparing to hit as many start lines as they can over the next 12 months, and they include some of the biggest names in the sport coming back to the Series this year.

Perhaps one of the least expected on that list is the 2014 and 2015 World Champion and Rio 2016 Olympic Champion, Gwen Jorgensen. Among the very best to ever hit the blue carpet - and literally unbeatable in 13 consecutive races at the top level back in 2014-2015 - Jorgensen’s run was always her magic bullet, and it looked like she had closed the chapter on her triathlon career after moving on to marathon running following that gold in Rio.

Inspired by the Team USA Mixed Relay silver at Tokyo 2020, though, she is now back with a bang and training with her sights firmly set on Paris. “I’m coming back to World Triathlon!” Jorgensen announced on her YouTube channel in mid-December. “I was super inspired at Tokyo watching Team USA get silver… and that is what is really motivating me to come back.”

Heading into the ’23 season, the American has more wins than any other woman in the history of the Series, and with 23 medals overall, she trails Flora Duffy and one other athlete by just one in the podium records.

The other athlete on 24 Series podiums to date? Fellow American Katie Zaferes. A key member of that USA Mixed Relay squad and surely among the direct competition to make the Paris 2024 team, the 2019 World Champion is also planning a return to the blue carpet now as a mother and with fresh Olympic goals.

“I’ve just got back into training, and everything is going well right now,” said Zaferes in Bermuda back in November. “Before Tokyo I wasn’t sure if I could balance training and racing and being a mum, but I realised I love my job and I didn’t want to give that up before knowing if it was possible. I’m definitely thinking towards Paris, but taking it step-by-step.”

Another Olympic success story from Tokyo hungry to make her return as a mum is Italy’s Alice Betto. Finishing 7th at the Olympics and then taking Mixed Relay bronze in Montreal a few months later, after a 2022 away from racing the Italian will also be working her way back to the start line over the coming months and eyeing the ultimate goal of a Paris 2024 berth.

On the men’s side, the Norwegian duo of Kristian Blummenfelt and Gusatv Iden will be back once more after missing much of the 2022 Series. For Olympic and World Champion Blummenfelt, the lure of a remarkable Sub-7 hour Ironman test and possible Kona world championship to complete his title collection proved simply too strong as the focus shifted to longer distances, before returning to the WTCS in November with back-to-back top 10s in Bermuda and Abu Dhabi.

For Iden, a 70.3 world title and THAT record-breaking victory in Kona showed that he was also able to make the transition in distance look more straightforward than had previously been thought possible by most in the sport. How will the switch back to the blue carpet go and ultimately the next massive Olympic campaign? With season-opener WTCS Abu Dhabi already coming up fast on 3-4 March, chances are we won’t have to wait very long to find out.