One month to 2012 ITU World Triathlon Series opener in Sydney 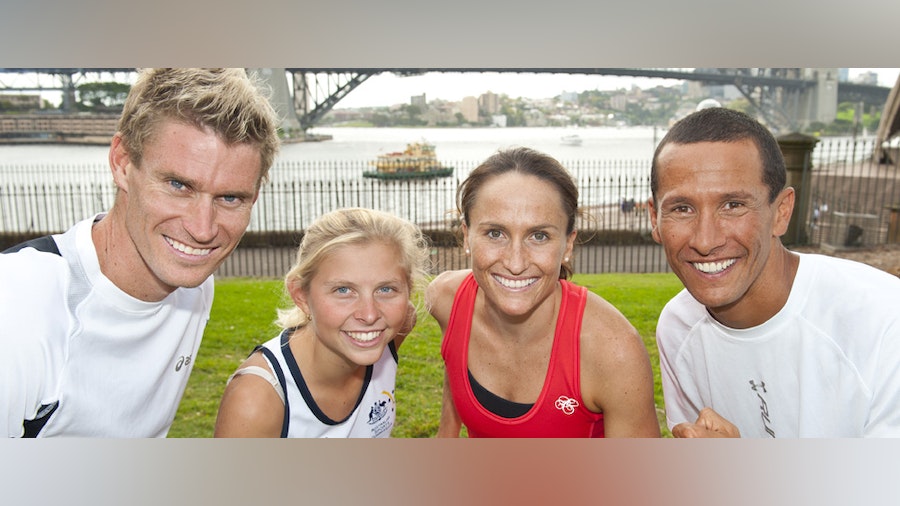 One month until the 2012 ITU World Triathlon Series kicks off and some of Australia’s biggest triathlon stars were in Sydney to help the city count down to the big race.  Double world champion Emma Moffatt, Oceania champion Emma Jackson, along with Brad Kahlefeldt and Chris McCormack came down to Sydney to meet with the media and help promote the event. Sydney will host the first round of the ITU World Triathlon Series for the third straight year on a revised course on 14 and 15 April. The triathlon will take on added importance this year, as it will provide one of the final opportunities for athletes to qualify for the London 2012 Olympic Games.

Following a review of the 2011 event, organisers, in conjunction with stakeholders and government agencies, have devised a course that reduces the impact on the CBD, but continues to showcase Sydney to the world.

This year’s event will take place over two days, with the Sydney Harbour Bridge closed on Sunday only.

The 2012 Dextro Energy Triathlon Sydney will include the invitation only elite races for men and women (Saturday 14 April) and the Age Group Race open to everyone (Sunday 15 April).

The elite triathlon will start with the women at 7.36am, and the men starting at 10.26am. The elite course will take in Macquarie and College Streets as well as The Royal Botanic Gardens and Sydney Harbour. The global broadcast will showcase Sydney as one of the most spectacular settings for a triathlon anywhere in the world.

Malcolm Noad, Chairman of the Local Organising Committee for the Dextro Energy Triathlon Sydney, sees this as the most spectacular and competitive Sydney triathlon yet.

“The world’s best triathletes, representing more than 39 countries, will converge on Sydney for the first major event of the year. Australia’s Olympic hopefuls will also compete in what will be the most competitive triathlon in Sydney since 2000,” Noad said.  “The mass participation age-group race will take place on Sunday morning, starting at 6:35am and will give competitors the rare opportunity to ride across the Sydney Harbour Bridge. From 15 years of age, competition is open to everyone either as an individual or as a team,”

In 2011, 2,500 people competed in the age-group race, swimming in Sydney Harbour, riding across the Bridge and running through The Botanic Gardens. Places in all age-groups are filling fast, so everyone is encouraged to get in quick and register.

Hyde Park will again be the centre for the triathlon, with a three-day Sport and Lifestyle Expo and grandstand seating at the finish line for all races.

The Dextro Energy Triathlon Sydney is a joint initiative between the International Triathlon Union, the NSW Government through Destination NSW and Triathlon Australia.

Spectators and competitors attending all events are advised to plan their trip by public transport by visiting www.131500.com.au, downloading the Transport Info app or by calling 131 500.

The Dextro Energy Triathlon Sydney is the first of eight triathlons held around the world as part of the ITU World Triathlon Series.

It will include two elite races (men’s and women’s) on Saturday 14 April. These events will also be used as part of the London 2012 Olympic Games selection.

On Sunday 15 April the age-group race will be held for the second year. Individuals or relay teams can compete with the unique opportunity to ride across the Sydney Harbour Bridge. Age-groups start from 15 years of age increasing in five-year increments to 70 years of age and over.