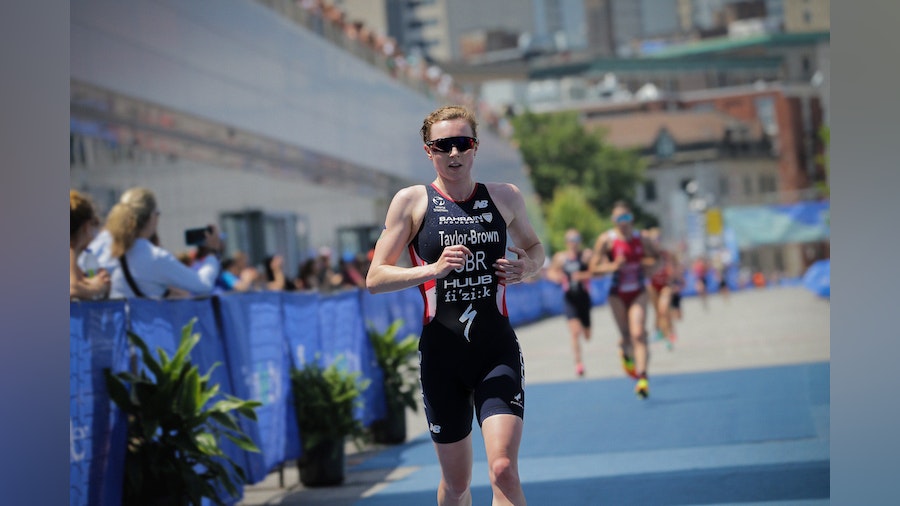 Heading fast into the pointy end of the 2022 season, all eyes are on the Italian island of Sardinia on Saturday as Cagliari makes its eagerly awaited debut on the World Triathlon Championship Series circuit.

Already a multiple-time World Cup venue, the city now welcomes stage five of this year’s Series, the seventh race of the season, throwing an almighty Olympic-distance challenge at one of the strongest women’s line ups we have seen all year as the battle to become 2022 World Champion nears its big finale in Abu Dhabi next month.

The course inverts and doubles the length of the 2019 World Cup course, itself a change to the previous years’ route, replacing the city hills with long, flat straights and a couple of technical sections in the middle of each of the bike’s ten laps of 3.8km. It is also a rare beach swim start and the 10km run follows three quarters of the bike. This could be fast.

Wearing the number one will be Britain’s Georgia Taylor-Brown, fresh from her Super League success in Toulouse and eager to extend her lead at the top of the Maurice Lacroix Rankings in Flora Duffy’s absence.

A whirlwind six years since she last raced here, an ability to dig in and deliver over any challenge that comes her way has seen the 28-year-old put together a remarkable run of results including wins this season in Yokohama and Montreal, the latter arguably one of her toughest to date. Victory this weekend would see Taylor-Brown take a near-1500 point lead into the final two races and put all the pressure on Duffy heading into Bermuda needing back-to-back wins to snatch the world title.

Knibb back to shake things up

The Olympic champion may be missing on Saturday to focus on building to St George and Bermuda, but the ever-exciting 2021 Series runner-up Taylor Knibb returns to the blue carpet for the first time since WTCS Yokohama, ready to put her injury woes behind her and build on some major 70.3 successes of her own this year, notably gold at Oceanside in April. Expect Knibb to push the bike pace hard down the long seafront straights and look to dictate the race from the front given half a chance.

Two other regulars on the WTCS podiums this season alongside the current number one have been Beth Potter and Cassandre Beaugrand. The Brit has enjoyed the best 12 months of her career so far, starting with back-to-back World Cup wins in Korea at the end of 2021, Arena Games gold in Munich and following her first WTCS podiums in Montreal and Hamburg with Commonwealth Games bronze in Birmingham.

Like Potter, Beaugrand hits Cagliari high on confidence having also found the consistency to go with the big results. After being pipped by Taylor Brown in Montreal and spoiling the party for the Brit in Leeds, the French star will be eager for another big display this weekend, and also like Potter, it is a run course she will relish.

The top 20 is thick with medal contenders and competition will be fierce over the entirety of the Olympic-distance course. Excellent across all three segments, Taylor Spivey has been back to her best of late and, though she still hunts that first Series gold, the American has good memories from Sardinia having taken the silver here back in 2018.

Germany’s Lisa Tertsch hit her first Series podium in Hamburg a few months ago and will relish another fast run in the sun. Sophie Coldwell won the sprint distance World Cup here in 2019 with a powerful bike break and has scored back-to-back Series podiums in Abu Dhabi and Leeds this season.

The French squad continues to boast impressive strength in depth, Leonie Periault underlining her return to full fitness with gold on a tough Karlovy Vary course last month and the 2021 U23 World Champion Emma Lombardi scoring a career-best 4th at this year’s WTCS Yokohama.

Maya Kingma and Alberte Kjaer Pedersen should never be discounted from the potential prize winners as they continue to develop the weapons to challenge the best in the world, USA’s Summer Rappaport was also back in podium form in Karlovy Vary and Djenyfer Arnold has shown she could be Brazil’s next star in the ascension. 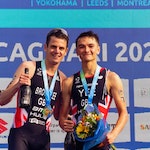 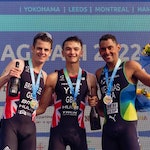 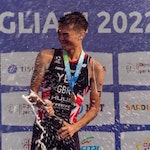 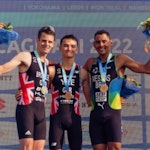 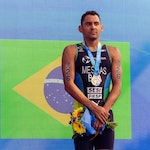 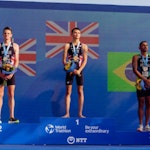 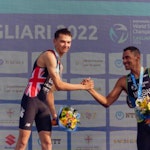 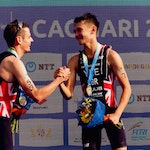 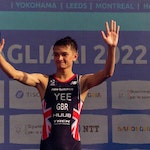 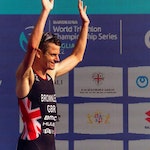 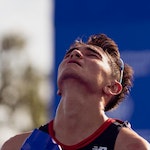 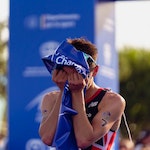