Oceania titles up for grabs in Devonport

The 2014 ITU triathlon season inches closer to the start as continental championship races kick off this weekend with the 2014 Devonport OTU Oceania Championships. One of Australia’s longest standing triathlons, racing will take place on Saturday in the Tasmanian city.

Elite Women
Under23 World Champion Charlotte McShane will have a target on her back this weekend as she lines up first at the Oceania Championships. A win for McShane, however, won’t be easy to come by with the start list highlighted by Australia and New Zealand’s up and coming talent. Natalie Van Coevorden (AUS), who trains with McShane, will join the heated battle, having finished outside the medal range last year.

Elite Men
Reigning Oceania champion Peter Kerr will head up a hearty field of men this weekend in Devonport. The race last year was a breakout performance from Kerr, who went on to enjoy his most successful season to date with his first ever World Cup medal.

The race was also a launching point for Australia’s Aaron Royle. After collecting silver in the race last year, he went on to post top 10 performances at the Auckland, Madrid and London Grand Final World Triathlon Series races. Royle’s success should set the Aussie up with the confidence to take the continental championship this year.

Royle’s training partner Ryan Bailie also gained valuable experience competing amongst the best in the world on the WTS circuit last year, dramatically improving his performances in the series, with three top 10 finishes.

Bryce Mcmaster leads a shallow Kiwi team. After finishing just off the podium last year, Mcmaster will have his sights on a medal this year. Declan Wilson (AUS) could also impact the field, having finished third in the men’s Under23 World Championships while youngster Jacob Birtwhistle will whet his appetite for elite competition, racing for the first time in a continental championships as an U23 athlete. Despite an off season last year, don’t count out Australian Olympian and 2012 champion Brendan Sexton to factor.

The women will get underway at 1:15pm local time, while the men will start at 3:30pm. 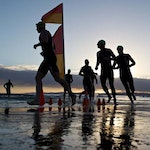 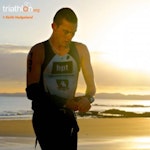 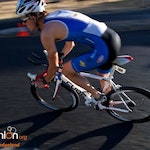 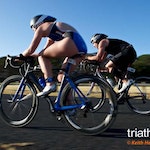 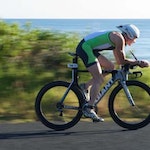 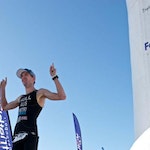 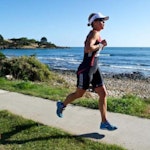 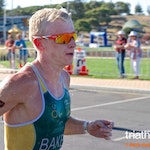 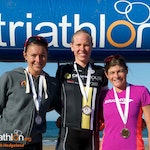 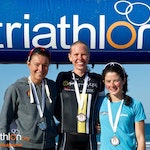 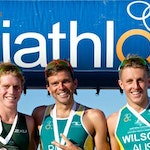 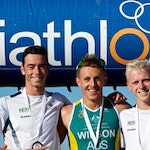