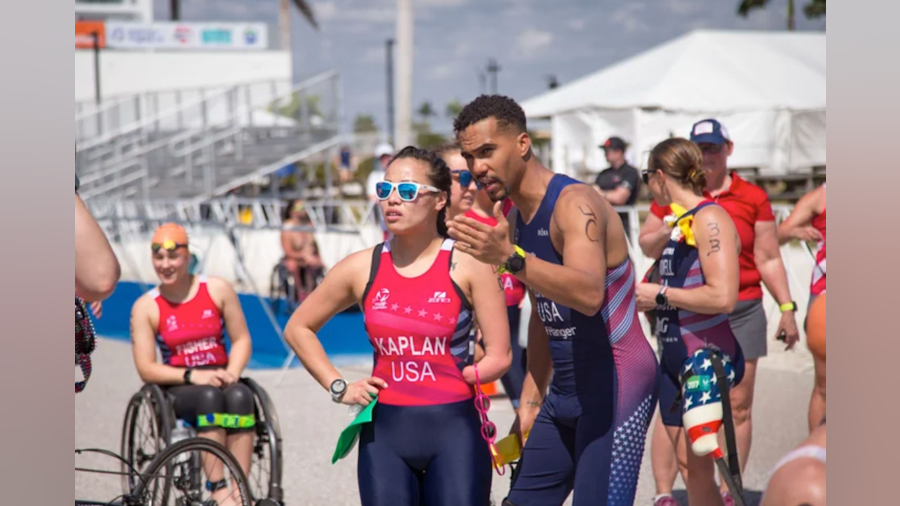 After the great success of the Mixed Relay at the Olympics in Tokyo, the Para Mixed Relay shares the same principles, but adapted to a competition with Para triathletes. Each team will composed of four athletes (two men and two women). Each team member will cover a complete triathlon race/distance (draft illegal): 125- 150m Swim, 3,5 - 4km Bike and 0,8 - 1km Run. The total time for the team is from the start of the 1st athlete until the finish of the athlete doing the 4th full distance.  A team may be composed of three athletes (at least one of different gender) with a non-PTWC athlete able to complete two (non-consecutive) legs.

Teams will be composed by National Federations, but in this first event, as an open race, every effort should be made for teams to be formed within the same NF, but if NFs need to combine athletes to make a mixed relay team, this will be allowed. Only one athlete per Sport Class per gender is recommended but limited to one in the case of PTWC or PTVI. For all other classes, if the class is repeated it must be different gender.

The first athlete must be a PTWC athlete of any gender and cannot repeat any segment, and gender is not a factor in determining the starting order of the athletes if the team consists of all different sport classes.

The Para Triathlon Mixed Relay will take place on Saturday 26th November at 07.15am and it promises to bring all the excitement and team spirit to Abu Dhabi. Don’t miss it!