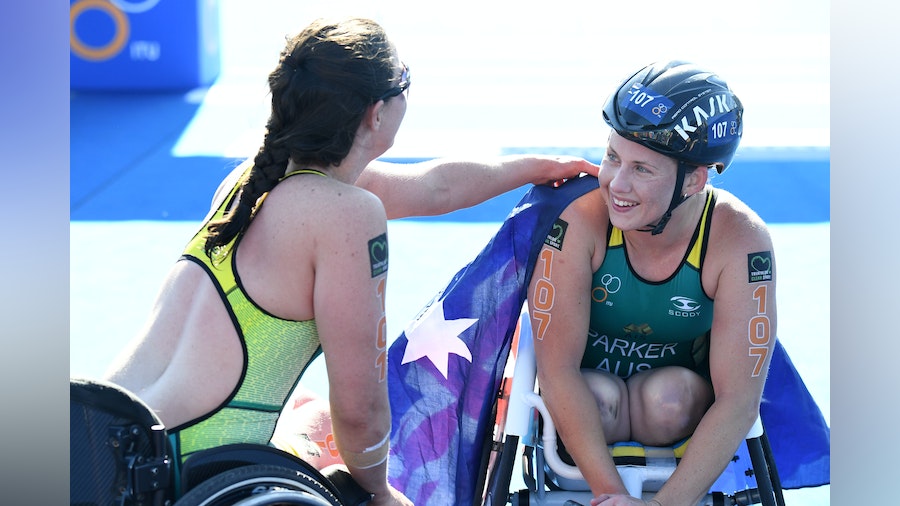 After the success of last years’ event, Devonport (Australia) is hosting the first of seven Paratriathlon World Cups in another major coup for Triathlon Australia and the Devonport Triathlon. It will be back to back racing for most of these athletes who raced the OTU Oceania Championships last weekend, chasing valuable points the event offered and racing experience to get 2019 underway.

The in-form Lauren Parker (AUS) made a huge statement with a dominating performance in the Oceania Championships and showcased the outcome of changes undertaken not just in training but all aspects of her program to ensure she is the best athlete she can be in pursuit of Paralympic gold in Tokyo 2020.

“I’m definitely still on a high after the race in Newcastle on the weekend. To get the win in the first race of the season, at home, was very special. I’ve pulled up pretty well after the race. After an easy recovery day, I was back into training at the track as normal,” said Parker.

“With the Devonport World Cup race coming up on Saturday I guess it’s a bit of a challenge lining up for two races in the same week, but I can’t wait to get stuck in and hopefully keep the momentum going.

“Devonport last year was my first full Paratriathlon event (due to the cancelled swim leg at the 2018 Oceania Champs the month before). I feel that race played an important part in the journey to where I am now with my racing, and where I’m hoping to get to. I’m looking forward to giving it another crack this year and hopefully just keep improving every time I race.”

Returning to racing after the birth of her son, Henrik in July last year, Doughty will be aiming for another good performance after last week’s win in the PTS5 category, joined by new-comer Molly Wallace who debuted at Newcastle last weekend as well as Petra Lévay from Hungary.

Also coming off a win last weekend, Joshua Kassulke will be aiming to repeat his performance in the PTS5 male category, with Western Australia’s David Bryant making his debut against some strong international competition from Péter Boronkay (HUN), Antoine Besse (FRA) and Lithuania’s Ernestas Cesonis.

Australia’s world championships PTVI representatives, Jonathan Goerlach and Gerrard Gosens will be tested by a strong international line up that has made the trip to Devonport. The challenges will come from France’s Arnaud Grandjean, Daniel Knegt (NED) and Kin Wa Chu (Hong Kong).

The Devonport Paratriathlon World Cup will take place on Saturday 9:00am AEDST |11:00pm Friday CET, and you can watch it on TriathlonLive.