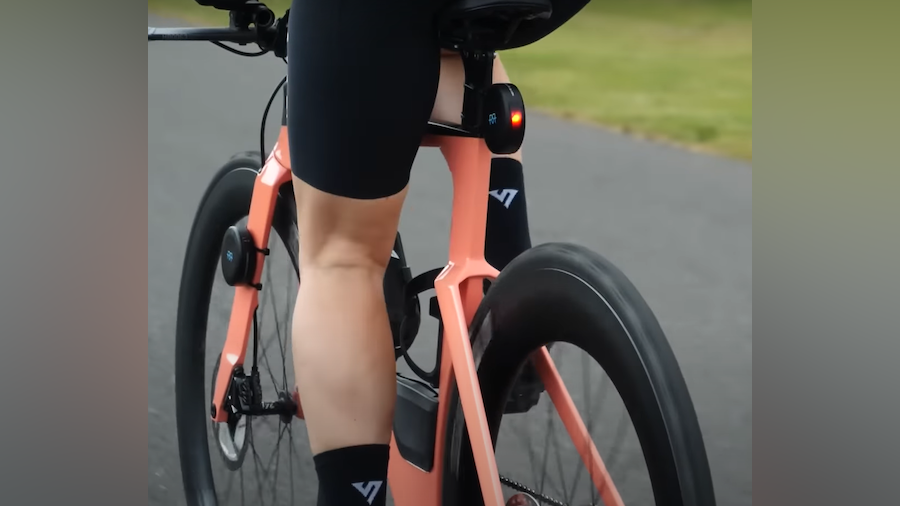 Following an initial announcement in late 2021, World Triathlon is now pleased to announce the world’s first competition trial of the RaceRanger drafting detection system. The first trial will be held this Saturday, 21 January, at the Tauranga Half middle distance triathlon, part of the Mount Festival event in New Zealand. This will be the first time this truly ground-breaking new system is tested in a competition.

RaceRanger is an electronic sensor system designed to improve fairness around the issue of drafting on the bike section of non-drafting triathlons. Currently, determination of drafting distances by athletes and the technical officials policing them are made with subjective naked eye judgements.

Developed by two triathletes from New Zealand, in collaboration with the World Triathlon Sport department, RaceRanger comprises two electronic units that triathletes in non-drafting competitions attach to their bicycles, one at the front and one at the rear.

The system makes accurate measurements of the distance between athletes while they ride. The rear unit features 3 coloured lights that signal backwards to a following competitor, providing information about their following distance. In future, the system will detect when infringements are occurring and send this data to technical officials patrolling the course, via a tablet app interface. The official will assesses the situation in real-time and can then make a decision on whether a penalty needs to be applied through the system.

“World Triathlon is one of the most progressive and innovative sporting organisations in the world, and we have proved this approach multiple times. After our team having worked with RaceRanger for over a year, it is time now to test it during an event for the first time, and this is great and exciting news for the whole triathlon community”, said World Triathlon President and IOC Member, Marisol Casado. “We at World Triathlon are always committed with making the athlete experience better, providing new technologies that will increase the fairness of the competition for all athletes, especially the ones competing in longer distance formats”.

RaceRanger Founder and CEO James Elvery explains: “We are thrilled to finally bring RaceRanger into the real world this week, to be used on bikes in a race! It is our long held and firm belief that RaceRanger will fundamentally change our sport for the better, improving transparency around the drafting rules and removing subjective guesses by both athletes and officials. Using RaceRanger for the first time really is one of those technological advancements that just make immediate sense to the users, and it is hard to imagine going back to the ‘old way’.

Literally years of work and countless hours from our team and partners have gone into getting us here. While the system is not yet fully operational and 100% polished, we feel it is important to get it in the hands of athletes as early as possible. In sport, as in product development, there is nothing like a race to accelerate progress! “

RaceRanger devices will be fitted to all 24 elite athlete’s bikes before Saturday’s event. Triathlon New Zealand & World Triathlon technical officials, along with the athletes themselves, will evaluate it’s performance and provide feedback to the RaceRanger team to aid it’s continued development.

More race trials are planned through the New Zealand summer months, and after evaluating the first real pilot, World Triathlon and the RaceRanger team will work on implementing the devices in major international non-drafting events.

Despite just now being in initial competition trials, RaceRanger has been shortlisted as a finalist for the Outstanding Tech Product category at the inaugural Global Triathlon Awards to also be held this weekend in Nice, France.

World Triathlon looks forward to ongoing collaboration with the New Zealand-based RaceRanger team, to bring it to use in the wider sport, with the goal of improving fairness and athlete experiences at non-drafting events around the world.