The first-ever 2017 Sarasota ITU World Cup champion was crowned to Mexico’s Rodrigo Gonzalez after he masterfully conquered the debut course. Despite having to serve a penalty, Gonzalez still managed to come out on top to secure his second world cup win and third world cup podium of the 2017 season.

The first-ever 2017 Sarasota ITU World Cup champion was crowned to Mexico’s Rodrigo Gonzalez after he masterfully conquered the debut course. Despite having to serve a penalty, Gonzalez still managed to come out on top to secure his second world cup win and third world cup podium of the 2017 season.

“It was a pretty tough week, I raced last weekend in Weihai and then was stuck in the Beijing airport, lost my bike in Dallas, got stuck in immigration for two hours and missed the briefing so I got the penalty. But I knew all of those things would make me stronger, so I am very glad I was able to use all of that. In my head I thought, this is just another thing I have to go through and I just am so happy that I was able to have a good race today,” said Gonzalez of his victory.

Taking the silver medal was Marten Van Riel (BEL) who outfought USA’s own Kevin McDowell in the final moments of the race to come second. McDowell then collected the bronze.

“I am very very happy to take the silver medal here. I didn’t expect it because the swim is one of my strong points and losing that in this race was a bummer for me. But I am just so happy for the second place,” Van Riel said of getting on the podium.

With temperatures rising throughout the afternoon, a decision was made prior to the race that shortened the race to a sprint-distance course. In addition to the change in the race format, days earlier that put the original triathlon to a duathlon, which meant that the elite men would be completing a 2.5-kilometre run, 20-kilometre bike and 5-kilometre run.

So, the field lined up to start the first run leg. Right off the bat Mexicans Crisanto Grajales and Gonzalez pushed the pace and became the early frontrunners in the first 2.5 kilometres.

However, the extra effort came with the fact that both Grajales and Gonzalez entered the race knowing that they had to serve a 10-second penalty for missing the race briefing on Thursday. Therefore, the strategy came into effect and they finished the first leg and served the penalty while still putting themselves in good positions heading onto the bike.

The rest of the roster was not far behind and it only took halfway through the first bike lap before the majority of the start list had formed a long train as the lead bike pack. USA’s Ben Kanute led the charge and kept the pace up. However, with only a short three-lap bike course, no breakaways happened, which meant that the second transition would be a busy one and the race would be determined on the second run leg.

Mimicking what happened in the first run leg, Rodrigo bolted out of the gate and took on the first position with once again Grajales was just on his shoulder. Battling it out for third place was a small group including McDowell, Van Riel, Jorik Van Egdom (NED), Dmitry Polyanskiy (RUS), and Aurelien Raphael (FRA). But once the second lap began, McDowell and Van Riel pushed ahead of the bunch and made a gap to be the third and fourth place positions.

While once on the bell lap it looked like two from Mexico would make the podium, Grajales started to pull back and slow his pace, which allowed for McDowell and Van Riel to make their moves and bypass Grajales.

Rodrigo never faltered and he kept his lead intact to bring him all the way into the finish line and claim the Sarasota title. It was his second world cup gold of the season after he won in Chengdu earlier this season.

McDowell and Van Riel then battled for the additional two spots, but ultimately it was Van Riel who gained the advantage and came in to collect the silver. The bronze then went to McDowell, who would earn the U.S. National Championship title from being the first USA man to cross the line. 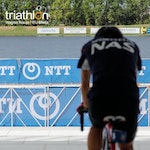 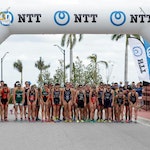 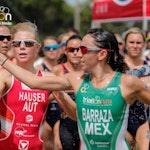 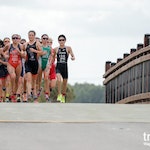 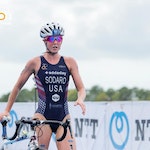 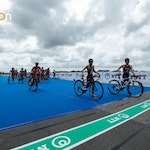 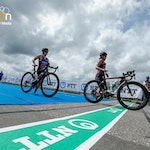 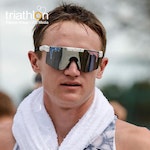 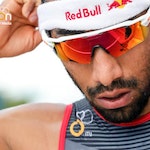 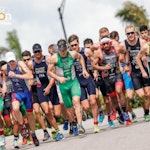 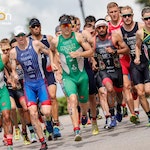 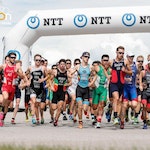