by Andrew Dewhurst on 16 Apr, 2013 08:54
Expert analysis by Olympian Kris Gemmell and ITU commentator Barrie Shepley of this weekend's races in San Diego

The second round of the ITU World Triathlon Series touches down where it all started in the birthplace of triathlon in San Diego this weekend. Friday sees a strong elite women’s field take centre stage, while the elite men’s event heralds the much anticipated first appearance of Alistair Brownlee (GBR) on Saturday. Racing will take place adjacent to the world’s first ever triathlon over a 2-lap swim course, an 8-lap bike course focused on Mission Bay Drive and a 3-lap run course on Oceanfront Walk and Bayfront Walk surrounding Mission Boulevard. In the women’s race Anne Haug (GER) will again start favourite in what has been a dominant start to the season. The German has already won impressively at the Mooloolaba World Cup, as well World Triathlon Season opener in Auckland. Haug was 7th last year in San Diego but is enjoying a late career surge that has her racing with a target on her back.

Felicity Abram (AUS) looms as a big danger again after her bronze medal performance in Auckland. Emerging from the shadow of the Australian ‘Emma’s’, Abram has enjoyed a strong 2013 so far.

Andrea Hewitt (NZL) will be hoping for improved form after a disappointing race in Auckland when she was suffering from a concussion after a bike fall earlier in the week. Hewitt felt the effects of that concussion and struggled to make her usual impact, coming home 15th.

Barbara Riveros Diaz (CHI) will likewise be looking for a stronger performance after her own disappointment in Auckland where she came home 13th.

Sarah Groff (USA) is the highest ranked American. Groff swam and rode well last year before suffering on the run to fade to 15th. However, Groff has signaled a strong off season with a win at the ITU Clermont ITU Sprint Pan American Cup race in early March with a fastest run split on the day of 17.43. Paula Findlay (CAN) will also make her debut return to ITU racing, after suffering an injury in 2012 that saw her miss the entire WTS season. When in form, Findlay is one of the fastest runners on the circuit and shouldn’t be counted out.

While it could be anyone’s race in the women’s event, a brand new podium is assured, with last year’s medallists of Helen Jenkins (GBR), Erin Densham (AUS) and Laura Bennett (USA) not on the start line this year. Men’s Preview
On Saturday, the world will watch another installment in the wonderful rivalry between Alistair and Javier Gomez (ESP), gold and silver medallists from London 2012 and both former world champions. With younger brother Jonathan Brownlee (GBR) forced to withdrawal from the race due to injury, Alistair will look to keep the San Diego title in the family, as Jonathan won last year.

Gomez has been in imperious form so far in 2013, winning the ITU World Cup Mooloolaba and running an incredible 29:36 split to win the opening ITU World Triathlon Series in Auckland, coming off the back of one of the toughest bike courses in the world.

Alistair has not yet raced at ITU event this year, but is a danger whenever he appears on the start list. His record of 12 World Triathlon Series victories is unmatched and the London champion will be looking to open his season strongly.

The evergreen Sven Reiderer (SUI) placed second last year with a monster run and returns for another season of elite level racing. The Athens Olympics bronze medallist, who owns six WTS medals but has yet to win a title, promises another consistent season on the back of his bronze medal at the Auckland Grand Final in October 2012. By contrast, young Richard Murray (RSA) is one of the rising stars in the sport.

Murray collected bronze in San Diego last year after a breakaway on the bike and finished his season at a career best top five place in the world rankings. He has already warmed up for this race with a strong second at the ITU Clermont Sprint Pan American Cup race last month where he finished behind Mario Mola (ESP). The Spaniard then continued that good form finishing behind countryman Gomez in Auckland, making Mola a serious threat on the start line in San Diego.

Dangers lurk deep with Joao Silva (POR) and Laurent Vidal (FRA) looking strong in Auckland, finishing 3rd and 4th respectively. The best local hope would appear to be Matt Chrabot (USA), albeit he needs to improve on his season opener in Auckland where he finished 12th. Of course, the Russians will again showcase a strong team with the Bryukhankov and Polyanskiy brothers slated to compete, as well as Ivan Vasiliev. While all tough individually, their strength could be multiplied when factored all together.

The Paratriathlon International Event will be held ahead of the men’s race on Saturday at 8:25am. Be sure to follow all the action live through the ITU’s live video stream on www.triathlon.org/tv, or follow via Twitter at @ITUonline and @triathlonlive 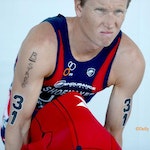 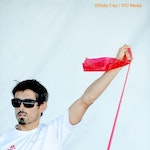 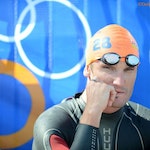 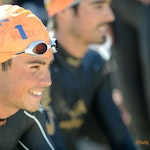 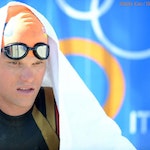 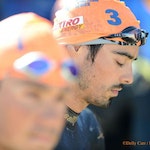 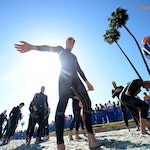 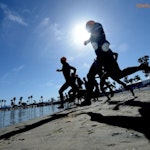 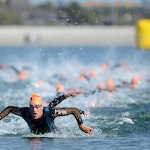 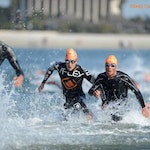 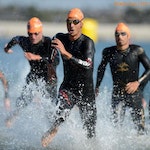 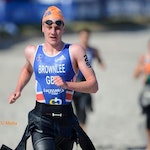