Santo Domingo ready for the closing race of the 2019 season

A large field of athletes will head this weekend to the Caribbean for the last stop of the World Cup circuit, to be held in Santo Domingo. With a field stacked with top athletes for both the men and the female races, world cup and WTS champions will be trying to get some really valuable Olympic qualification points before closing up the season.

The last race of the ITU 2019 World Cup circuit will be disputed over an Olympic distance, with the swim consisting of two laps of 750m each in the warm and calm waters of the Marina of San Souci’s Naval Officers Club. Athletes will then mount on their bikes for a 40km ride on España Avenue, enjoying the magnificent views of the Caribbean, to then run for the final 10kms in a flat course to finish inside the Marina.

She won’t be wearing number 1 this weekend, but most eyes will be indeed set on Japan’s Ai Ueda, prepared to finish the season increasing her impressive tally by adding another medal in the last World Cup of the season. The Veteran Japanese athlete is lining up this weekend for the 200th time on her ITU career, and the last times she has done it she has finished in the podium: gold medal in Lima and Mizayaki World Cups, and silver in Tongyeong World Cup. But for Ueda won’t be easy to get the hat-trick.

Lining up in Santo Domingo will be another superb runner, France’s Sandra Dodet, who already beat Ueda in Tongyeong to claim the gold medal, and who has proven this season that she is a tough rival, especially in Olympic distance races as the one that the athletes will face this Sunday.

Also wishing to finish the season in style will be indeed Lisa Perterer (AUT), who has had a year of up and downs, including a 4th and a 6th place in a WTS race, a bronze medal in Huatulco World Cup, but also some disappointing finishes outside the top 15 in the last few races. Talking about athletes trying to redeem themselves of a disappointing season, lining up in Santo Domingo will be USA’s Kirsten Kasper. The American is yet to step onto a podium in 2019 and is looking forward to some really valuable Olympic points to add to her account in the last ITU race of the season.

Santo Domingo is a familiar race for the USA athletes, with some of them testing the course last year in the CAMTRI event held in the same course, and in the search also for some more Olympic points will be one of the best cyclists of the circuit, Taylor Knibb. The flat and technical circuit in Santo Domingo can play on her advantage, and could be the perfect scenario for her to step in the podium for the first time on a World Cup. After her strong performance last week in Lima, it is likely that Sophie Chase will have some eyes on her back, as will do Erika Ackerlund.

Juliya Yelistratova, from Ukraine, will also be lining up in Santo Domingo following a confidence boosting performance in Lima last week, where she was awarded the silver medal. The familiar names of Elizabeth Bravo (ECU), Barbara Riveros (CHI)  and Andrea Hewitt (NZL) will be looking to use all their experience to pull together podium performances, as Bravo did last week, with Hewitt also in the pursuit of Olympic points that could take her to the Tokyo Olympics.

Spaniards Anna Godoy Contreras, Tamara Gomez and Xisca Tous have proven to be reliable options in multiple races, and will be using their strong swimming skills to try to break away the field from the beginning.

For the full women’s line up click here. The Elite women’s will take the start on Sunday, November 10th at 6.30am local time. You can watch the race live on triathlonlive.tv

Wearing number 1 will be USA’s Matthew McElroy. Strong on the bike and reliable and fast in the last segment of the races, the American has had a solid season that is finishing with powerful performance, enough to grant him the gold medal in both Tongyeong and Miyazaki World Cups, and is looking to round up 2019 with a last win. But the 27-year-old Californian will have to battle with the solid USA team, with teammates Morgan Pearson, Eli Hemming, Kevin McDowell and Tony Smoragiewicz also lining up in the Marina of Santo Domingo, all of them in the battle for the valuable Olympic points that can take them to Tokyo 2020 and also trying to get three spots in the Olympics for the American men.

Being used to race in heat conditions like the ones athletes will experience this Sunday in Santo Domingo, Mexicans Crisanto Grajales, Rodrigo Gonzalez or Irving Perez will be among the ones to watch, as will be for sure Florin Salvisberg (SUI) and Felix Duchampt (ITU), both of them stepping on a World Cup podium for their first time just a few days ago in Lima.

Another name that can be discharged is Manoel Messias. The Brazilian showed a magnificent display to claim the Lima World Cup and is willing to end the season in style, and with a run course that is completely flat, he will be hard to beat.

The start list in Santo Domingo has lots of names that also tried their luck in Lima last week, with experienced and great runners like Tamas Toth (HUN), Ryan Sissons (NZL) or Rostislav Pevtsov (AZE) having great chances of finishing in the top spots in they all arrive together to the last segment. One to watch will also be Australian Cameron Wurf, doing his first-ever ITU race at 36 years of age and with an extraordinary past as a professional triathlete and road cyclist.

On the other hand, strong swimmers like Richard Varga (SLO) or Igor Polyanskiy (RUS) will trying to break away from the first strokes in the usually choppy waters of Santo Domingo.

For the full men’s line up click here. The Elite men’s will take the start on Sunday, November 10th at 9.15am local time. You can watch the race live on triathlonlive.tv 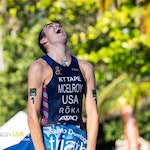 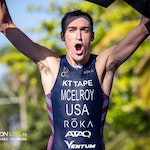 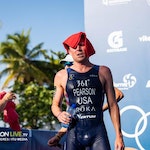 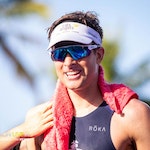 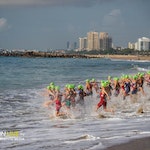 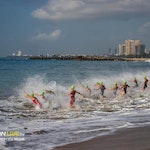 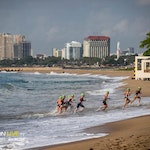 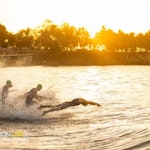 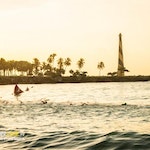 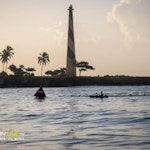 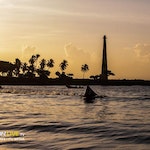 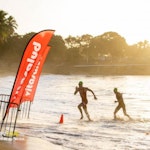