The victim of a vicious attack in Durban in March 2018 that almost cost him his leg, former South African Age-Group athlete Mhlengi Gwala‘s inspirational story of recovery from adversity continued at the weekend, as he raced in the PTS5 category at the 2019 Funchal Paratriathlon World Cup. His first experience racing at that level was an eye-opener, but has given him plenty of food for thought as he returns home to train and prepare for the 2020 season.

“It was a very hard race for me,” admitted Gwala, “the guys were so fast and I didn’t have a good race. Now i need to go home and work hard on my training, but it was a good experience. I know what I need to do next time.”

Home for the 28-year-old is the KwaZulu-Natal province on South Africa’s east coast. Taken to hospital after the incident that happened while out bike training, it was compatriot Henri Schoeman among the members of the triathlon family to help spread the word of Mhlengi’s plight, Schoeman’s appeal on social media receiving support from around the world.

As a 25-29 Age-Grouper at the 2017 Rotterdam Grand Final six months beforehand, Mhlengi Gwala had recorded the 13th fastest split for the 10km run at 34m25s. Once surgery was finalised on his horrific leg injury, he knew that it was always likely to be running that would present the biggest challenge to get back to anywhere near his previous level.

After a provisional PTS5 classification for Funchal, the coming months and the start of next season will be hugely important for shaping Gwala’s paratriathlon career. “The swim is okay and the bike is okay, but I have to land on the heel more because I can feel the strength isn’t there when I am running, i’m always testing it,” he told ITU earlier this year. “Of course my dream now is to reach Tokyo 2020. It is every athlete’s dream to compete at that level.”

See all of the Funchal Paratriathlon World Cup results here 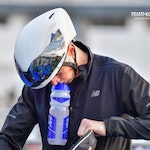 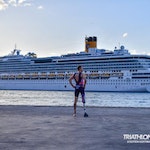 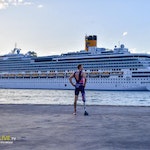 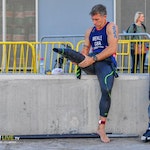 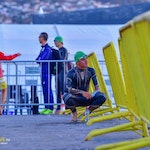 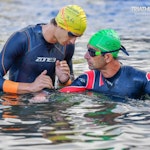 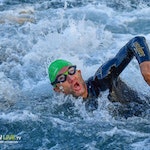 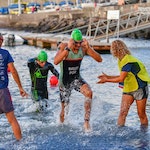 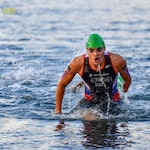 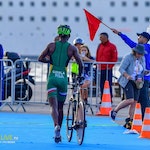 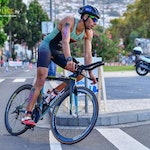 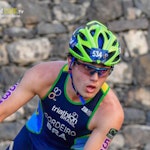