Spirig springs back into ITU form

by Lindsay Wyskowski on 05 Oct, 2014 04:06 • Español
It was only Nicola Spirig's (SUI) third ITU race since winning gold at the London 2012 Olympic Games, but she made it three-for-three with the top finishing time at the Cozumel World Cup....

It was only Nicola Spirig’s (SUI) third ITU race since winning gold at the London 2012 Olympic Games, but she made it three-for-three with the top finishing time on Sunday at the Cozumel World Cup. Lisa Perterer (AUT) improved on her third-place finish from last year to take the silver, and Yuliya Yelistratova (UKR) finished third for her second-straight World Cup podium finish.

“I’m here with my family, and we’ve been here for more than two weeks,” said Spirig, who has a soft spot for Cozumel after winning last year and using the island as a training base from time to time. “The conditions were perfect and the crowds are amazing. It’s just the whole package here.”

Sophie Coldwell (GBR), Anastasia Abrosimova (RUS), Erin Jones (USA) and Carolina Routier (ESP) led the field out of the water, but after one lap of the bike 34 women were part of the lead group including the three podium finishers. Though there were just over 60 women on the start list, only 20 seconds separated the top 55 in the field as they left the second transition to start the run.

With a number of fast runners in the group and the heat starting to rise, the field broke apart a bit on the first lap of the run, which worked well for Spirig.

“When we go to the run I wanted to increase the pace,” she said. “I thought I could win the lead without having to sprint at the end.”

Clocking in first, Spirig grabbed her second consecutive World Cup title in Cozumel. Perterer was not far behind for silver.

“I’m so happy with this result,” Perterer said. “The hardest part of the race was the last kilometer because Nicola pushed hard. I couldn’t follow her, but I got second, so I am really happy. To finish better than last year was very surprising to me. I like hot races and these conditions are nice for me.”

Yelistratova echoed those sentiments after earning bronze, adding to the bronze she won last weekend at the Alanya World Cup.

“I really like it here in Cozumel. I love racing in the heat, so it gives me some advantages,” Yelistratova said. “It was so nice to swim in the clear water, and I like the ocean. On the run, we didn’t go out as fast as possible because of the heat – everyone felt it. I tried to stay with Nicola as long as I could to have a gap to the girls behind.” 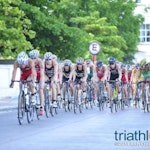 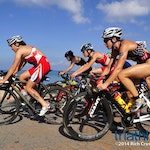 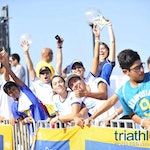 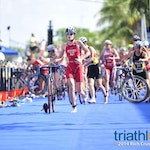 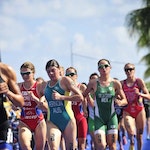 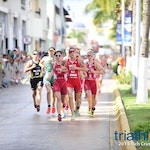 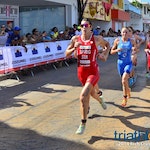 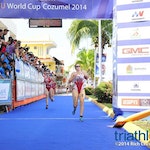 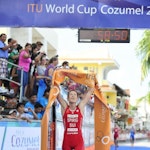 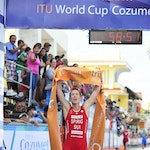 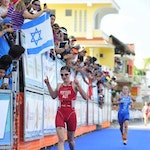 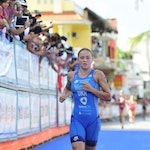