Competition at the Beijing Grand Final kicked off today with the Aquathlon.  After a few hundred age-groupers christened the course, the elite, U23 and junior men and women began the ITU Aquathlon World Championships, consisting of a 2.5km run, 1km swim and ending with another 2.5km run.

Stannard and Alterman both went out with almost identical times in the first 2.5km run.  But it was in the 1km swim in the Shisanling reservoir where Stannard made his move.  He exited the water first as the only man to complete the swim in less than 13 minutes.  With a comfortable lead in hand, Stannard closed out his third Aquathlon world title. He previously posted win in Lausanne in 2006 and Queenstown in 2003.

May propelled to the leader after opening the race with an 8 minute, 43 seconds 2.5km run.  She followed that up with a 14:45 swim and then secured the Aquathlon world title with a finishing 10:50 run.

In the Under23 category, Iuri Vinuto Josino of Brazil won the men’s title while Carlos Alfredo Perez of Venezuela took the silver.  Amongst the Under23 women, Croatia’s Sara Vilic won by a 9-second margin over Sweden’s Linnea Holmertz who came across second for the silver.  Vilic’s teammate Daria Pletikapa made it to Croatians on the podium by winning bronze.

In the junior women’s race, Mexico again scored two on the podium as Paola Diaz led a Mexican gold-silver sweep.  Diaz claimed the junior world championship while Adriana Barraza took the silver.  Hungary’s Eszter Pap made the podium for the second straight year with bronze after her silver medal performance last year.

Click here for all results from the ITU Aquathlon World Championships 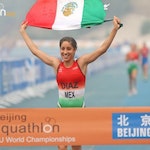 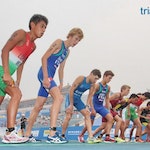 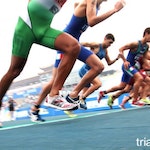 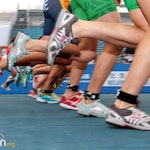 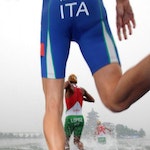 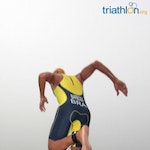 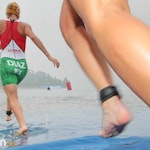 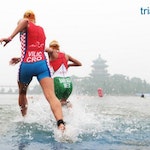 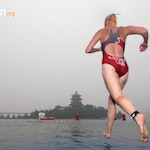 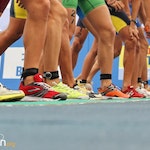 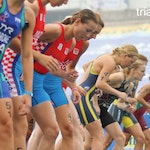 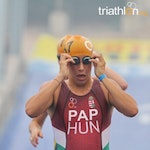