Swallow breaks through with Tongyeong title

Great Britain’s Jodie Swallow closed out her season with a dominating performance to win the Tongyeong ITU Triathlon World Cup.  Using a solo breakaway early on the bike, she held her lead right through to the finish to win by more than 90 seconds.  Triple Olympian Anja Dittmer of Germany out-dueled Spain’s Ainhoa Murua for the silver.

“It’s amazing,” said Swallow at the finish area. “I wasn’t really expecting it.”

It was a chilly wetsuit swim in Tongyeong as Jodie Swallow was first out of the water and also first out of T1 with Radka Vodickova and Neiske Becks close behind.  But on the first lap, Swallow decided to break away and go on her own.  Hammering it on the moderately hilly 40-kilometre bike course, Swallow built a one minute lead by the midway point.

The main chase group—which included many of the top contenders including reigning Under 23 World Champion Emma Jackson, Murua, and France’s Carole Peon and Dittmer—continually lost time with every lap.  By the bell lap, Swallow’s lead grew to almost 90 seconds and when she stepped onto the flat 10-kilometre run course, she owned a lead of more than two minutes.

Shortly into the run it was a tall order for the other women to reel Swallow in.  By the first lap of the run, Peon, Dittmer and Murua emerged as the other serious podium contenders.  The trio slowly dug into Swallow’s lead but as they entered the bell laps, Swallow was still running strong and looked to have the victory sealed.

The real battle was going to be for silver.  Past the midway point, Peon started to struggle with an Achilles injury and quickly faded back leaving Dittmer and Murua to fight for second.  Running side by side on the final lap, the German veteran kicked into another gear and pulled away for the silver, the 18th World Cup medal of her illustrious career.  Murua took bronze for her first ever trip to the World Cup podium.

Ireland’s Aileen Morrison finished 4th while Becks rounded out the top five.  Peon struggled with injury but hung tough to finish the race in 6th position. 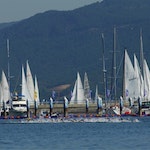 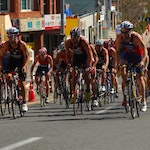 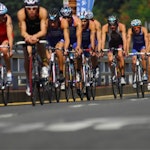 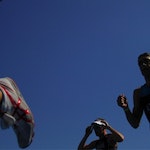 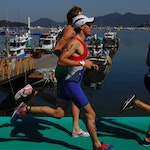 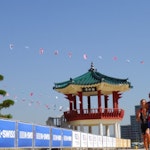 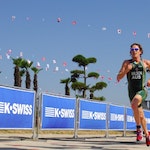 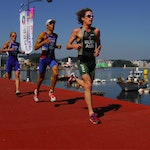 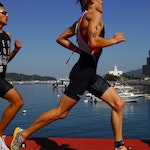 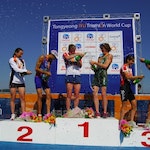 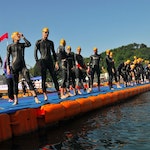 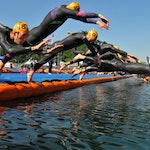