The persistent rain in Nottingham didn’t prevent the home nation, Great Britain, from returning to the top of the Mixed Relay podium after a dominant performance in the Accenture World Triathlon Mixed Relay Nottingham. With the event transformed in a duathlon format due to the conditions of the River Trent, Team Switzerland earned silver and Team France claimed bronze.

And after a morning in which the clouds and the rain stayed away from the venue on Victoria Embarkment, it was just just a few minutes before the start of the race when the rain showed up again, making the day even more complicated for the 14 teams lining up in Nottingham. It was time then to work out some strategies to try to gain a few extra seconds in transitions, with some teams changing the order of their athletes - as permitted up until 2 hours before the start of the race - some, including GB, losing the socks to be faster when putting their running shoes on, and others trying new pedals that allowed the triathletes to bike on their running shoes, like the Dutch team.

The 14 women taking the first leg of the race knew that, with some really strong runners in the line up, there was going to be no time for hesitation. And Georgia Taylor-Brown decided to make her move right at the beginning, commanding a long line of athletes into the first transition but leaving on her bike in first place, only followed up close by Renee Tomlin from USA and Emilie Morier, from France.

But Georgia put her head down and, under a persistent rain, showed off some serious bike skills, and the difference with the chasers increased so much that at the end of the 7km bike she was 23 seconds ahead of Team Australia’s Emma Jeffcoat, followed by Switzerland, Canada, Italy, Netherlands, Germany and France, all in the same second. Over the last 1.5km run, cheered on by the local crowds, Taylor-Brown showed just why she won in WTS Leeds only 6 days before with a fantastic final leg to tag her teammate Ben Djikstra in first place with a close to 30-second lead.

The first leg was indeed a fast and furious one, that let some teams almost out of the game when Renee Tomlin, with severe cramps in the second run, lost more than 2 minutes over the leaders, and with Juri Ide (JPN) loosing more than 4 minutes.

In the second leg, Djikstra managed to maintain his lead while the chasers, commanded by Dorian Coninx (FRA), had to considerably slow down in the 180 degree turns on the bike course. After another explosive combination of run-bike-run, the British were now leading by 36 seconds, with a group of six countries trying to secure their positions half way trough the race to keep on the dream of the podium.

It was the third leg that proved to be decisive. For Team GB, Sophie Coldwell securing the lead to leave one of the fastest young men in the WTS circuit, Alex Yee, to enjoy the last leg of the race. Behind Coldwell, the young Swiss Alissa Koning had the performance of her life to bring her team to the podium positions, and with French Leonie Periault working hard in the last run to maintain the second place. Behind them, while Italy, Canada and Germany were trying to stay in the mix, Tamara Gorman, had one of the runs of her life to bring Team USA from the 13th place to the 10th.

Yee, who was indeed satisfied with the change from triathlon to duathlon due to the water conditions, proved once again that when it comes to running, very few can outpace him. With a split in the first 1.5km of 4.16 mins and another 4.26 for the last run, he stopped the clock in 1h23m14s, embracing his teammates as a massive smile spread across his face.

Behind, Adrien Brifford (SUI) flew through the last run leg to claim the silver medal, the best result in the Mixed Relay Series so far for the Alpine country. Behind them, Pierre Le Corre managed to keep the third place despite having a quite difficult transition that made him lost a few precious seconds.

A fantastic last lap for Alexis Lepage brought the Canadians to the fourth place, with Germany, Italy, New Zealand and Australia following.

For the full results and times from Nottingham, click here 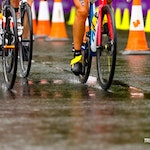 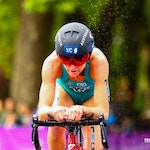 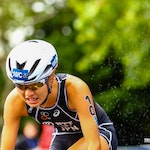 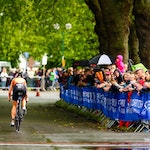 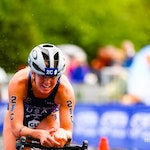 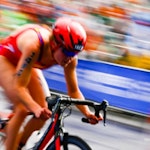 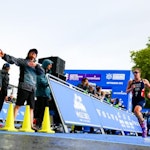 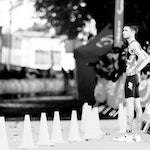 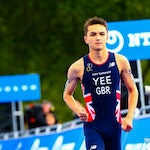 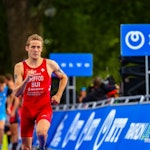 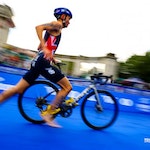 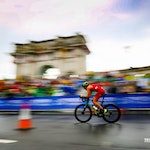