The 2021 U23 World crowns are up for grabs in Edmonton 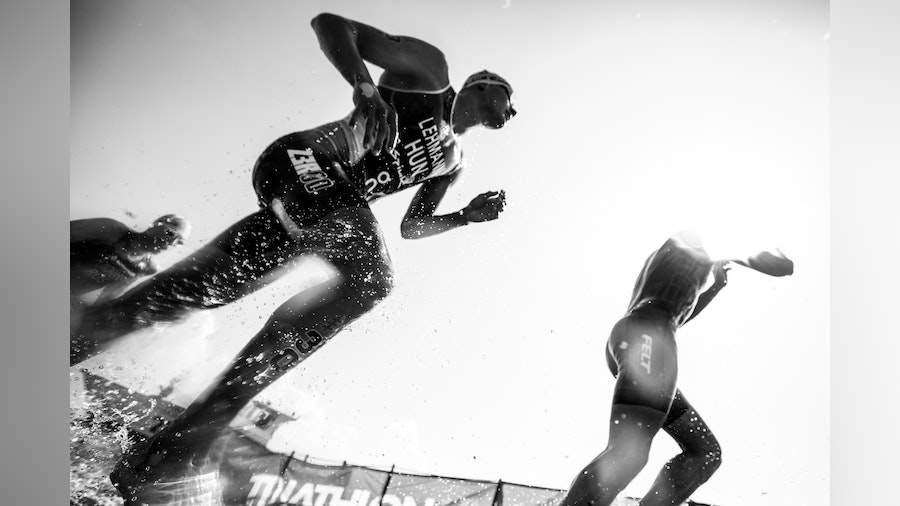 After a one-year hiatus due to the Covid pandemic, the best young talents in triathlon will take to the streets of Edmonton this Saturday to vie for the U23 World Triathlon Championship titles. And considering that most of the 2019 medallists have now moved to the Elite category, it is time to find the new stars that are set to take the future of the World Triathlon Championship Series by storm.

The athletes take the stage on Saturday over a course that will be slightly different to that of the Elites, albeit still over the Olympic distance. A beach start will get them underway for a 2-lap, 1500m swim in Hawrelak Park lake before taking their bikes for six laps of 6.67km each on a hilly and rather technical course. The race will be decided over the final 10km run, four laps around the lake, to finish in style down the Hawrelak Park finish chute that may not be lined with fans this year, but will undoubtedly have all the emotions and vibes that come with a World Championship Finals.

The U23 women will be the first to take the stage at 8am local time, with weather forecast of cool temperatures and likely a wetsuit swim, while the U23 Men will start their race at 16.30h by when it is expected to be a bit warmer. Both races will be streamed live and direct on triathlonLIVE.tv.

Out of the top 5 in the last U23 Women’s World Championship back at Lausanne 2019, only the winner Emilie Morier (FRA) has moved up to the elite category, while the remaining four - Olivia Mathias (GBR), Lisa Tertsch (GER), Kate Waugh (GBR) and Kira Hedgeland (AUS) will again be lining up on Saturday morning in a bid to step up and land the precious world crown.

But wearing number one will be New Zealand’s Ainsley Thorpe. The young kiwi is willing to finish a bittersweet summer for her in Edmonton, one that started at the Tokyo Olympics with a DNF in her individual race and a 12th place in the Mixed relay, before going on to earn a silver medal in the Montreal Mixed Relay race last Sunday.

Great Britain’s Olivia Mathias has continued her journey into the Elite ranks with success this year, claiming the victory in Tiszaujvaros Triathlon Europe Cup last month and displaying great performances in both the Montreal and Leeds WTCS events, while the other young Brit, Kate Waugh, is returning to competition after a pandemic year that has meant no starts for her since late 2019.

The 2019 U23 bronze medallist, Lisa Tertsch, will be looking forward to a powerful performance that will compensate for the disappointment in not qualifying for the German Olympic team, while young Aussie Kira Hedgeland will be looking to finish her U23 career - before moving up to the Elite racing and join her sister Jaz - in style with a podium finish in Edmonton.

Another major podium contender will be Alberte Kjær Pedersen (DEN), the brilliant winner of the Huatulco World Triathlon Cup last June who has had an impressive season so far, finishing 10th in the Arzachena World Cup and 7th in Lisbon.

They should all keep an eye on the two upcoming French superstars, Emma Lombardi and Lea Coninx. Lea, younger sister of WTCS Montreal champion Dorian, claimed the silver medal at this year’s Caorle European Cup and finished 4th in Melilla. Lombardi, only 19, has finished in the top 10 in all her races in this year, her first at international level, including a brilliant 6th place in her first ever World Triathlon Cup on the tough, hilly Arzachena course.

With the current U23 World Champion, Spain’s Roberto Sanchez Mantecon, not able to defend his crown having moved up to the Elite level, Edmonton could be the perfect occasion for Hungary’s Csongor Lehmann to continue his impressive young career and add a U23 World title to the Junior one he has already on the shelves, along with the second place he earned in Lausanne in the U23 worlds in 2019.

The young Hungarian, still only 22 years of age, has been on a start list of elite international events more than 50 times and is well used to showing up in the right place and at the right moment. Lehmann hails from a true triathlon dynasty, his father and coach Tibor was a National Champion in the ‘90s and the man behind bringing the World Cup circuit to the small Hungarian of Tiszaujvaros, where it has been a mainstay of the World Triathlon calendar for more than 20 years. And it was right there, in Tiszy, where Csongor won his last race, the Europe Triathlon Cup less than a month ago, in perfect preparation for the U23 Worlds.

But the task of winning the U23 crown won’t be an easy one. Wearing number one will be another young athlete that Csongor knows well: Australian Matthew Hauser, Junior World Champion in 2017. After over a year only being able to compete in Australia due to the pandemic, Hauser returned to the international scene at the Tokyo Olympics, to then continue his preparation for the U23 title with WTCS Montreal last week.

Also enjoying the highs of great performances in Montreal last week will be USA’s Chase McQueen and New Zealand duo Dylan McCullough and Saxon Morgan. All three proved they can perform great over short distances, and will now have to see how they can manage expectations for an Olympic-distance race only six days after the short, sharp Mixed Relay race in Montreal.

Also lining up in Hawrelak Park this Saturday will be Brazil’s Miguel Hidalgo, who stunned the world by taking the bronze medal at June’s Huatulco World Triathlon Cup and who carried on his impressive racing last week in Montreal to finish in 11th place in his debut on the WTCS circuit. Tim Hellwig (GER) and the French pair Louis Vitiello and Paul Georgenthum represent the new generations of their respective country’s aspirations to continue producing outstanding performances in the elite level of the sport.

Local cheers will be loudest for the two Canadian men competing this Saturday: Aiden Longcroft-Harris and Brock Hoel. Some of the other big names lining up in the men’s race include 2019 Junior World Championships bronze medallist Sergio Baxter (Spain) and ASICS World Triathlon Team member and Tokyo 2020 Olympian Diego Moya (CHI).