The ASICS World Triathlon Team touches down in Tokyo 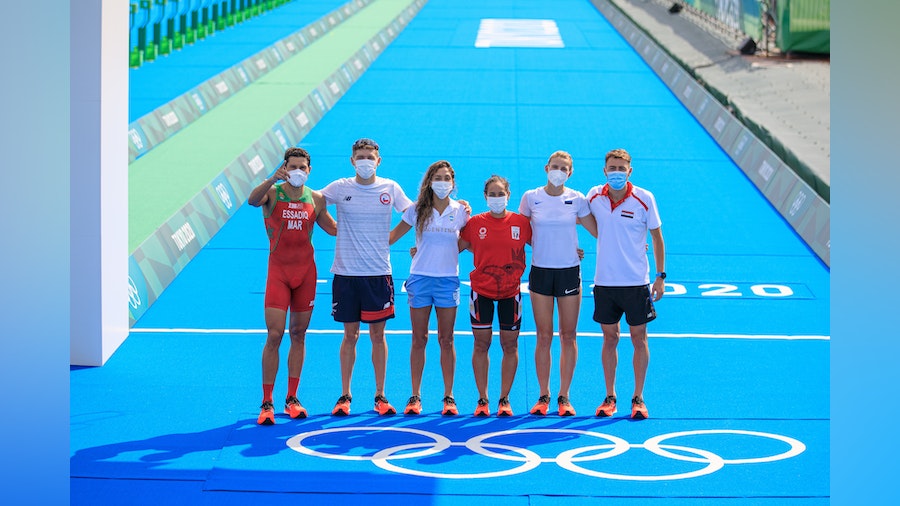 The ASICS World Triathlon Team has touched down in Tokyo! Supporting the development of triathlon all around the world, let’s hear it for the class of Tokyo2020: Kaidi Kivioja (EST), Mehdi Essadiq (MAR), Romina Biagioli (ARG), Diego Moya (CHI), Basmla Elsalamoney (EGY) and Mohamad Maso (SYR).

After getting to the Olympic venue for the first time, the six of them had the opportunity to enjoy a bit of training together and were able to test their new running gear provided by ASICS.

“The atmosphere in the Village is incredible. It’s my first Olympic Games so I’m definitely going to the Opening Ceremony! I wasn’t at the Test Event so this is my first time at the venue… it’s great to see it all set up”, said Diego Moya. “You can sense a little tension but I’m one of the youngest here so I am not feeling the pressure. I want to start strong and be on that first pack - an excellent swim, really good bike and then enjoy the rest of the race.”

World Triathlon Development is also looking after young talents, facilitating athletes’ careers from Junior to Elite and targeting the 2024 Paris Olympic Games and beyond.

At the beginning of each year there are between four and six designated “ASICS World Triathlon Team” events with five slots for female and five for male athletes. Following successful application by their National Federations, the chosen athletes can attend the events, with World Triathlon’s support giving them vital experience at World Cup level.

In brief:
Provide support, resources, and expertise to athletes from National Federations with the potential to qualify for the Paris 2024 Olympic Games through Olympic Ranking or “New Flag” or IOC Tripartite Commission Invitation or IOC Refugee Programme

Looking after young talents, facilitating their athlete careers from junior to elite, aiming for the Los Angeles 2028 Olympic Games and beyond

Maximum 2 athletes per gender per nation

HISTORY-MAKING OLYMPIANS OF THE ASICS WORLD TRIATHLON TEAM (TEAM ITU)
The following team members made Olympic history by putting their countries on the triathlon start lines for the first time. (*first male or female triathlete of the respective nation):