The ITU World Cup season continues this weekend with the sixth stop of the ten-part World Cup calendar arriving to the iconic Hungarian town of Tiszaujvaros. The northern Hungarian town is of the longest running World Cups in ITU history. Part of a week-long party, the race is a favorite for many top athletes.

For this year’s 20th anniversary of the Tiszaujvaros World Cup, the race will maintain its semi-finals and finals format, with three semifinals for the men and two for the female triathletes taking place on Saturday, with the finals to be held on Sunday.

Women’s Elite Preview
For the first semi final, 22 athletes will be on the pontoon for the three laps 750m swim course, before taking their bikes for a two-lap 20km flat bike. The 5km run is also going to be fast and flat, with a course designed for the whole town to get behind the athletes.

Ukraine’s Yuliya Yelistratova will be one of the ones to beat in this semi final, with her recent second place at the European Championships in Lisbon and a podium in Huatulco. She will definitely have a very strong opponent in local athlete Margit Vanek, third on the European Champs and winner of the ETU European Cup in Melilla.

USA’s Lindsey Jerdonek or Australia’s Emma Jeffcoat will be among the other ones to watch.

In the second semifinal, Renee Tomlin (USA) already knows what it’s like to race in Tiszaujvaros, and will be a great competitor having finished fifth at WTS Abu Dhabi and in Mooloolaba World Cup.

Other athletes to watch will be Japan’s Yuko Takahashi, Russia’s Elena Danilova, France’s Michelle Flipo and Spain’s Anna Godoy Contreras, all of whom have had some strong performances this season.

The top 14 athletes in each semi final will qualify for the final, to be held on Sunday, with another two places awarded to the next two best times.

Men’s Elite Preview
Silver medalist in the European Championship in Lisbon a month ago, Russian Dmitry Polyanskiy is one of the favorites in heat one, along with Australian Luke Willian and Hungarian athletes Istvan Kiraly and Akos Vanek, who will sure count on the crowds support.

The Russian team deployed in ‘Tiszy’ is quite strong, with Igor Polyanski and Vladimir Turbayevskiy among the ones to follow in the second semifinal. They will face some strong competitors as well, with Spain’s Francesc Godoy, Australia’s Drew Box or France’s Raphael Montoya fighting for a spot in the finals.

In the third semifinal the local athletes will be very strong competitors with Gabor Faldum, Tamas Toth and Laszlo Tarnai trying to secure their sport in the final, in addition to strong opponents such as Ukraine’s Ivan Ivanov and Italian Delian Stateff.

The top nine athletes in each semi final will qualify for the final, to be held on Sunday, with another three places awarded to the next three best times.

The 2016 Tiszaujavros ITU World Cup gets underway when the first elite women’s semi-final starts at 15:32pm (local time) on Saturday 9 July. The second women’s semi-final will start at 15:54 pm (local time). The first men’s heat will be at 4.21pm, with following heats every 20 minutes. The finals will follow on Sunday 10 July with the women’s at 3:45pm followed by the men’s final at 5.10pm.

Tune in live to the races on ITU’s YouTube channel here, as well as with live timing on triathlon.org/live. 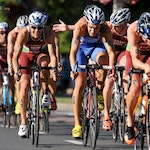 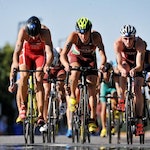 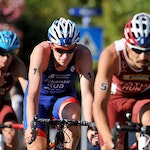 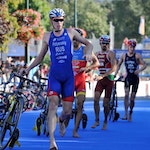 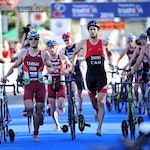 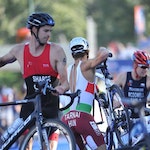 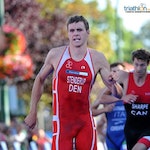 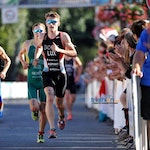 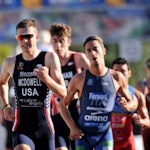 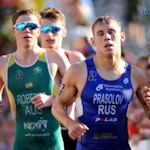 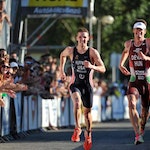 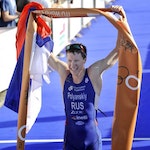