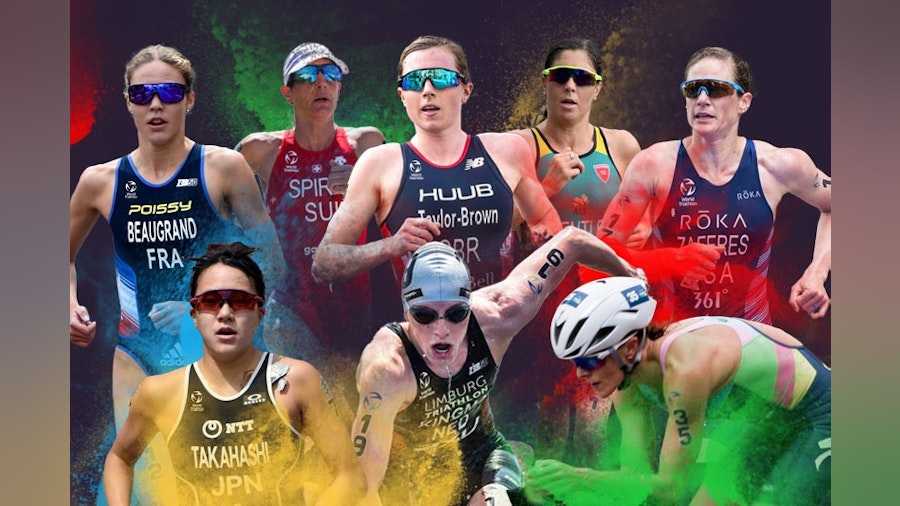 The wait is nearly over. On Tuesday 27 July, 6.30am local time, 55 women will dive into Odaiba Bay, each having navigated their own unique path to reaching the Tokyo 2020 Olympic start line over the past five years. Among them are experienced favourites, talented Games debutants and compelling stories of battling the odds to achieve their dreams. Now, all that is left is to string together the best swim-bike-run of their lives in a bid to achieve the result they crave.

The Tokyo 2020 course poses some sizeable challenges. The water temperature is likely to be in the high 20Cs for the two-lap, 1.5km swim. The humidity could be pushing 100% as they head out onto a flat, technical 40km bike with 8 laps in total, where the wind could whip through the high rises without warning. The air temperature is likely to be hovering around 30C as they rack their bikes and head out on to the 10km run.

Throw in all the pressures of an Olympic competition delayed by 12 months and one of the most competitive women’s fields in the sport’s 21-year Games history and the unpredictability, as well as the entertainment, will be off the charts. With just five races making up the Olympic Qualification Period leading in to Tokyo, where do some of the pre-race favourites sit in terms of readiness to meet the challenge? See how to watch the Games where you are here.

—
Even with just a single World Triathlon race so far in 2021, Flora Duffy will undoubtedly be one to watch. Finishing out of the medals in 8th at Rio 2016, the same year she won the first of her two world titles, will be all the motivation she needs to deliver this time around. Duffy has already said that Paris 2024 is not in her plans and Tokyo 2020 will be a final shot at that elusive Olympic gold. After coming through a gruelling WTCS Leeds in 4th place and knowing how well she can perform in the heat, her confidence, like her ability to deliver across all three segments and finish strongly, will be sky high.

Duffy’s bike prowess will be matched by Switzerland’s Nicola Spirig, the Swiss star heading to an unprecedented fifth Olympic Triathlon start line. Champion in 2012 after that sprint finish with Lisa Norden, silver medalist in 2016 after that battle with Gwen Jorgensen, Spirig is still in incredible shape, has peerless experience and all the skills to push for a history-making third Olympic medal in the sport if she can save some legs and be in the front pack off the bike.

A strong trio of American women on the start all make compelling, varied cases for becoming Olympic medalists. Summer Rappaport simply loves to race in Japan, scooping two Series silvers and two World Cup golds as well as Olympic qualification on these shores. Her biking has come a long way, her swim and run have always been her greatest assets, and after confirming her spot back in 2019, she has been able to focus on Olympic readiness, delivering the fastest 10km split so far this year: 33m24s in Yokohama.

Taylor Knibb is a former Junior and U23 World Champion and this year showed she can cut it at the very highest level, too, with victory in the season opener in Yokohama. A powerhouse on the bike, if she has the run speed over the closing stages, she will be a threat. Finally, Katie Zaferes was crowned 2019 World Champion after a brilliant run of results and, following the disruptive ups and downs of a difficult Qualification Period, has finally been able to zoom in on exactly what is needed to fulfil her Olympic potential.

The British team have similar firepower across all three squad members, Georgia Taylor-Brown perhaps the biggest name as well as biggest unknown in terms of form having had to wait for her opportunity to hit the start line in 2021 through illness and injury. The 2020 World Champion has an ability to keep calm in the most demanding circumstances but will need to focus on the small details after so long away from the blue carpet.

Taylor-Brown’s training partner Jessica Learmonth has also had some injury niggles over the past six months but came back to show why she is still a contender with a superb silver at WTCS Leeds. Always a pace-setter in the water and on the bike, Learmonth is as tough as they come and likely to be pressing for a podium just like teammate and 2018 World Champion Vicky Holland, as long as she can still be in striking distance out of T2 to use her signature run.

Australia will have three women on the start, with Ashleigh Gentle heading to her second Games eager to build on a 26th place finish at Rio 2016. Travel restrictions have meant Gentle has been in Australia for the best part of two years, but will have wasted no time working on exactly what she needs to challenge in Tokyo.

Cassandre Beaugrand and Leonie Periault lead the line for France, the former having landed a World Series gold in Hamburg in 2018 and finished in the top 10 this year in Leeds and undoubtedly capable of a rapid and potentially decisive run split.

Japan’s Niina Kishimoto and Yuko Takahashi will be hoping to use home advantage to their favour despite the lack of crowds to lift them. Takahashi has great depth of experience to call upon, while Kishimoto has a good track record in the heat but may struggle to keep in touch with the likes of Spirig and Duffy on the 40km bike.

Maya Kingma will be another pushing the pace across those 40km on the bike. A superb swimmer, too, Netherlands’ latest hotshot was the surprise star of Leeds last month and heads into the Games as the 2021 Series Leader. The 25-year-old is full of quiet confidence that this could be a huge year for her, while teammate Rachel Klamer heads to her third Games hoping to build on 10th place in Rio

Brazil’s 2019 Pan-American Games silver medalist Vittoria Lopes is also likely to be among the fastest through the water, while Italy’s Alice Betto has already delivered a brilliant race on the Odaiba Bay course, with silver at the Test Event two years ago.

Rarely to be found far from a Series top 10, Canada’s Joanna Brown has bronze-winning experience from the Commonwealth Games three years ago and more recently a brilliant third in Bermuda in 2019, finishing one place ahead of Austria’s Lisa Perterer who could thrive on racing in the heat of Tokyo and brings London 2012 experience with her to Japan.

The ASICS World Triathlon development team will be represented by Egypt’s first Olympic triathlete Basmla Elsalamoney, Argentina’s Romina Biagioli and Estonia’s Kaidi Kivioja, while Chilean legend Barbara Riveros is one of the greats to have come through the programme and finds herself on the fourth Olympic start line of an illustrious career.